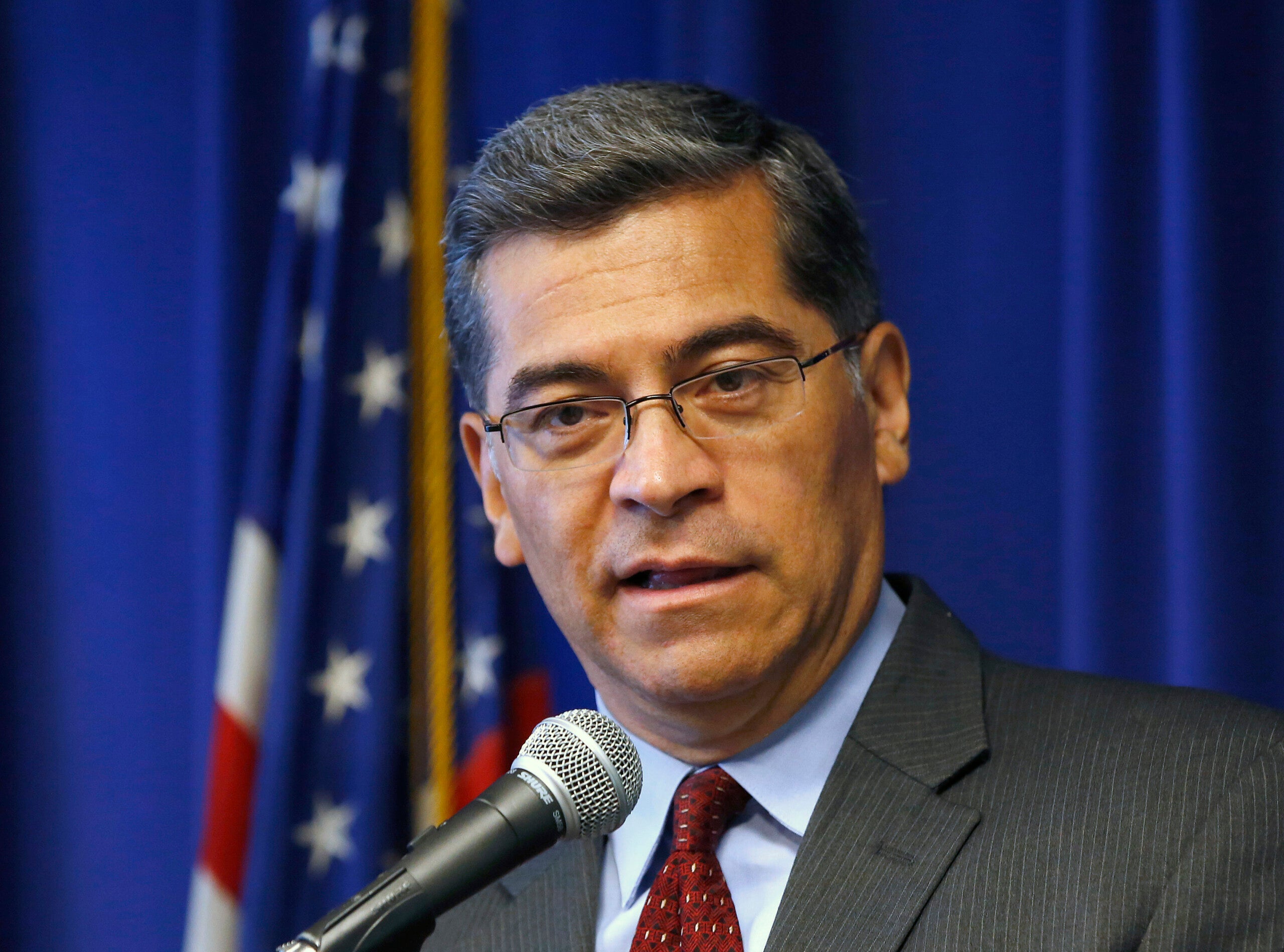 FILE - In this June 3, 2019, file photo, California Attorney General Xavier Becerra speaks during a news conference in Sacramento, Calif. Becerra announced Friday, Nov. 20, 2020, that he dropped a lawsuit against the state Republican Party that was seeking the names and contact information of every person who used one of the state Republican party's unofficial ballot drop boxes. (AP Photo/Rich Pedroncelli, File)
by: Tami Luhby and Jasmine Wright, CNN
Posted: Feb 23, 2021 / 07:21 AM EST / Updated: Feb 23, 2021 / 07:22 AM EST

(CNN) — President Joe Biden’s choice for the nation’s top health official will go before Senate committees on Tuesday and Wednesday, as Republicans attempt to torpedo the nomination.

Xavier Becerra, who is California’s first Latino attorney general, was tapped by Biden to be his Health and Human Services secretary in early December.

Becerra, who would be the first Latino HHS secretary if confirmed, is expected to defend his health care experience in his current job and in his longtime tenure in the House of Representatives.Republicans plan to attack him on his role in enforcing California’s pandemic lockdown and his support of abortion and other liberal policies.

As secretary, he would play a key role in combating the pandemic, which has now claimed more than 500,000 American lives, up from more than 283,000 when he nominated. Yet the Biden administration has been operating without anyone in the post for more than a month.

In his prepared opening statement first obtained by CNN, Becerra plans to address how he, as attorney general, responded to the pandemic in his own state. Becerra will say that HHS has a “central role” in meeting the ambitious goals Biden set to battle the pandemic and doing so in a bipartisan fashion.

“As attorney general, I saw the importance of this on the frontlines. I worked with colleagues in other states — both Republicans and Democrats — to make COVID treatments more readily available. I am ready to work with you, our state and local partners, and across government, to get this right,” Becerra is expected to say.

Becerra also will stress his upbringing as a son of a Mexican immigrant, his father’s recent passing and his history expanding health care access.

One of his highest-profile health care roles recently has been chief defender of the Affordable Care Act in court.

He has also battled the health care industry to keep costs down for consumers. In 2018, he filed a lawsuit against Sutter Health, a system of 24 hospitals and more than 12,000 doctors in Northern California, for using anti-competitive practices to consolidate market power, resulting in higher health care prices. The attorney general secured a $575 million settlement that requires Sutter to change some of its practices.

In addition, Becerra has been outspoken on the fight for women’s health, the rights of undocumented immigrants and his support for Medicare for All, making him a target for attacks from Republicans and potentially more conservative Democrats.

The goal for Becerra will be to avoid the same reaction Neera Tanden, Biden’s nominee for the Office of Management and Budget, who is facing public rejection from lawmakers in both parties.

Republicans have been targeting Becerra since his selection was announced. Arizona Sen. Tom Cotton on Monday launched a digital advertisement in Georgia and New Hampshire tying Becerra to California’s response to the pandemic — while pressuring any lawmakers up for election next cycle.

Cotton has been campaigning against Becerra for months, highlighting multiple issues with the nominee, from keeping California’s schools, churches and small businesses closed to his support for abortion rights.

“Xavier Becerra is a radical liberal with no real public health experience besides enforcing California’s disastrous lockdowns,” according to a statement released by Cotton’s office. “If confirmed, Xavier Becerra will put the health insurance we get at our jobs at risk. Any senator who votes for Xavier Becerra will face a reckoning from voters in the next election.”