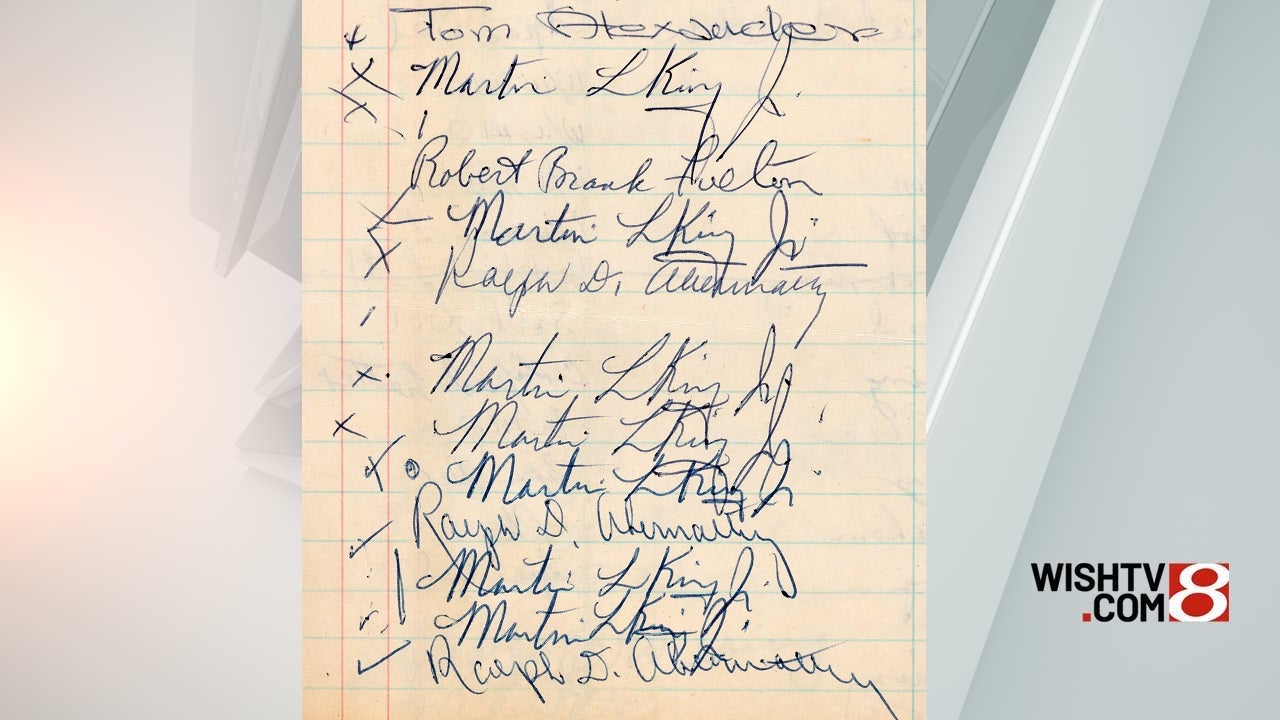 The logbook shows the entries dated between March 4, 1963, and Nov. 27, 1963, which correspond to the time when King wrote his famous “Letter from a Birmingham Jail.”

The logbook is said to have been saved by a jail employee who was told to destroy the ledger but decided not to, preserving the history, Hakes Auctions said in a news release.

“Perhaps never more so on any lot that we have offered over the past 54 years do the superlative terms ‘Priceless’ and ‘Museum Quality’ truly apply,” Hakes said in the release. “We trust its next caretaker will be as stirred by the aura of history it radiates just as much we are.”

The specific document with King’s signature is two sheets, four pages (61-64) front and back — and each line represents a written communication received at the jail.

At each occurrence, a jailer was required to confirm delivery of an incoming message filling out the date, the inmate’s name and the type of correspondence on the left page with the right page reserved for a signature confirmation, according to the news release.

Ralph D. Abernathy, another famous activist jailed with King at this time, also appears in the historical book. Abernathy signed three times on page 61 and twice on 63.

The logbook was passed down through the jail employee’s family. The auction marks the first public display of the book since its existence, the news release said.

The documents give a unique glimpse into the correspondence that King received during this historic time.

King was arrested in April of 1963. The city of Birmingham had obtained an injunction from the state forbidding anti-segregation protests, and King’s group was denied a parade permit. Yet when they proceeded to march anyway, King was arrested and spent eight days behind bars.

The current bid for the logbook stands at $14,641, and interested parties can submit their offers until Feb. 24.