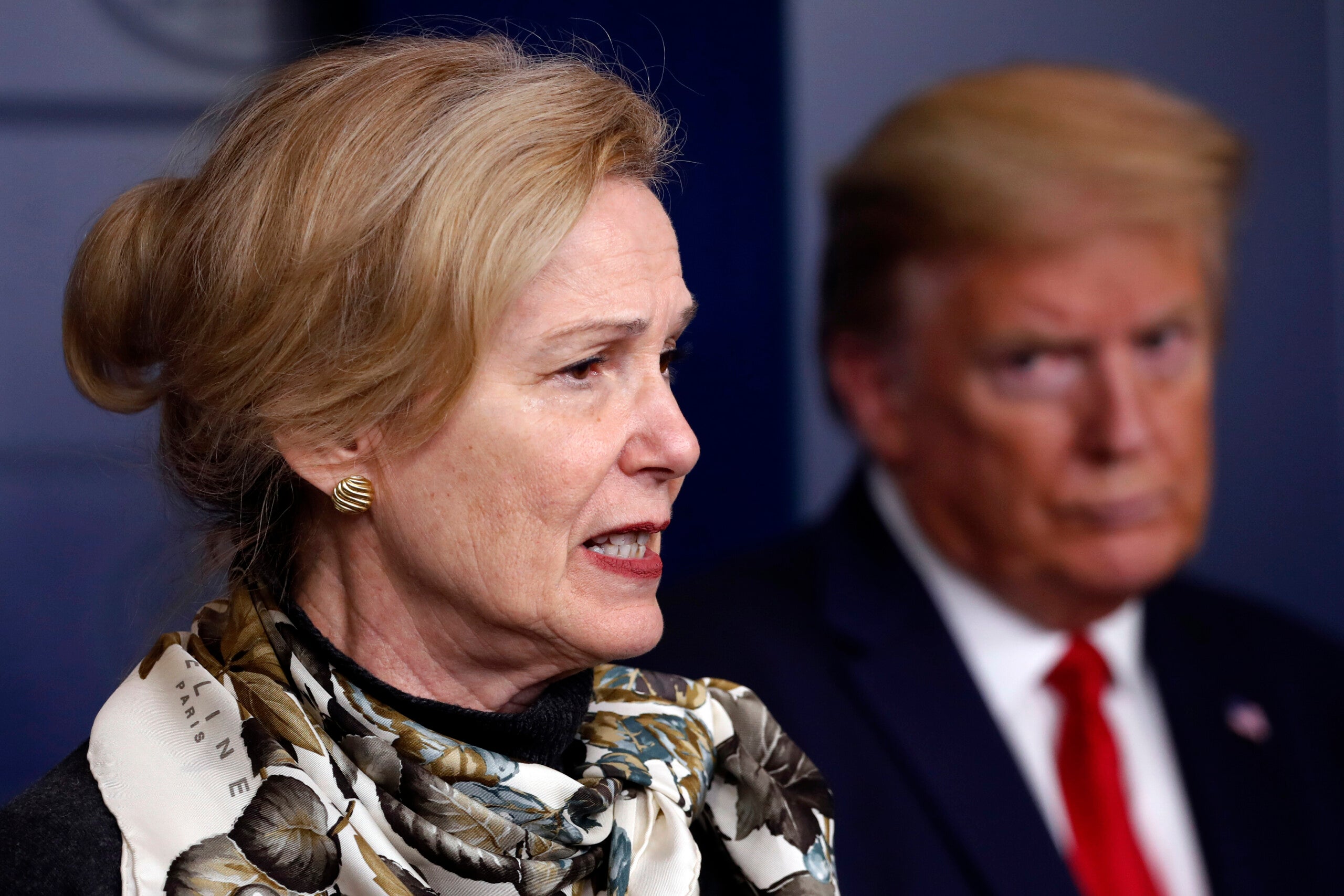 FILE - In this April 22, 2020, file photo, President Donald Trump listens as Dr. Deborah Birx, White House coronavirus response coordinator, speaks about the coronavirus in the James Brady Press Briefing Room of the White House in Washington. Birx was brought into President Donald Trump’s orbit to help fight the coronavirus, she had a sterling reputation as a globally recognized AIDS researcher and a rare Obama administration holdover. Less than 10 months later, her reputation is frayed and her future in President-elect Joe Biden's administration uncertain. (AP Photo/Alex Brandon, File)
by: Caroline Kelly, CNN
Posted: Jan 23, 2021 / 07:23 AM EST / Updated: Jan 23, 2021 / 07:23 AM EST

“I mean, why would you want to put yourself through that, um, every day?” Birx told CBS’ Margaret Brennan in a clip from an interview that will be released in full on Sunday.

“Colleagues of mine that I had known for decades — decades — in that one experience, because I was in the White House, decided that I had become this political person, even though they had known me forever,” she said. “I had to ask myself every morning: Is there something that I think I can do that would be helpful in responding to this pandemic? And it’s something I asked myself every night.”

When asked whether she had ever considered quitting, she replied, “Always.”

Birx, who served as the White House’s coronavirus response coordinator under Trump, retired on Wednesday, according to a recently updated US Department of State website. She often sought to toe the line between directly contradicting Trump on the pandemic and accurately portraying the data she pored over. In the fall, Birx ultimately ceded White House turf to top Trump adviser Dr. Scott Atlas, while hitting the road to spread her public health message.

Birx acknowledged during the interview that she knew the election outcome would be a factor in the administration’s communication about the pandemic.

“When it became a point where I could — I wasn’t getting anywhere and that was like right before the election, I wrote a very detailed communication plan of what needed to happen the day after the election and how that needed to be executed. And there was a lot of promise that that would happen,” she said, adding that she had never withheld information herself.

CNN reported in November that Birx had privately told colleagues she had not yet been contacted by anyone on then-President-elect Joe Biden’s team, and had privately expressed interest in keeping her role as coordinator of the White House coronavirus task force or a similar position within a Biden-led government. Her work did not translate into a spot on Biden’s new 12-member coronavirus task force.

In December, Birx told Newsy that she would assist in the transition to the Biden administration and would “be helpful in any role that people think I can be helpful in, and then I will retire.”