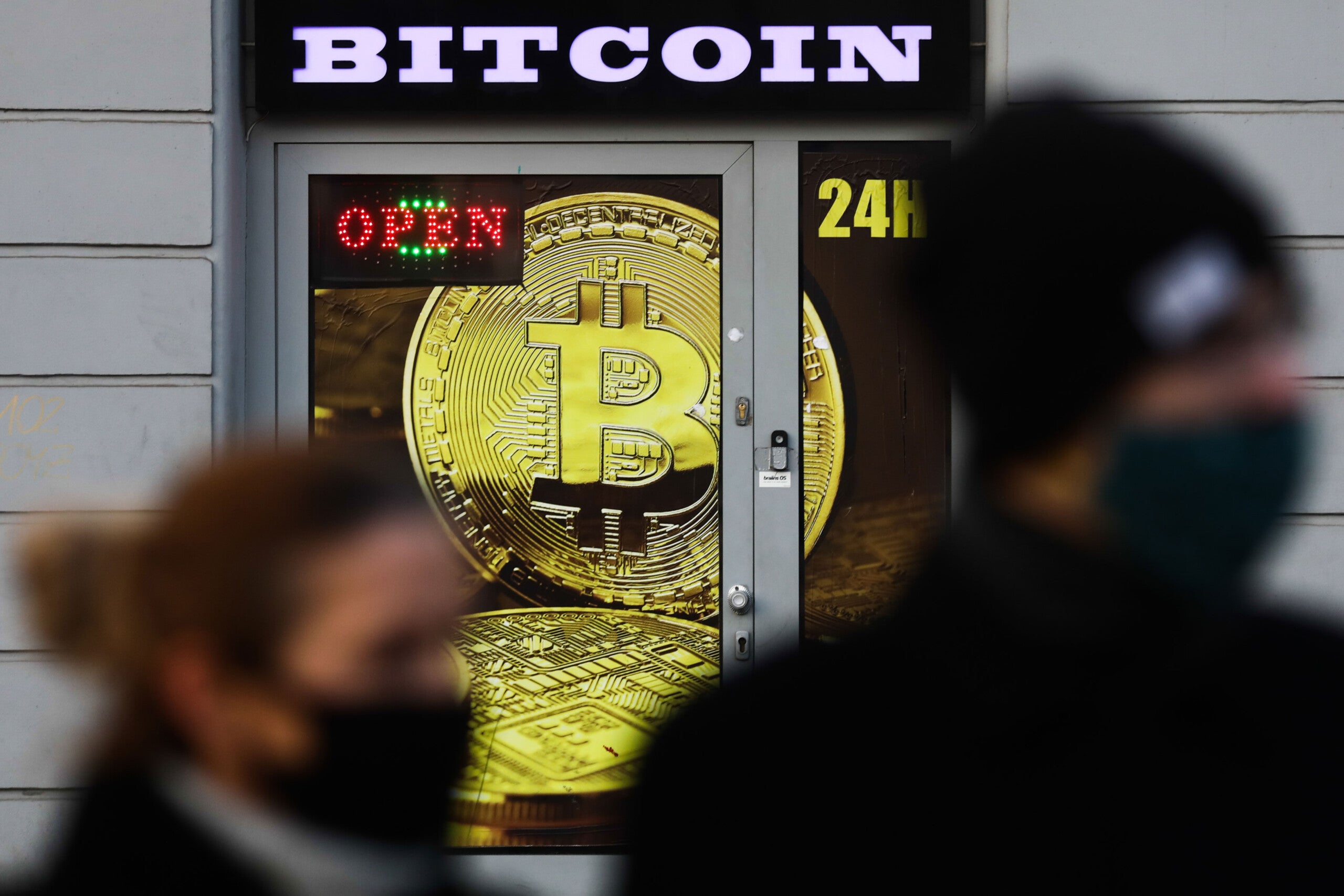 The digital currency hit a record $49,714.66 Sunday before pulling back somewhat. Bitcoin is still up about 4% over the past 24 hours.

Investors have sent the price of bitcoin skyrocketing during the pandemic as the Federal Reserve cut interest rates to near zero in March 2020 (and expects to keep them there for several more years), severely weakening the US dollar.

That makes bitcoin, comparatively, an attractive currency. There’s a set limit to the number of bitcoins on the planet, and investors believe that once the supply runs out, the digital coin’s value can only increase.

As bitcoin surges to all-time highs, big, name-brand investors are stockpiling it, and huge consumer companies are embracing it, aiding in bitcoin’s soaring valuation.

Last week, Tesla said it may soon accept the digital currency as payment for its cars. And Tesla, the most valuable car company on the stock market, said it is holding some of its cash in bitcoin rather than traditional currency.

On Wednesday, Mastercard announced it will support “select cryptocurrencies” directly on its network at some point later this year. That represented a major milestone for bitcoin: Square and PayPal recently began allowing customers to trade bitcoin, but Mastercard will be bitcoin’s most mainstream, major platform yet.

That’s adding a dose of validity and appeal to cryptocurrency for mainstream investors. For example, a top executive at BlackRock said last year that bitcoin could one day replace gold. And Jay Z and Twitter CEO Jack Dorsey announced Friday that the pair are establishing a bitcoin development fund.

Bitcoin passed $20,000 for the first time in December, and it has more than doubled in value in three months.

Still, the recent cryptocurrency surge is showing signs of a melt-up — over-enthusiasm fueled by the fear of missing out, not simply market fundamentals. Take Elon Musk’s sarcastic tweets about bitcoin rival Dogecoin in recent months: The digital coin, which itself was constructed as a cryptocurrency parody, shot up 50% earlier this month after Musk tweeted, only to crash over the past week.

Anthony Scaramucci, Skybridge Capital’s founder, has a big stake in bitcoin and a fund geared toward wealthy investors: The SkyBridge Bitcoin Fund LP. But even he says people need to watch out. He told CNN Business last month that it could be a solid addition to the average investor’s portfolio — but you’ve got to have the stomach for it. After all, bitcoin prices crashed below $4,000 shortly after reaching a previous peak of just under $20,000 in December 2017.

“This could be a blow up top bubble,” Scaramucci told CNN Business in January. “We expect the fund to be volatile and it could lose money,”

Scaramucci said bitcoin could suddenly tumble 20% to 50%. But he also highlighted bitcoin’s staying power over the course of the past decade: If you took $1 and put 99 cents of it in cash and a penny in bitcoin, that investment strategy would have outperformed $1 invested in the S&P 500 over the last 10 years, he noted.

“The more likely trajectory is that people can make a monumental amount of money. Bitcoin is unfettered by Federal Reserve policy or gold supply issues,” he said. “There is more demand for bitcoin now than supply. The price should go up.”