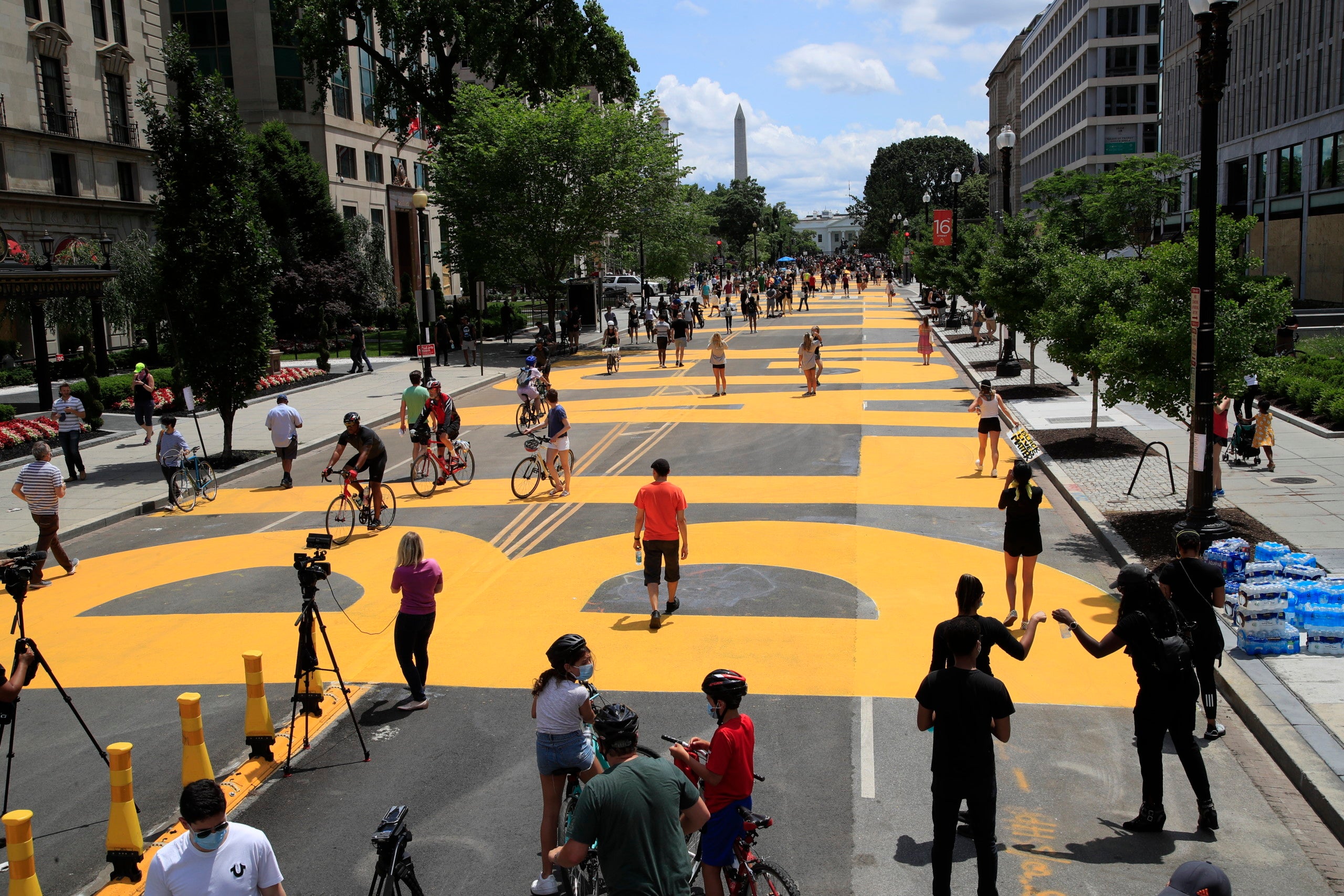 With the Washington Monument in the background people walk on the street leading to the White House after the words Black Lives Matter were painted on it by city workers and activists Friday, June 5, 2020, in Washington. (AP Photo/Manuel Balce Ceneta)
by: AJ Willingham, CNN
Posted: Jun 5, 2020 / 10:51 AM EST / Updated: Jun 5, 2020 / 02:24 PM EST

(CNN) — Washington DC is painting a message in giant, yellow letters down a busy DC street ahead of a planned protest this weekend: BLACK LIVES MATTER.

The massive banner-like project spans two blocks of 16th Street, a central axis that leads southward straight to the White House. Each of the 16 bold, yellow letters spans the width of the two-lane street, creating an unmistakable visual easily spotted by aerial cameras and virtually anyone within a few blocks.

Washington has been the site of more than a week’s worth of protests in response to the death of George Floyd at the hands of Minneapolis police officers. St. John’s Church, the site of President Trump’s roundly criticized photo opp during a peaceful protest, sits along the expanse of road that now bears the BLM message. They will continue this weekend, including one on Saturday that is expected to yield a large turnout.