Body identified as that of missing 15-month-old Evelyn Boswell 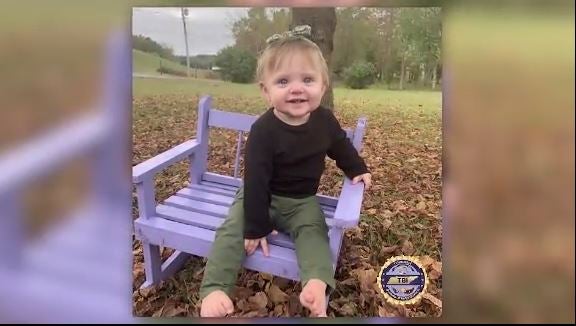 (CNN) — The body of a child found in Tennessee last week has been identified as that of missing 15-month-old Evelyn Boswell, authorities said.

“We have a sad update to pass along in our ongoing search for answers” in Evelyn’s death, the Tennessee Bureau of Investigation said in a tweet. “Remains found on Friday evening have been confirmed to be those of the little girl.”

Evelyn was reported missing last month, but she was last seen in December. Investigators have said they found the body after a tip led them to a property belonging to a “family member of Evelyn’s mother.”

Children’s clothing, diapers and toys were also found with the body, a TBI agent said Monday at a bond hearing for Megan Boswell, Evelyn’s mother.

Megan Boswell was arrested in February and has been charged with false reporting, according to the Sullivan County Sheriff’s office. Her bond was increased to $150,000 from $25,000 Monday after prosecutors spoke of Boswell’s ties to other states and charges of false statements.

Authorities say Boswell continually lied to them about the child’s whereabouts during their AMBER alert investigation and changed her story every time she spoke to police.

Boswell had sole custody of the child, officials have said. Evelyn’s father is an active-duty military serviceman stationed in Louisiana.

Evelyn’s grandmother Angela Boswell also was arrested, along with her boyfriend, while traveling in North Carolina days after the AMBER alert was issued. Authorities said they may have information about Evelyn’s disappearance.

They have been charged with possession of stolen property and extradited to Tennessee.

Angela Boswell appeared in court last week on the theft charge. The judge reset the case to March 24 after Angela Boswell said she was having trouble finding an attorney because of the “stigma” around the case.

Authorities have not released the cause of Evelyn’s death.

The investigation into her death is ongoing.