Bolton accuses Trump of lying ahead of book publication 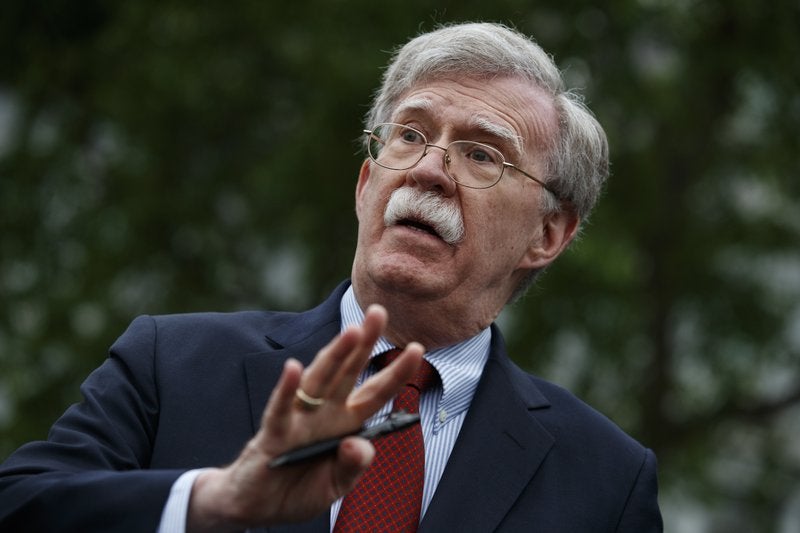 (CNN) — Former national security adviser John Bolton accuses President Donald Trump of lying more than once while in office during an interview with ABC News to be broadcast on Sunday, according to a promotional clip released by the network.

“Yes, he is. And it’s not the first time,” Bolton responds.

Bolton also says that he has not spoken to the President since he resigned last September and doubts he ever will again, making it clear that there is no love lost between the two men.

It is not clear from the short exchange what Bolton claims Trump is lying about, but the interview, framed as a conversation with “the person the President doesn’t want you to hear from,” comes as the former national security adviser is promoting a book that the White House has made clear it does not want to see published.

The legal fight over the release of the book, which is billed as an insider’s rebuke of Trump’s foreign policy, escalated Tuesday as the Trump administration went to court to try to claw back Bolton’s earnings for the book and to potentially stop the book’s publication, arguing in a lawsuit that Bolton had breached non-disclosure agreements and was risking national security by exposing classified information.

The suit, filed in Washington, DC, federal court, alleges that Bolton’s 500-plus page manuscript was “rife with classified information,” and prosecutors say that Bolton backed out of an ongoing White House vetting process for the book that he’d been obligated to do as a result of the agreements.

“(Bolton) struck a bargain with the United States as a condition of his employment in one of the most sensitive and important national security positions in the United States Government and now wants to renege on that bargain by unilaterally deciding that the prepublication review process is complete and deciding for himself whether classified information should be made public,” prosecutors write.

The legal approach in the case is one of the more extreme attempts in recent years to stop a former Trump adviser from recounting his experience, and the administration’s longshot attempt to stop the book’s publication raises major First Amendment implications.

Bolton’s case has landed in the courtroom of Royce Lamberth, a senior judge who’s the former chief judge of the DC District Court.

Lamberth has firmly sided in past cases with government transparency and free speech. He’s a Reagan appointee, a proud Texan and among the type of judges long praised for having an independent streak. Most recently, he’s ruled to allow a transparency group to depose Hillary Clinton about her emails, a decision that is now being considered by the appeals court.

The Washington Post quoted former Attorney General Eric Holder commenting on Lamberth in 2009, “there’s a saying that everything’s bigger in Texas, and this chief judge lives up to that adage … Nothing associated with this judge is a rubber stamp.”

Bolton’s book has already shipped to warehouses ahead of its scheduled release. He has taped the interview with ABC slated to air Sunday. And a source close to him says he is intent on publishing the book as scheduled Tuesday, meaning he expects to deal with any ramifications from the administration in the aftermath, not before.

Bolton’s attorney, Chuck Cooper, told CNN they “are reviewing the Government’s complaint, and will respond in due course.”

The Justice Department, in its filing on Tuesday, didn’t ask for emergency action in court, so Bolton may take several weeks before he responds, and the judge may not weigh in until after — long past the book’s publication date.

Bolton’s publisher, Simon & Schuster, said in a statement Tuesday that the lawsuit “is nothing more than the latest in a long running series of efforts by the Administration to quash publication of a book it deems unflattering to the President.”

“Ambassador Bolton has worked in full cooperation with the NSC in its pre-publication review to address its concerns and Simon & Schuster fully supports his First Amendment right to tell the story of his time in the White House to the American public,” the statement said.

Early revelations from the book have already made waves in Washington.

In January, as Congress debated articles of impeachment over Trump’s dealings with the leader of Ukraine, leaked portions of the manuscript described how the President had directly tied a freeze of US military aid to the country with a request for Ukraine to announce investigations into Trump’s political rivals in a conversation with Bolton. The account, which appeared in the New York Times attributed to multiple people’s descriptions of the book draft, undermined a key pillar of the President’s impeachment defense.

At the time, Cooper, Bolton’s attorney, claimed that the information had been improperly disclosed by people uninvolved with the then-ongoing review process.