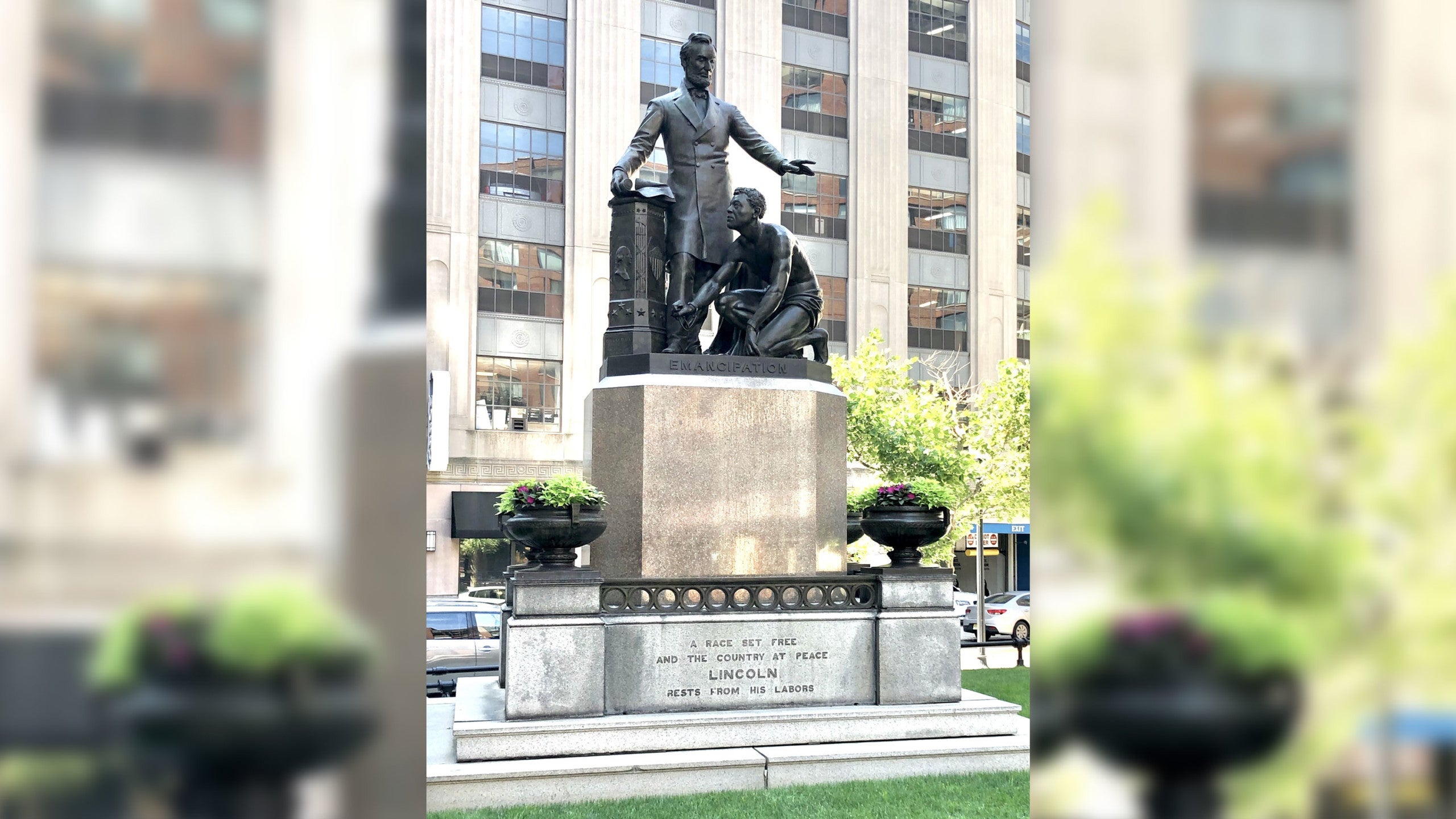 (CNN) — A statue in a Boston park depicting a formerly enslaved man kneeling before President Abraham Lincoln will be removed, according to city officials.

After two public hearings, the Boston Art Commission voted to remove the Emancipation Group, a statue installed in 1879 in Boston’s Park Square, according to a statement announcing the removal.

The statue is a replica of one in Washington, DC, and has been controversial since its installation for the depiction of the freed slave. The statue features Archer Alexander, a Black man who “assisted the Union Army, escaped slavery, and was recaptured under the Fugitive Slave Act,” the statement says.

The vote follows a nationwide movement calling for the removal of monuments that celebrate the Confederacy or viewed as racist.

“For generations, Bostonians have called for its removal due to its racist depiction of a Black person. Many also feel it implies that one person ended slavery and misrepresents the complexity of United States history,” the statement said.

The statue has always been criticized, but a petition started in early June renewed interest in its removal. Tory Bullock, a Boston area actor and activist, launched the petition with the intention of getting 1,000 signatures, but quickly surpassed that goal. Currently, the petition has over 12,000 signatures.

Bullock was inspired by the social and cultural moment that Black Lives Matter protests created and felt this was a good time to reintroduce the issue.

“I just want everyone to know that this is an incredible moment, and I don’t want it to be lost on them,” Bullock told CNN. “This was a digital experience. No one had to march, no one had to risk their lives, and we were able to effect some real change.”

“After engaging in a public process, it’s clear that residents and visitors to Boston have been uncomfortable with this statue, and its reductive representation of the Black man’s role in the abolitionist movement,” Walsh said in a statement.

The removal date is pending documentation of the statue, which will include pictures and a 3-D scan of the piece, as well as guidance on the proper way to remove and store the historical item, the commission said. They said they will have another meeting on July 14 to “continue the conversation,” their statement reads.

Although there are no details of where the statue might be moved to, the commission intends for it to be in a “new publicly accessible setting” where the work can be recontextualized, they said.