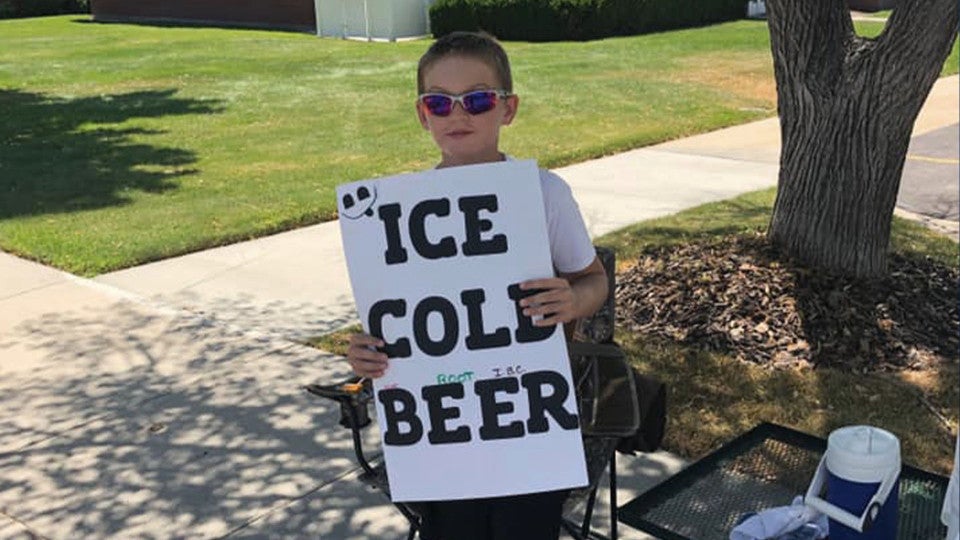 BRIGHAM CITY, Utah (WFLA) – A boy in Utah had a marketing strategy so good that people called the cops on him.

The boy is seen holding a sign posted by the Brigham City Police Department with a sign that says “ICE COLD BEER” but in small letters above “BEER” it says “ROOT.”

Police captioned the photo: “This young man, in the area of 600 South 200 East, has a twist on a lemonade stand. Yep, he’s selling beer … ROOT BEER, that is. His marketing strategy has resulted in several calls to the BCPD, but apparently its paid off as business has been good.”

And it was a necessary day for a cool drink as the high temperature in Brigham City was 92 degrees.