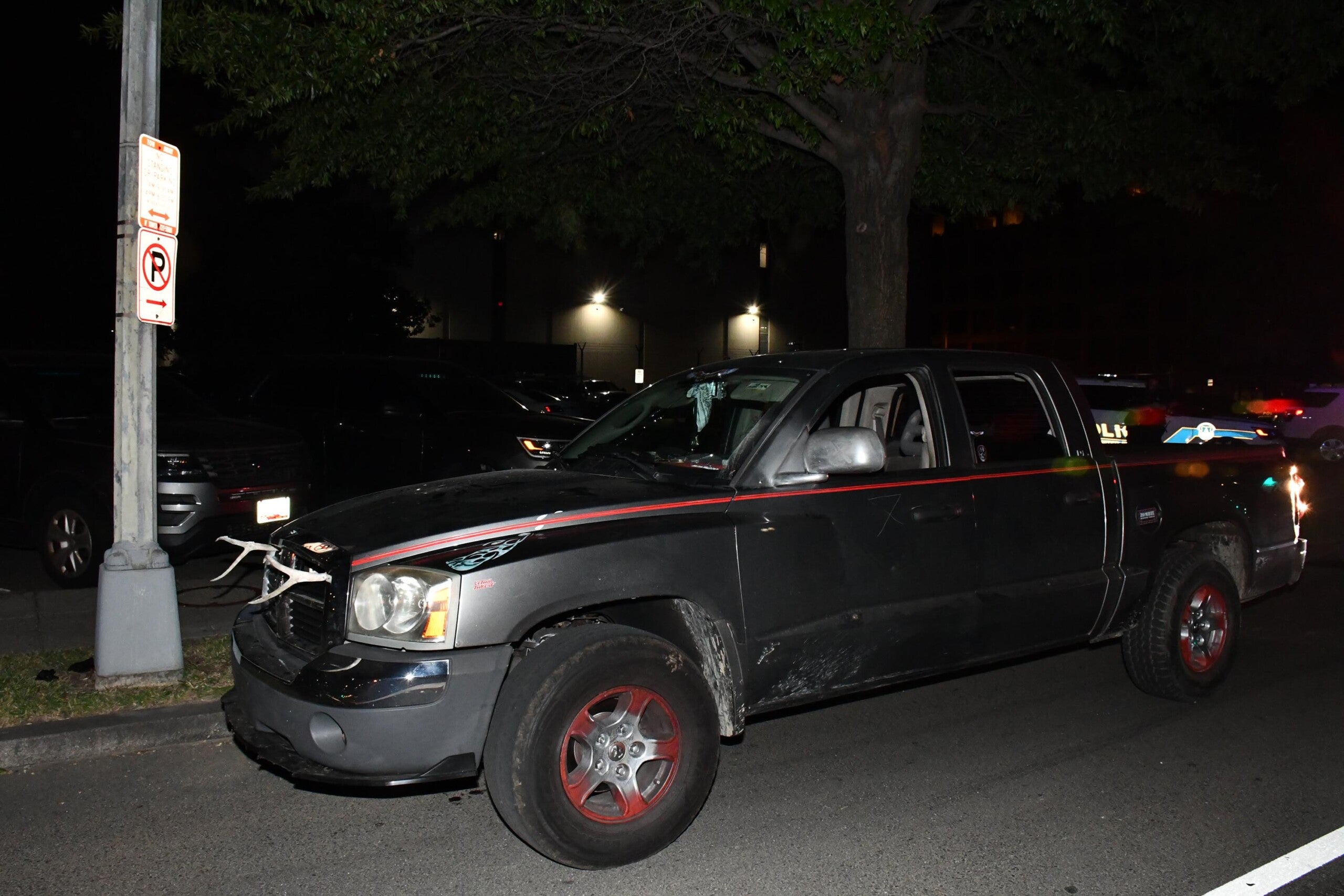 (CNN) — U.S. Capitol Police say they arrested a California man who had multiple knives in his truck, which had a swastika and other White supremacist symbols painted on it, near the Democratic National Committee headquarters early Monday morning.

Officers on patrol noticed the Dodge Dakota pickup truck around midnight Sunday. Police say the truck didn’t have a license plate but instead a picture of an American flag.

The officers pulled over the truck and noticed a bayonet and machete, which are illegal in the District of Columbia. The driver, identified as Donald Craighead, 44, of Oceanside, California, was arrested.

The arrest comes while law enforcement officials are already bracing for potential clashes and unrest during an upcoming right-wing rally on Saturday in Washington, D.C., according to an internal Capitol Police memo reviewed by CNN last week.

The arrest came hours before Capitol Police Chief Tom Manger told reporters that the U.S. Capitol Police board has approved the department’s request to reinstall temporary fencing around the building ahead of the planned rally this weekend. Fencing was erected around the Capitol following the deadly January 6 riot though it was eventually pared back and removed over the summer.

Pelosi said on Monday that the security plan ahead of a planned rally at the Capitol on Sept. 18 “seems much better,” echoing Senate Majority Leader Chuck Schumer’s remarks after the security briefing. But Pelosi noted she doesn’t “have anything to compare it to, because we weren’t briefed before,” referring to the January 6 insurrection.

“So it’s not like I can compare it to before but … I’m sure we’ll have ongoing communication,” she added after leaving the briefing.

Asked by CNN whether the National Guard would be brought in for the Sept. 18 rally, Pelosi responded: “You’ll have to ask the police board.”

Monday’s incident also comes a month after an hours-long standoff near the U.S. Capitol on Aug. 19 during which a 49-year-old male suspect from North Carolina claimed to have an explosive device. That incident prompted multiple buildings in the area to be evacuated. After that suspect was arrested, U.S. Capitol Police said that no bomb was found in the suspect’s truck but that he did possess suspected bomb-making material.

This story has been updated with additional developments Monday.