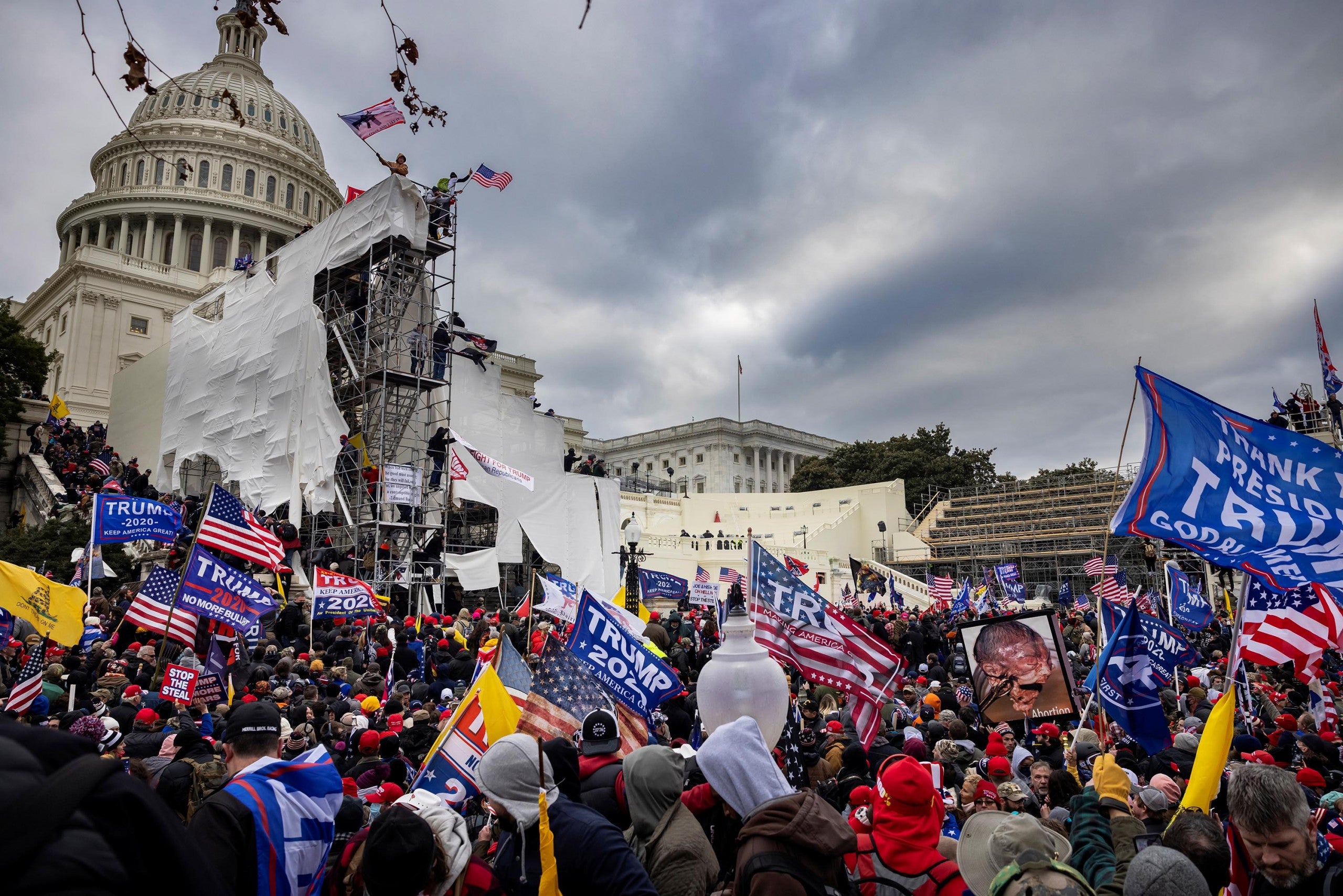 (CNN) — At least one of the Capitol riot defendants has flipped against the Proud Boys, agreeing to provide information that could allow the Justice Department to bring a more severe charge against the group’s leadership, according to an attorney involved in the case.

The development is the first indication that people charged in the insurrection are cooperating against the pro-Trump extremist group. Federal prosecutors have made clear they are focused on building conspiracy cases against leadership of the Proud Boys and paramilitary groups like the Oath Keepers.

Court records have made murmurs for weeks about cooperators and plea deals in the works, and prosecutors revealed that a rioter wearing an Oath Keepers hat was in talks to cooperate earlier this week.

Yet the cases are still in early stages. None of the defendants have pleaded guilty yet, and prosecutors have struggled at times to convince judges to perceive high-profile defendants as conspirators who organized the violence toward Congress on January 6 in advance.

What happens next is likely to follow the same pattern as in organized crime or drug investigations, with prosecutors pressuring knowledgeable defendants to become witnesses. Some may sign up to cooperate, and many of those charged are likely to plead guilty to avoid trial or more severe charges.

So far, around two dozen people associated with the Proud Boys have been charged with federal crimes related to the riot.

It’s always been likely that prosecutors would gain cooperators against the Proud Boys, Oath Keepers and other extremist factions involved in the riot, according to several defense attorneys involved in the cases.

“Whenever you have a large group of people arrested” and in jail, prosecutors will typically observe the group and pressure defendants to flip on one another, said Martin Tankleff, a criminal defense attorney who spent years in prison for a wrongful conviction. “They’re going to start talking. They’re going to start sharing information.”

Tankleff represents a handful of Capitol riot defendants, including alleged Proud Boy “warrior” Dominic Pezzola; Ryan Samsel, who his attorneys say was beaten by a guard at the DC Jail in March; and Richard Barnett, the boastful Arkansas man accused of putting his feet on a desk in House Speaker Nancy Pelosi’s office. Tankleff and his law partner Steven Metcalf declined to comment on the status of their clients’ cases in the Capitol riot investigation.

Weeks ago, another attorney for Pezzola wrote in court filings that he believed a so-called “cooperating witness” was sharing information about the Proud Boys. Prosecutors had revealed the witness heard Proud Boys members talking about wanting to kill members of Congress and then-Vice President Mike Pence and return to Washington for Inauguration Day, and that members of the group had access to guns. The witness wasn’t charged with a crime and isn’t affiliated with the Proud Boys, the Justice Department later clarified.

In other cases, court records have shown key people among the extremist groups on January 6 haven’t been indicted, for reasons that are still unclear. And some defendants who aren’t charged in the alleged extremist group conspiracies could have valuable information for the investigation.

At least one defendant, Jon Schaffer, an Indiana guitarist with the heavy metal band Iced Earth, is considering cooperating, according to a filing on Monday. Schaffer allegedly charged at police officers in the Capitol insurrection and is in jail while he awaits trial. In court, he has distanced himself from the Oath Keepers.

Still, Schaffer did “debrief interviews” starting in March, according to the filing, which prosecutors intended to share in court confidentially and mistakenly made public.

“Based on these debrief interviews, the parties are currently engaged in good-faith plea negotiations, including discussions about the possibility of entering into a cooperation plea agreement aimed at resolving the matter short of indictment,” the filing said.

Other agreements and interviews in addition to Schaffer’s are in the works, according to the attorney who spoke to CNN this week.

But prosecutors haven’t yet been authorized by Justice Department leadership to finalize plea deals, according to the Schaffer case and a hearing in the 12-defendant Oath Keepers conspiracy case on Tuesday afternoon.

These types of precursor interviews where defendants share what they know, called proffer sessions, can sometimes come before guilty plea deals. In this type of legal mechanism, prosecutors give defendants protection so they can provide information without fear of being charged with additional crimes.

In many of the Capitol riot cases, the FBI already revealed it had interviewed defendants before or at the time of their arrests, including members of the Proud Boys. What investigators learned in those interviews — and if that information could be used to make bigger cases, or lead to defendants speaking to investigators again or even testifying before a grand jury or at trials — still isn’t clear.