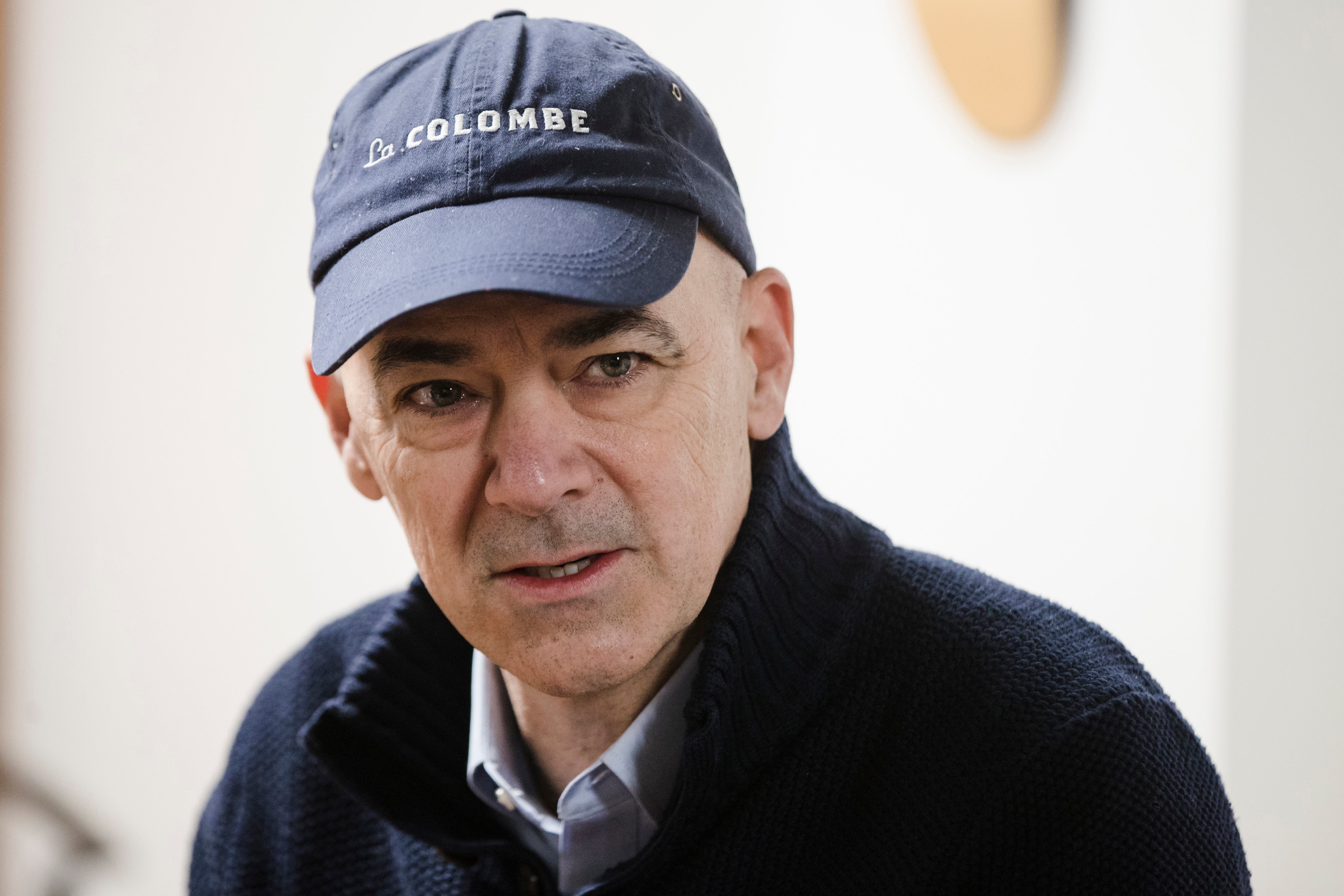 In this Nov. 30, 2017 photo, Todd Carmichael, chief executive and co-founder of Philadelphia-based La Colombe Coffee, speaks to me media in Philadelphia. The president of a Pennsylvania school board whose district had warned parents behind on school lunch bills that their children could end up in foster care has rejected Carmichael's offer to cover the cost, the businessman said Tuesday, July 23, 2019.( AP Photo/Matt Rourke)
by:
Posted: Jul 23, 2019 / 04:40 PM EST / Updated: Jul 24, 2019 / 07:52 AM EST

(AP) — The president of a Pennsylvania school board whose district had warned parents behind on school lunch bills that their children could end up in foster care has rejected a CEO’s offer to cover the cost, the businessman said Tuesday.

Todd Carmichael, chief executive and co-founder of Philadelphia-based La Colombe Coffee, said he offered to give Wyoming Valley West School District $22,000 to wipe out bills that generated the recent warning letter to parents.

But school board President Joseph Mazur rejected the offer during a phone conversation Monday, Carmichael spokesman Aren Platt said Tuesday. Mazur argued that money is owed by parents who can afford to pay, Platt said.

Mazur did not return a phone message left at his home. Wyoming Valley West’s solicitor, Charles Coslett, said he did not know what the school board plans to do.

“I don’t know what my client’s intention is at this point. That’s the end of the line,” Coslett said.

In a letter sent to papers in the Wilkes-Barre area on Monday, Carmichael said his offer was motivated in part because he received free meals as a child growing up near Spokane, Washington.

The letters from the school district warned parents that they “can be sent to dependency court for neglecting your child’s right to food,” and that the children could be removed and placed in foster care.

Child welfare authorities have told the district that Luzerne County does not run its foster system that way.

In an editorial Tuesday, the Times-Tribune of Scranton called the threats shameful and an act of hubris. The paper urged lawmakers and the state Department of Education to “outlaw such outlandish conduct by law and regulation covering lunch debt collection.”

School district officials have said they planned other ways to get the lunch money, such as filing a district court complaint or placing liens on properties.

In the coming school year, Wyoming Valley West will qualify for funding to provide free lunches to all students.