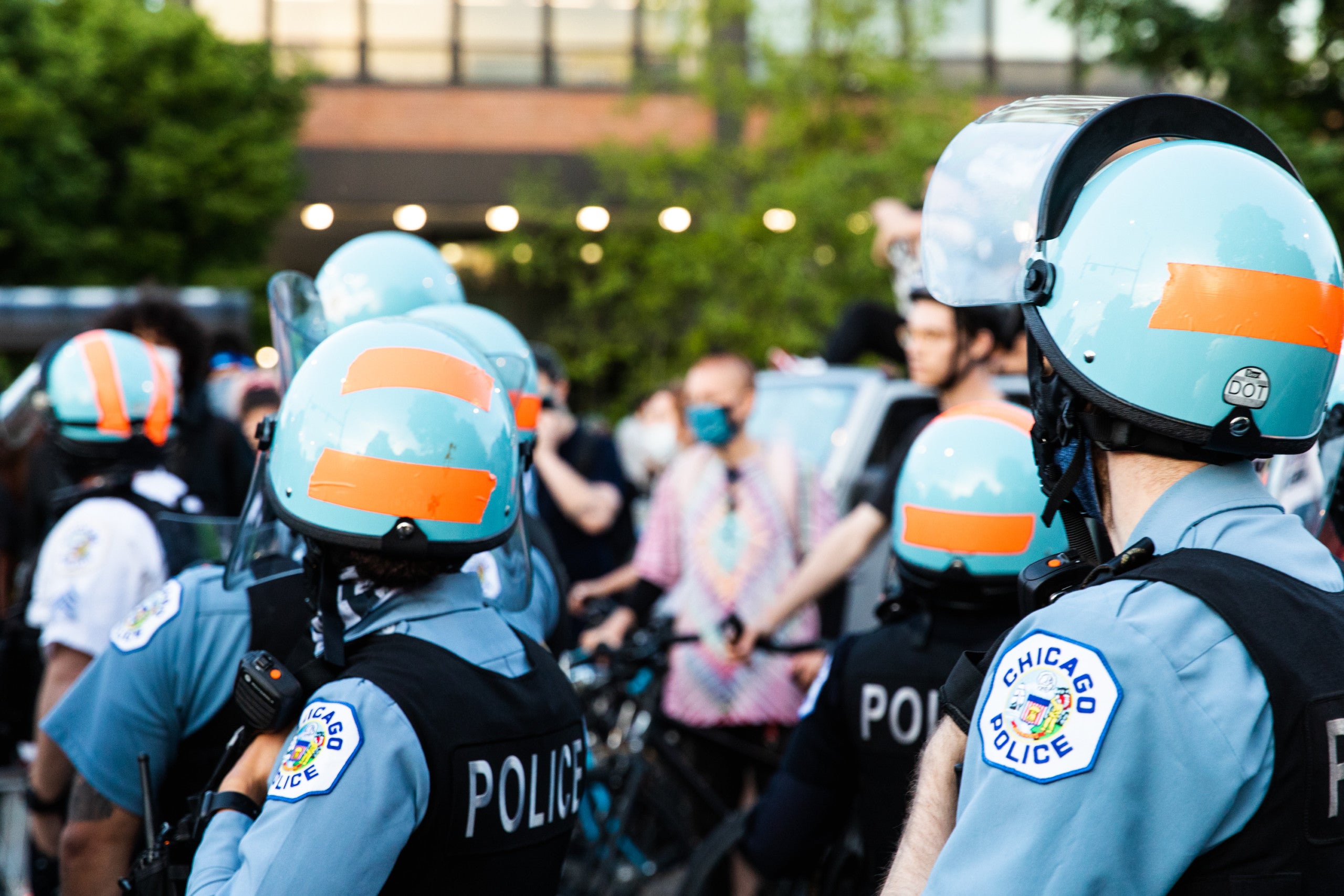 (CNN) — A Chicago police officer who flipped off a crowd of protesters has been sent to desk duty.

Police Superintendent David O. Brown has relieved an police officer of his police powers after he extended his middle fingers towards protesters last Thursday, according to a Chicago Police Department (CPD) statement issued Tuesday.

“The officer used a vulgar, offensive gesture directed at a member of the public while on duty and in uniform. The member will be limited to administrative duties at the direction of the Superintendent,” it said, describing the officer’s conduct as “unbecoming.”

The incident in Chicago is one of many in the past two weeks that saw police officers antagonize otherwise peaceful protesters demanding justice in the death of George Floyd. A few have gone further — in one week there were at least nine instances of police using excessive force caught on camera. A number of officers have been arrested and charged with crimes. Others have been fired or simply resigned.

On Friday, Chicago Mayor Lori Lightfoot said she had seen a photograph of the officer “giving people the finger,” and added, “We’ll find that person and in my view, that person needs to be immediately stripped of their police power and start the process for firing him.”

A statement from CPD said earlier, “CPD strives to treat all individuals our officers encounter with dignity & respect. We do not tolerate misconduct of any kind and have opened an investigation into this incident.”

Photographer Colin Boyle tweeted the photo on Thursday and said the officer was in a van with about a dozen other officers trailing a group of protesters. The officer, Boyle tweeted, was “clearly flipping off the protesters from the van.” He also shared video of the moment.