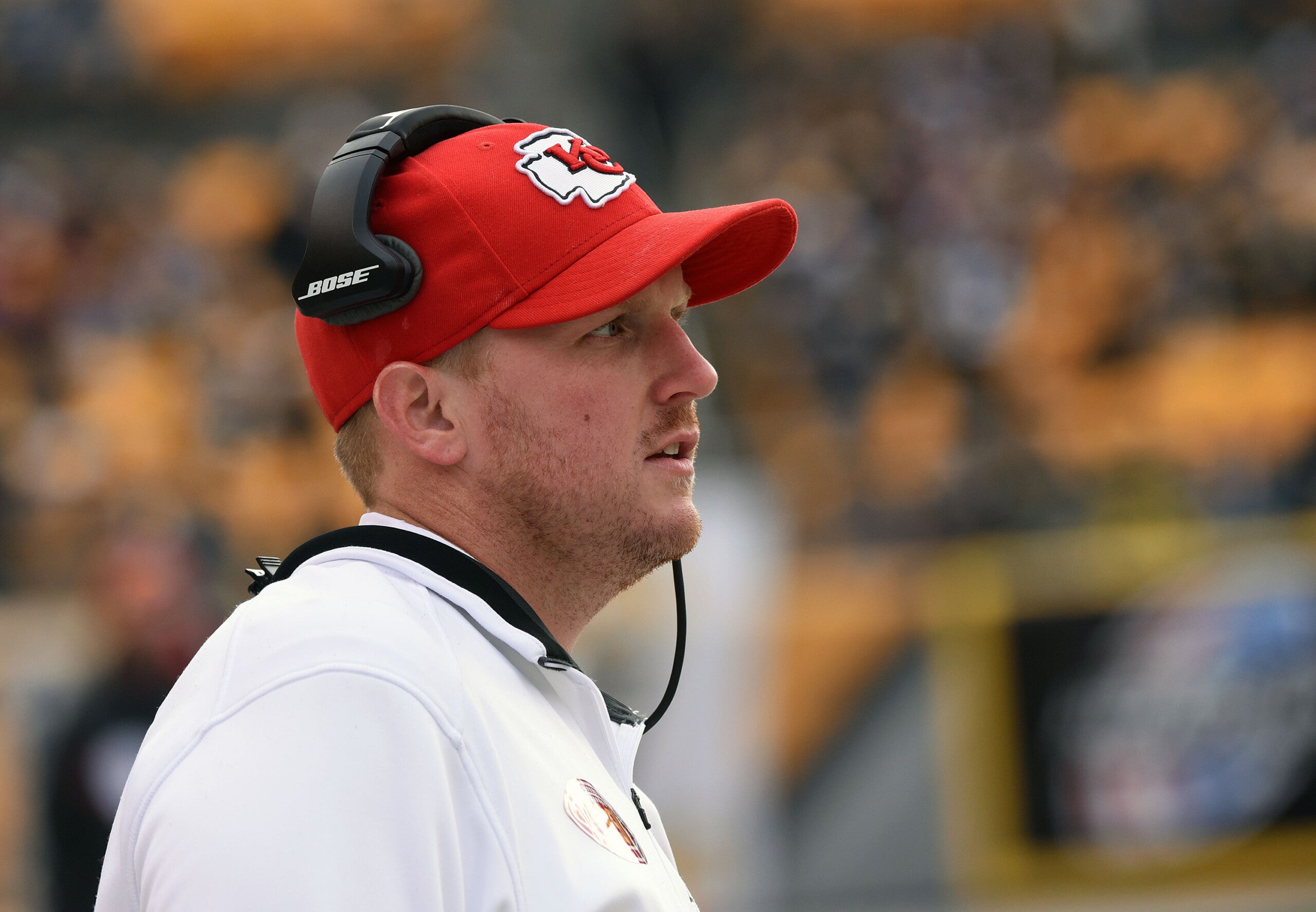 PITTSBURGH, PA - DECEMBER 21: Quality control coach Britt Reid of the Kansas City Chiefs looks on from the sideline before a game against the Pittsburgh Steelers at Heinz Field on December 21, 2014 in Pittsburgh, Pennsylvania. The Steelers defeated the Chiefs 20-12. (Photo by George Gojkovich/Getty Images via CNN)
by: David Close and Amir Vera, CNN
Posted: Feb 10, 2021 / 04:49 AM EST / Updated: Feb 10, 2021 / 04:49 AM EST

(CNN) — The Kansas City Chiefs placed outside linebackers coach Britt Reid on administrative leave Tuesday after he was involved in a multi-vehicle crash that hospitalized two children, leaving one with a brain injury.

The team said in a statement that they “remain in the process of gathering information on the incident, and we will continue to assist local authorities as requested.” Britt Reid is the son of head coach Andy Reid.

The Chiefs said their focus remains on the 5-year-old girl and her family, according to their statement.

“We have reached out to the family to offer our support and resources to them during this difficult time, and we will continue to pray for her recovery,” the statement read.

The child remains in critical condition with a brain injury as of Tuesday. A GoFundMe created by Tiffany Verhulst, the child’s aunt, on behalf of her mother has raised more than $425,000, well past its initial goal of $100,000.

In a post on Tuesday, Verhulst said the girl has not yet regained consciousness.

The three-vehicle crash took place Thursday night when Kansas City, Missouri, police said a Chevrolet Impala was disabled on the ramp of Interstate 435, and the driver called family members for assistance. His family members arrived and parked their Chevrolet Traverse south of the disabled car.

A Dodge Ram truck allegedly driven by Reid then struck both vehicles.

The driver of the Dodge Ram — identified by police as Reid — is being investigated for impairment, according to the police incident report. Reid sustained injuries in the accident that required surgery, his father said on Monday.

Reid told a responding officer that he had consumed “two to three” drinks after the officer observed an odor of alcohol “emanating” from Reid as well as “bloodshot and red” eyes. Reid also told the police that he takes the prescription drug Adderall, according to a search warrant first obtained by CNN affiliate KSHB.

The officer conducted a field-sobriety test and observed signs of impairment, the warrant states. Reid was taken to a local hospital after complaining of stomach pain.

Reid has not been charged with any crime.

According to the search warrant, a computer check performed by police revealed Reid has had “multiple prior DUI contacts.” The police sought and received a judge’s permission to collect blood from Reid to assist with their investigation.

As a result of the crash, Reid did not travel with the Chiefs to Sunday’s Super Bowl against the Tampa Bay Buccaneers in Tampa. The Chiefs lost 31-9.