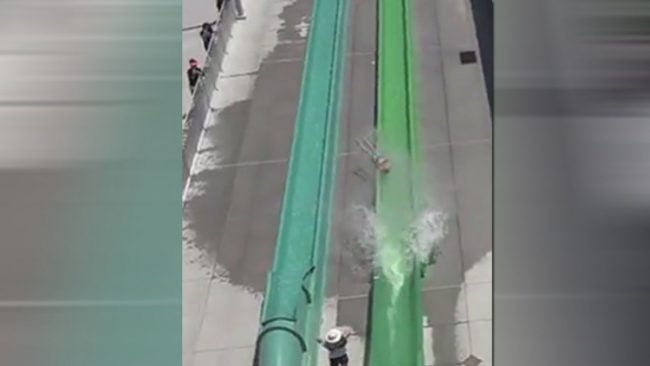 DUBLIN, Calif. (KRON) — Opening day at a new California water park took a drastic turn when a 10-year-old boy was thrown from a water slide on Saturday.

The East Bay Times reported that the incident happened around noon at The Wave water park when the boy was thrown out of the Emerald Plunge water slide and landed on the concrete.

He sustained scratches on his back and was able to walk away before being helped by a lifeguard and a city employee.

The Emerald Plunge slide was closed after the incident.

According to park officials, riders are supposed to cross their arms and legs when going down the slide and the boys legs were apart.

Video of the scary accident can be found here.