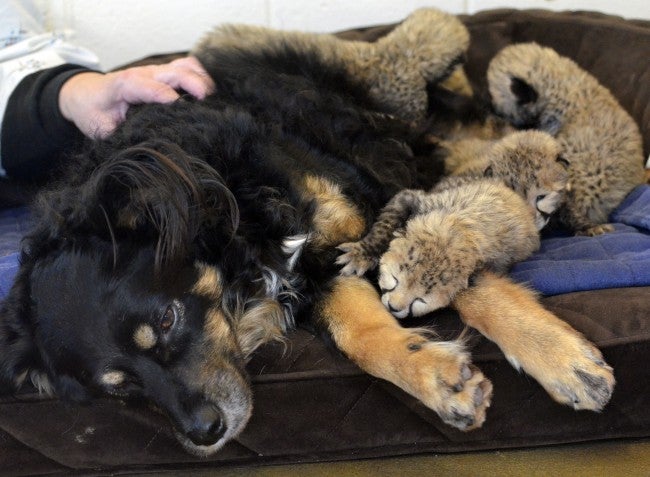 CINCINNATI (AP) – The Cincinnati Zoo says one of its cheetahs has died two weeks after giving birth to five cubs in a rare C-section procedure.

The zoo said Tuesday that the cheetah named Willow had been lethargic since giving birth and stopped eating over the last few days.

But the zoo says the five cubs that have been getting around-the-clock critical care are doing much better.

The head of the zoo’s nursery says the cubs are opening their eyes and have been eating better in recent days.

Zoo workers are bottle-feeding the cubs and have brought in an Australian shepherd dog to give the cubs a companion to snuggle and provide some warmth.

The zoo says having the dog nearby also helps the cubs develop by giving them a body to climb.