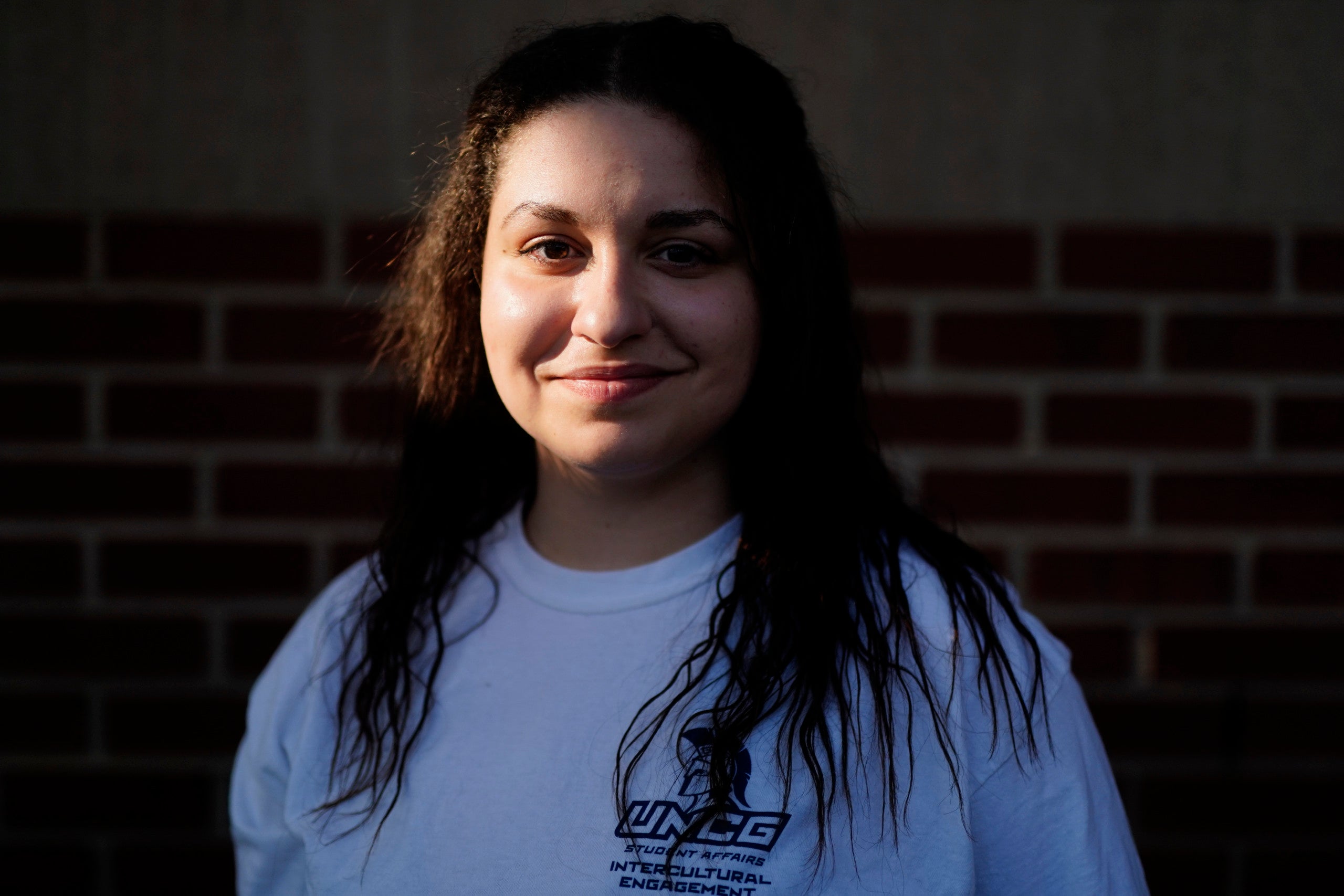 Laura Comino, a senior at the University of North Carolina at Greensboro poses for a picture on Tuesday, July 14, 2020, in Charlotte, N.C. College students are getting ready to return to school in August as the country deals with the coronavirus pandemic. More and more campuses are sparking frustration by releasing plans to keep students' housing payments, even if the campuses shut down again and go entirely online in the fall. (AP Photo/Chris Carlson)
by: BRYAN ANDERSON, Associated Press/Report for America
Posted: Jul 24, 2020 / 02:50 PM EST / Updated: Jul 24, 2020 / 02:51 PM EST

RALEIGH, N.C. (AP) — When Laura Comino opened the housing email from the University of North Carolina at Greensboro in June, she knew she had to take action.

At the direction of the state’s public university system, UNCG asked her to sign a housing contract addendum acknowledging that she might not get a refund if the school kicks her out of her dorm in the fall because of the coronavirus pandemic.

“People got so incredibly upset thinking this would affect all of us, and there’s a possibility where it still might,” Comino said.

With classes scheduled to begin in August, the possibility of no refunds has left students and administrators alike with questions. Comino and the dean of her school, Andrew Hamilton, both called the policy “clear as mud.”

Like Comino, students across the country are facing uncertainty about whether they’ll get housing refunds if they’re displaced from campus by the pandemic. And they are pushing back against policies they view as prioritizing university revenue over their financial well-being.

The University of South Florida and the University of Maryland have said they would not be obligated to refund students if COVID-19 prompts them to close residence halls. Washington State University issued a similar policy, but then reversed it. And Stanford University students have complained about having to move abruptly to make room for a quarantine area.

The flagship UNC campus at Chapel Hill plans to offer refunds or credits if students are kicked out of their units, creating concerns about unequal treatment at different campuses.

“We’re going to have to find out from the system what they want us to do, because some schools can afford to do it and some schools can’t,” UNCG Chancellor Franklin Gilliam said.

UNC System spokesman Josh Ellis said the guidance was meant to inform students that housing and dining refunds might be unavailable, but no definitive decisions have been made. The system announced Thursday that tuition and fees will not be prorated if classes go entirely online, but refund policies for housing and dining costs remain unchanged.

“No plan has been put out to say: If you’re vulnerable, here’s what we’re going to do,” Comino said of the system’s clarification.

On July 1, Washington State emailed students a contract addendum saying they must pay housing and dining costs even if COVID-19 forces them to leave campus.

The move prompted substantial backlash, including a petition that gathered more than 7,000 signatures. The university reversed course the following week and said it would refund students living on its five physical campuses if public health officials ordered residential areas closed.

WSU spokesman Phil Weiler said the policy was initially drafted to give financial stability to the housing and dining departments, which face a $20 million loss this fall because 2,000 fewer students will be housed.

“They are in extreme financial distress and were making a decision in the best interest for the long-term viability of the operation,” Weiler said.

Curtis Cohen, a rising senior who is WSU’s student body president, said the updated policy doesn’t satisfy concerns he’s heard from his classmates. A tuition rate increase disappointed him, and he would have liked to see “more transparency” about the school’s finances before it passed operation costs onto students.

At Stanford University, some students were forced to move to make space for isolation areas needed if a COVID-19 outbreak occurs.

Stanford Law School student Tiarra Rogers, who paid $1,667 a month with her boyfriend for their 325-square-foot campus apartment, lived in one of six vacated graduate student studios.

Her lease expires Aug. 16, but she moved out in July after finding a new apartment that’s bigger but more expensive. She anticipates being refunded about $2,000 to cover the difference between her lease expiration and move-out dates but has had trouble reaching the housing office.

“When I found a new apartment, I called them 22 times over three days and was never able to reach a person,” Rogers said. “It’s frustrating and doesn’t feel like they always have students’ best interest in mind.”

As co-president of a group supporting low income and first-generation students at the private school, she worries Stanford isn’t doing enough to assist students who can’t afford to finance a hasty move.

Stanford spokesman E.J. Miranda noted students forced to move for the quarantine area had the option of renewing into the same type of apartment at the same cost and said the school paid professional movers to help students.