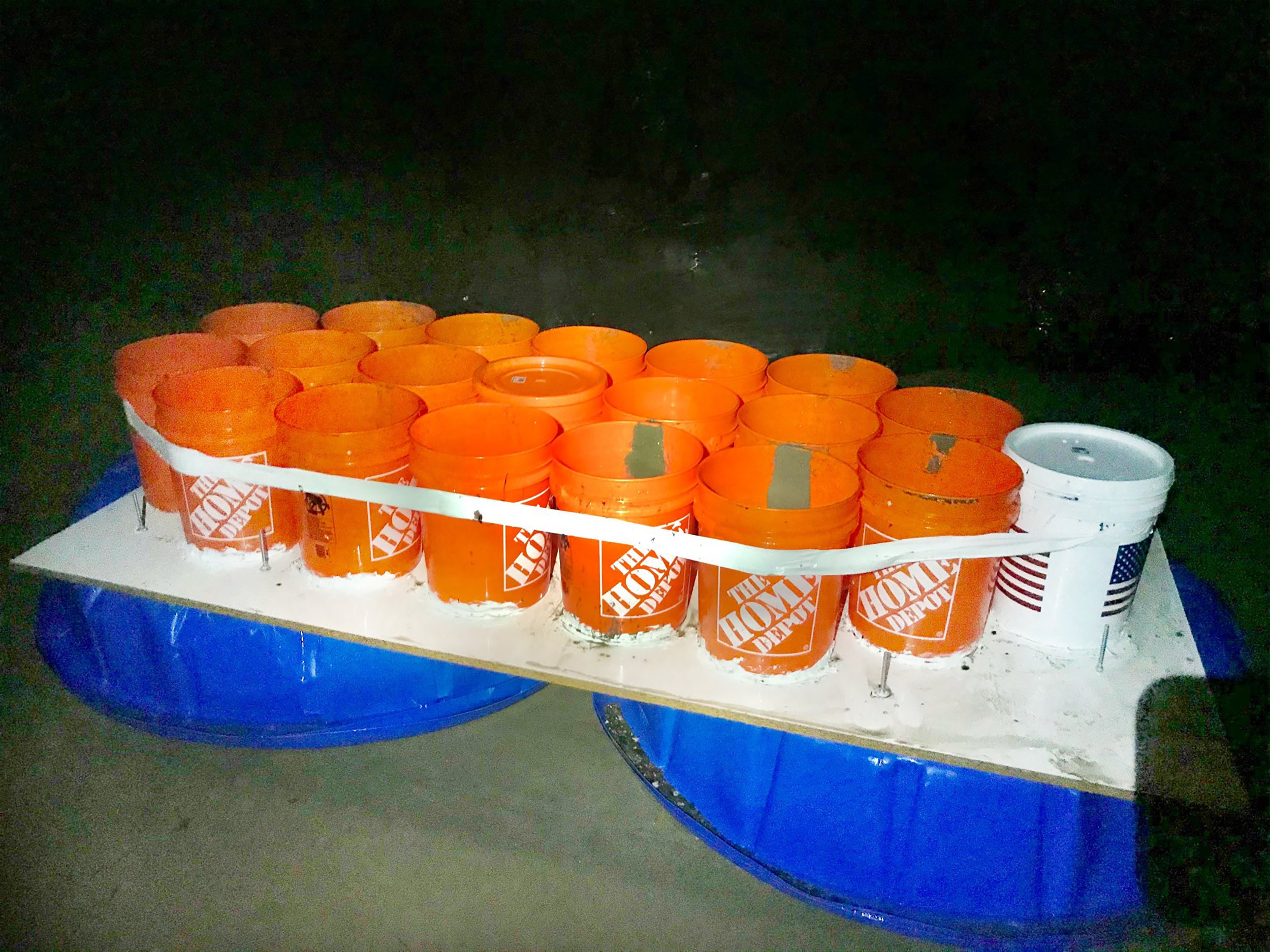 (CNN) — Two college students in California had to be rescued from the Pacific Ocean this weekend when they floated too far from the shore in a homemade boat, according to police.

The duo set sail from Isla Vista at 2 a.m. Saturday, according to Santa Barbara County Fire. Their boat consisted of two connected kiddie pools on top of some sort of board, with 20 five-gallon plastic buckets fastened on the bottom.

The men, who are in their early 20s, did have an oar but it was no match for the ocean, said Eliason. He added seas were calm, but the water temperature was in the 50s, and the two men weren’t wearing wetsuits.

The men were about 300 yards offshore when crews went out on paddleboards and personal watercraft to rescue them, Eliason said.

Alcohol was not a factor, the fire department said.

“Still curious as to why they decided to do this at 2 o’clock in the morning,” said Eliason.

An ambulance was dispatched to the scene but there were no injuries reported, he said.