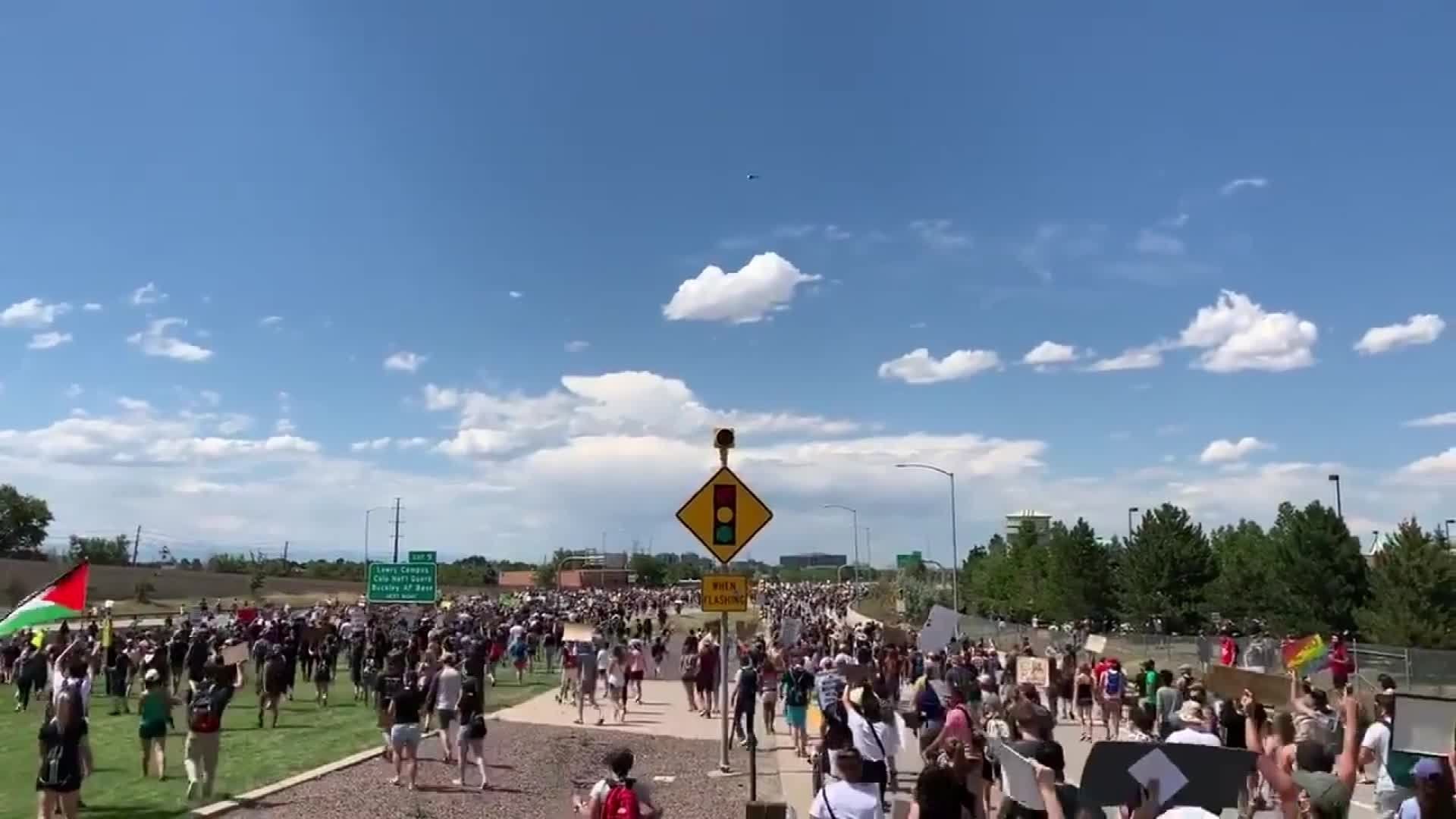 (CNN) — Colorado protesters shut down Highway 225 Saturday in a peaceful demonstration calling for justice in the death of Elijah McClain.

McClain, 23, died last August during a confrontation with Aurora police officers. One officer placed McClain in a carotid hold, or chokehold. McClain suffered a heart attack while in the ambulance and was declared brain dead three days later.

Demonstrators on Saturday first gathered at the Aurora Municipal Center and were on the highway about an hour later, according to CNN affiliate KMGH-TV. Police had already shut down the highway before protesters arrived, the affiliate said. The Aurora Police Department tweeted that the protests were peaceful with no injuries or arrests reported.

“We not only recognize a person’s right to freedom of speech and expression; we support and protect their right to do so in a peaceful manner,” Interim Aurora Police Chief Vanessa Wilson wrote in a statement to KMGH.

Wilson said the community was reeling from McClain’s death, who she said “was not only a beloved son, brother and friend, but also a valued member of our community.”

“I have heard from our community, and I am listening today,”Wilson wrote. “Their voices and concerns are not falling on deaf ears. I am devoted to meaningful reform, just as every good officer out here today is.”

Protesters broke into different groups after shutting down the highway, police tweeted. Some remained on the highway while others moved to 6th Avenue and continued to walk, the tweet read.