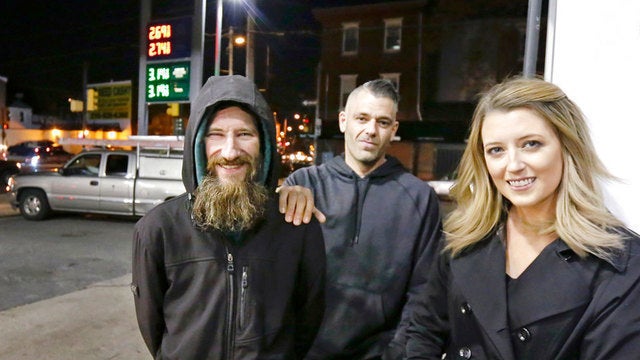 PHILADELPHIA, Pa. (KRON) — Remember the couple in New Jersey who raised close to half a million dollars for a homeless man after he allegedly handed over his last $20 to the woman after she ran out of gas?

Plot twist — the homeless man, Johnny Bobbitt, was allegedly in on it too. He also faces charges.

According to WCAU, prosecutors say D’Amico and McClure conspired with Bobbitt to create the get-rich-quick scheme in 2017.

The couple created the GoFundMe page, claiming Bobbitt gave his last $20 to McClure to use for gas after her car broke down.

That story gained nationwide attention and the GoFundMe page exploded with donations, raising $400,000 days after the story aired.

The story took a downward turn when it was reported that a large portion of the funds raised never reached Bobbitt.

“From what I can see, the GoFundMe account raised $402,000 and GoFundMe charged a fee of approximately $30,000. Mark D’Amico and Kate McClure gave Johnny about $75,000. There should be close to another $300,000 available to Johnny,” Bobbitt’s lawyer Chris Fallon told CNN.

Authorities began an investigation and in September they executed a search warrant at D’Amico and McClure’s home.

While there detective allegedly towed away  BMW and removed multiple bags and boxes of items from the couple’s home.

Authorities say all three face charges of conspiracy and theft by deception for working together in the scheme.

While D’Amico and McClure have turned themselves in to police, Bobbitt remains at large.