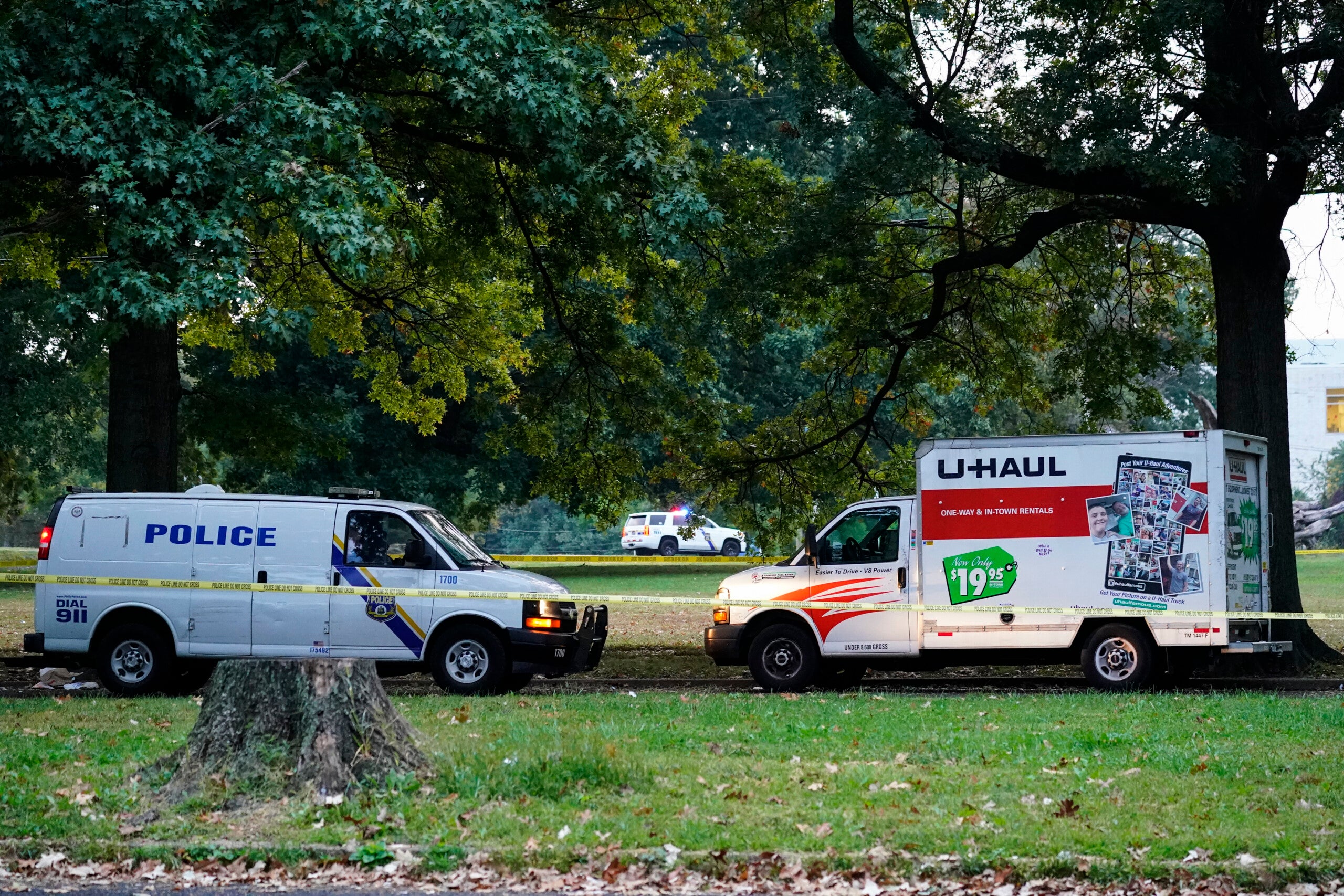 Police vehicles and a U-Haul truck are shown at a crime scene in Philadelphia, Monday, Oct. 4, 2021. Police in Philadelphia say a nurse fatally shot his co-worker at a hospital, fled the scene and was shot in a gunfight with police that wounded two officers. After the shooting, the gunman left the hospital in a U-Haul box truck. A short time later, four officers were alerted to the suspect's location by a passerby near a school. (AP Photo/Matt Rourke)
by: Joe Sutton and Alta Spells, CNN
Posted: Oct 4, 2021 / 06:47 AM EST / Updated: Oct 4, 2021 / 01:05 PM EST

(CNN) — A 43-year-old certified nursing assistant was fatally shot at a Philadelphia hospital early Monday morning, and the suspect was a coworker of the shooting victim, police said.

Police were called to Thomas Jefferson University Hospital just after midnight in response to a report of a shooter on the ninth floor, Philadelphia Police Commissioner Danielle Outlaw said.

When officers responded, Outlaw said, they learned the certified nursing assistant (CNA) had been shot by another hospital employee, who left the hospital in a U-Haul van.

About an hour later, someone near 40th Street and Parkside Avenue flagged down nearby police and said a man wearing scrubs was firing a weapon, Outlaw said.

When additional officers arrived, the suspect began shooting at them, and all four officers fired back, the police commissioner said.

The 55-year-old suspect was also shot and is in critical condition, the police chief said.

“We learned that he was wearing body armor and was carrying multiple weapons,” she said. One weapon was believed to be an AR-15 style rifle, and another was a handgun, Outlaw said.

The motive for the hospital shooting has not been determined.