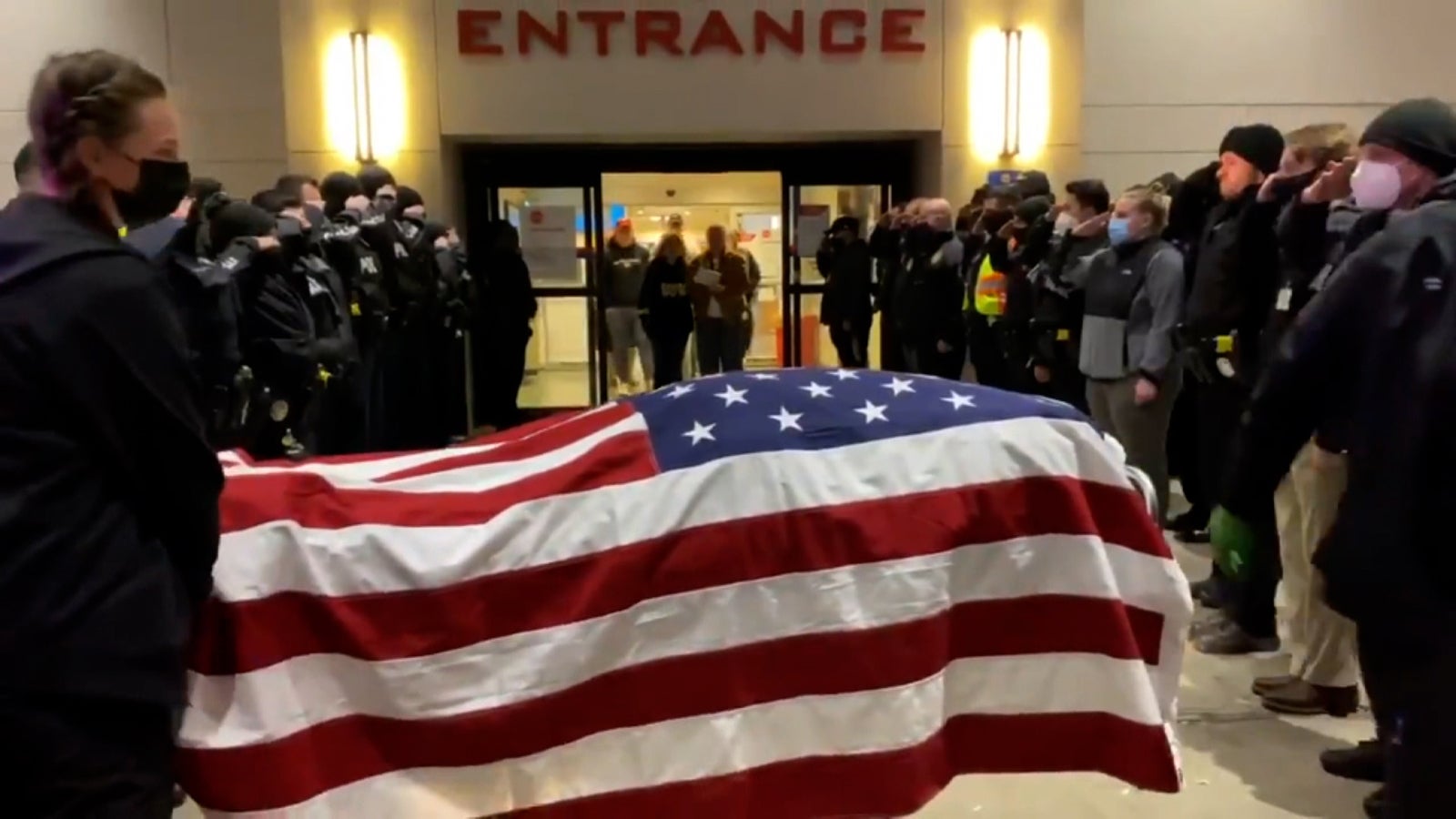 (CNN) — A 32-year-old man was charged with intoxication manslaughter after a car he was driving allegedly struck and killed a Dallas police officer who was blocking the scene of an earlier accident on an expressway, police said.

Officer Mitchell Penton was standing outside his squad car with his emergency lights on when another vehicle hit the squad car about 1:45 a.m. Saturday. That caused the police car to strike Penton, the Dallas Police Department said in a news release.

Penton was taken to a hospital, where he later died, police said.

The driver of the car was also charged with intoxication assault in connection with injuries suffered by a passenger in his vehicle who was treated for “trauma to her chest area” and a cut on her face, the release said.

The suspect was “found to be intoxicated,” according to the release. Witnesses told police he had been driving “at a high rate of speed.”

The man was treated by medical staff and released, police said.

Penton had been with the department for two years and had completed his training in October, according to the release.

“Our hearts are heavy right now,” Dallas Police Chief Eddie Garcia said. “This young officer had such a bright future ahead of him.”