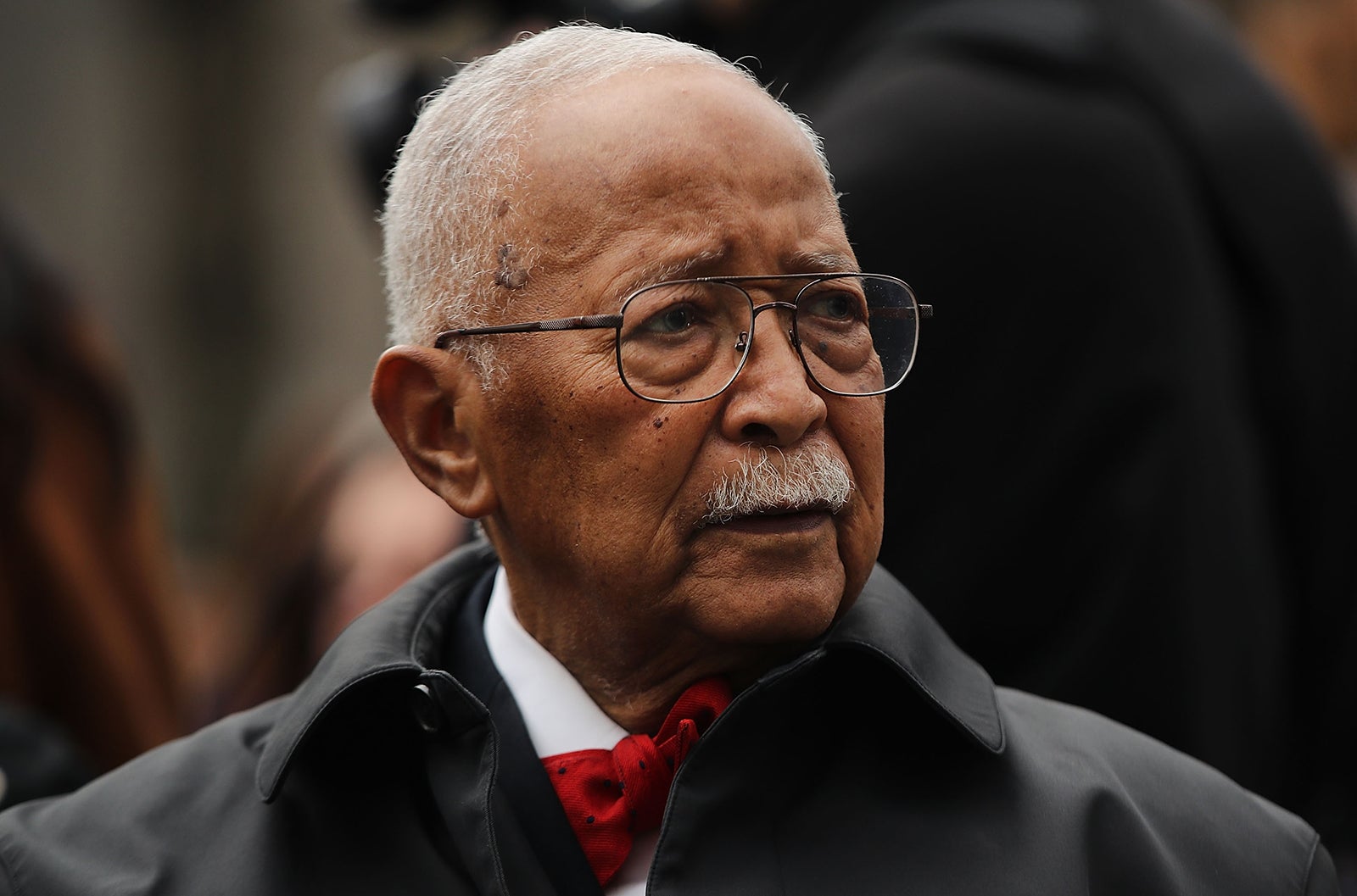 NEW YORK, NY - FEBRUARY 26: Former New York City Mayor David Dinkins attends a ceremony at the National September 11 Memorial for those killed in the February 26, 1993 truck bomb attack at the World Trade Center on February 26, 2018 in New York City. An annual memorial service was held today, on the 25th anniversary of the attack, to mark the event in which six people were killed and more than 1,000 injured. The bomb, which explded in an underground parking garage, was set off by Muslim extremists who were later brought to justice. On September 11, 2001 the World Trade Center was attacked again. (Photo by Spencer Platt/Getty Images via CNN)
by: Joe Sutton and Hollie Silverman, CNN
Posted: Nov 24, 2020 / 06:47 AM EST / Updated: Nov 24, 2020 / 06:47 AM EST

Dinkins died Monday evening at his residence on the Upper East Side in Manhattan, the New York City Police Department (NYPD) told CNN.

The department had received a call from Dinkins’s residence regarding an unconscious person having difficulty breathing, according to the NYPD.

CNN has reached out to the mayor’s office for a statement on Dinkins’s passing.

He was born in 1927 in Trenton, New Jersey, and graduated from Howard University before receiving a law degree from Brooklyn Law School.

Dinkins was also a veteran who served in the Marines in Korea, the bio said.

The former mayor briefly practiced law in New York City before getting into politics, first as a district leader and then as a Harlem state assemblyman. His political rise took him from president of the Board of Elections to City Clerk and Manhattan Borough President.

Dinkins went on to defeat Rudolph Giuliani in 1990 with the narrowest electoral margin in New York City’s history.

During his inauguration speech, Dinkins “vowed to be ‘mayor of all the people of New York,’ and declared: ‘We are all foot soldiers on the march to freedom,'” according to the bio.

He also spoke on oppression, human rights, and the need for equality during the speech.

The former mayor supported anti-apartheid sanctions against South Africa, fighting to have the city divest itself of $500 million worth of pension fund stock invested in companies that did business in South Africa and passing a bill that allowed the city to rate banks on their opposition to apartheid, the bio said.

He ran for reelection in 1993 but was defeated by Giuliani.