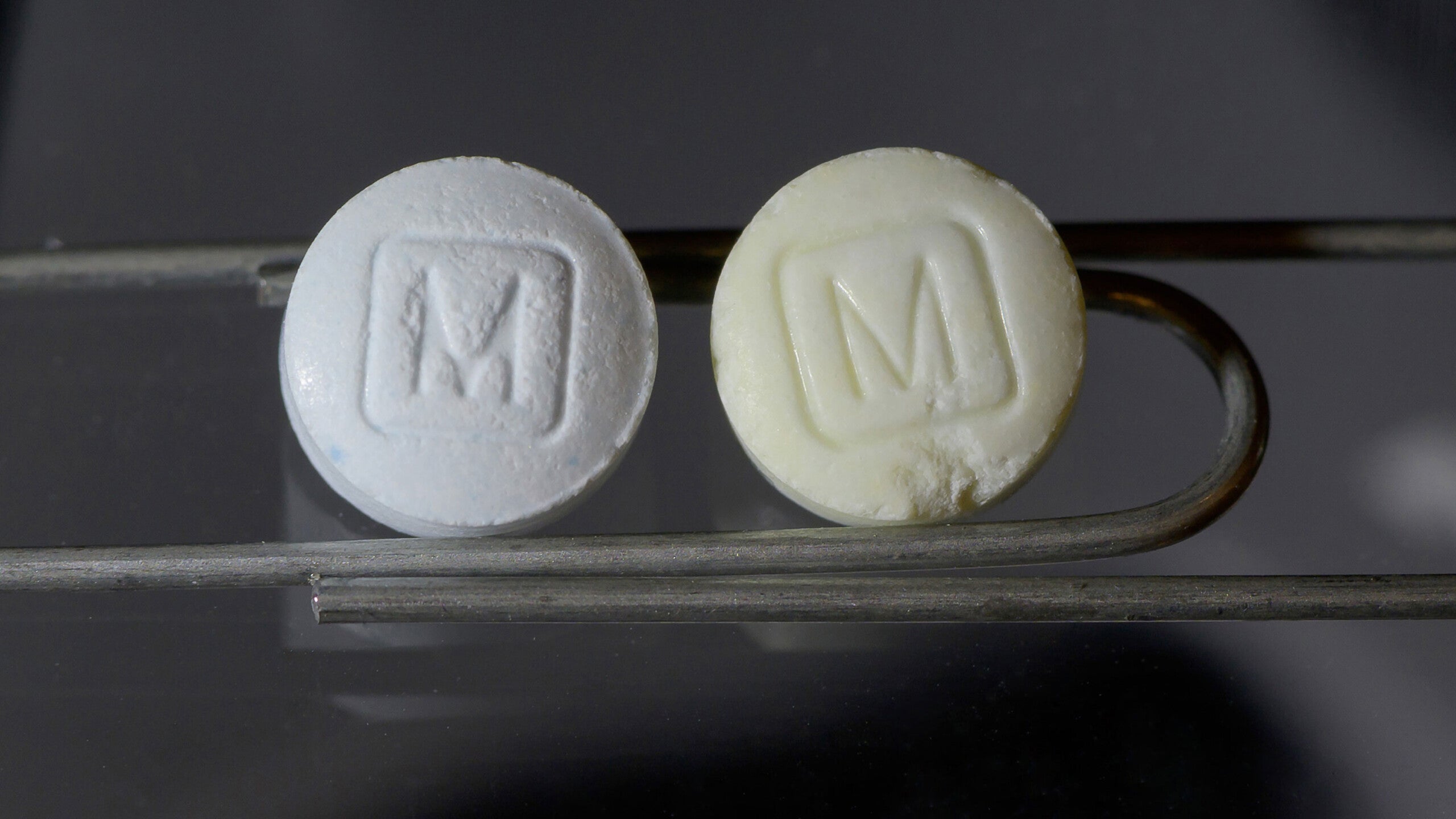 (CNN) — The U.S. Drug Enforcement Administration on Monday issued a public safety alert about a sharp increase of fake prescription pills laced with fentanyl and methamphetamine.

This is the first such alert issued by the DEA in six years.

According to the agency, more than 9.5 million counterfeit pills have been seized this year, more than the last two years combined. In a news release, the agency said DEA lab tests revealed there has also been a dramatic rise in pills containing at least 2 milligrams of the drug, which is considered a lethal dose.

Many of these drugs are produced by gangs and criminal drug networks and made to look like prescription opioid drugs such as oxycodone or hydrocodone, or stimulants like Adderall. These pills are widely available online and often sold through social media. The DEA said China is supplying chemicals for manufacturing of fentanyl in Mexico, and the vast majority of counterfeit pills brought into the United States are produced in Mexico.

This alert comes at a time when the U.S. Centers for Disease Control and Prevention has reported a record number of drug overdose deaths. In 2020, the CDC reported over 93,000 overdose deaths, much of it related to illicit and synthetic opioids such as fentanyl.

“The United States is facing an unprecedented crisis of overdose deaths fueled by illegally manufactured fentanyl and methamphetamine,” said Anne Milgram, DEA administrator in a statement. “DEA is focusing resources on taking down the violent drug traffickers causing the greatest harm and posing the greatest threat to the safety and health of Americans. Today, we are alerting the public to this danger so that people have the information they need to protect themselves and their children.”