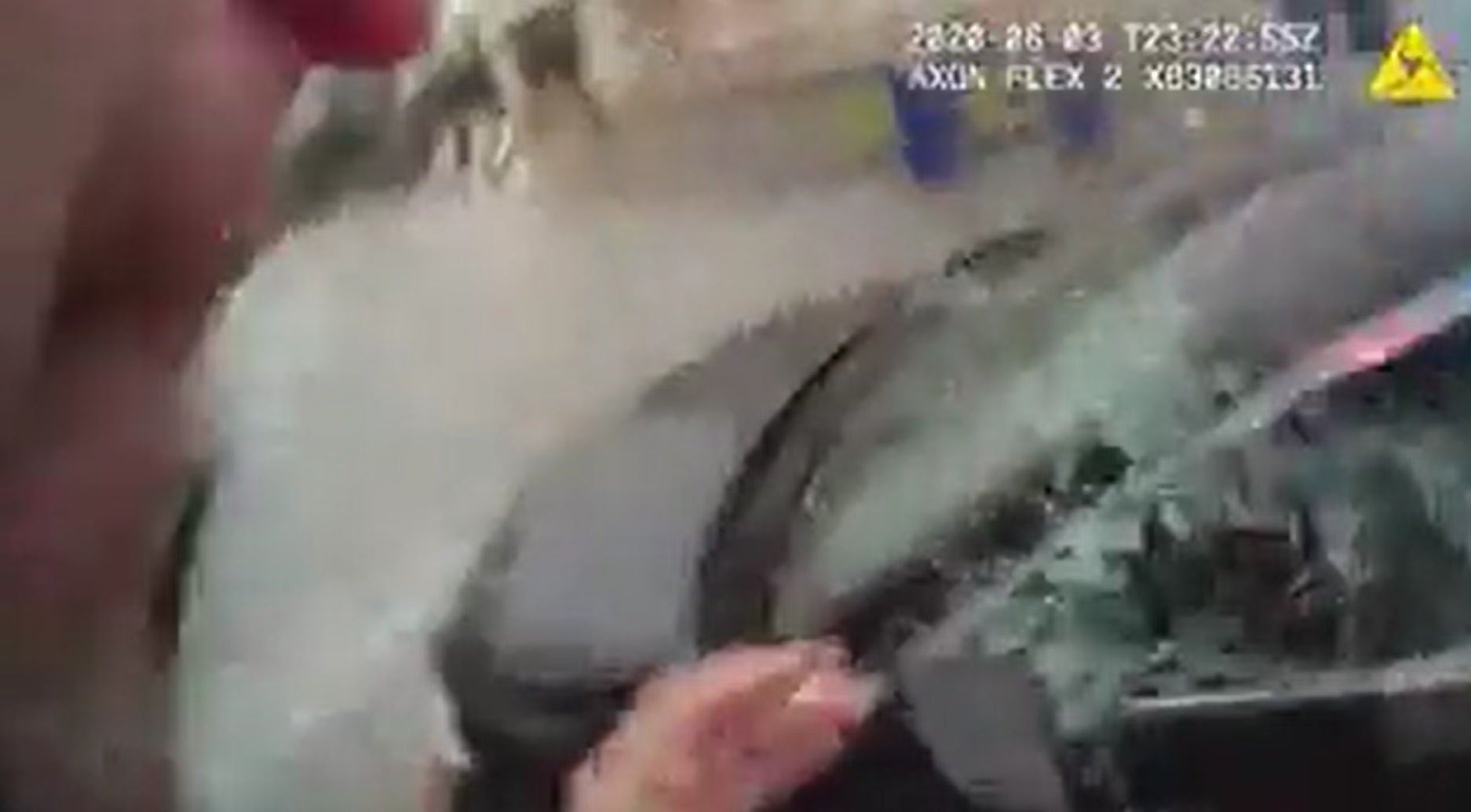 ORANGE COUNTY, Fla. (WESH) — The Orange County (Florida) Sheriff has called for a review of a traffic stop during which a deputy smashed a woman’s car window near a George Floyd protest Wednesday night.

Video of the incident spread on social media Thursday and prompted Orange County Sheriff John Mina to call for a review of the deputies’ actions. He said the review is already underway.

“I do find the video very troubling and that’s why I called for an inquiry,” Mina said Thursday during a news conference about the incident.

Officials with the Orange County Sheriff’s Office said deputies were monitoring the peaceful demonstration near Curry Ford Road and Chickasaw Trail when they spotted a vehicle stopped in a traffic lane with its hazard lights on.

A traffic stop was initiated, and officials said deputies explained the reason for the stop and asked the driver to get out of the vehicle, but she refused.

Officials said the deputy first attempted to reach inside the car through the open driver’s side window to unlock the door, but the driver raised the window on the deputy’s arm.

A deputy broke the window with his agency-issued baton and the driver was removed from the vehicle and placed in handcuffs.

“You had to break my window, really?” the woman asks.

“You rolled my arm up in your window,” the deputy responds.

“Because I felt unsafe,” she replies before the deputy answers, “Well, I’m sorry.”

Deputies said the driver requested medical attention and was taken to the hospital with minor injuries.

Because the woman was taken to the hospital, she was not placed under arrest but a report was filed.

Mina said he will be reviewing the case before any charges are sent to the state attorney’s office.

State Rep. Carlos Guillermo-Smith reacted to the arrest on Twitter Thursday and called it an “outrageous use of excessive force.”

“An outrageous use of excessive force by an @OrangeCoSheriff deputy against a peaceful young woman, now traumatized. It’s even more insulting that “battery” charges were filed against her. I have spoken w/ @SheriffMina and demanded charges be DROPPED,” Guillermo-Smith’s tweet said.

Mina said his office will be releasing body camera video of the incident Thursday night.