DHS updates website to indicate DACA program has been restored 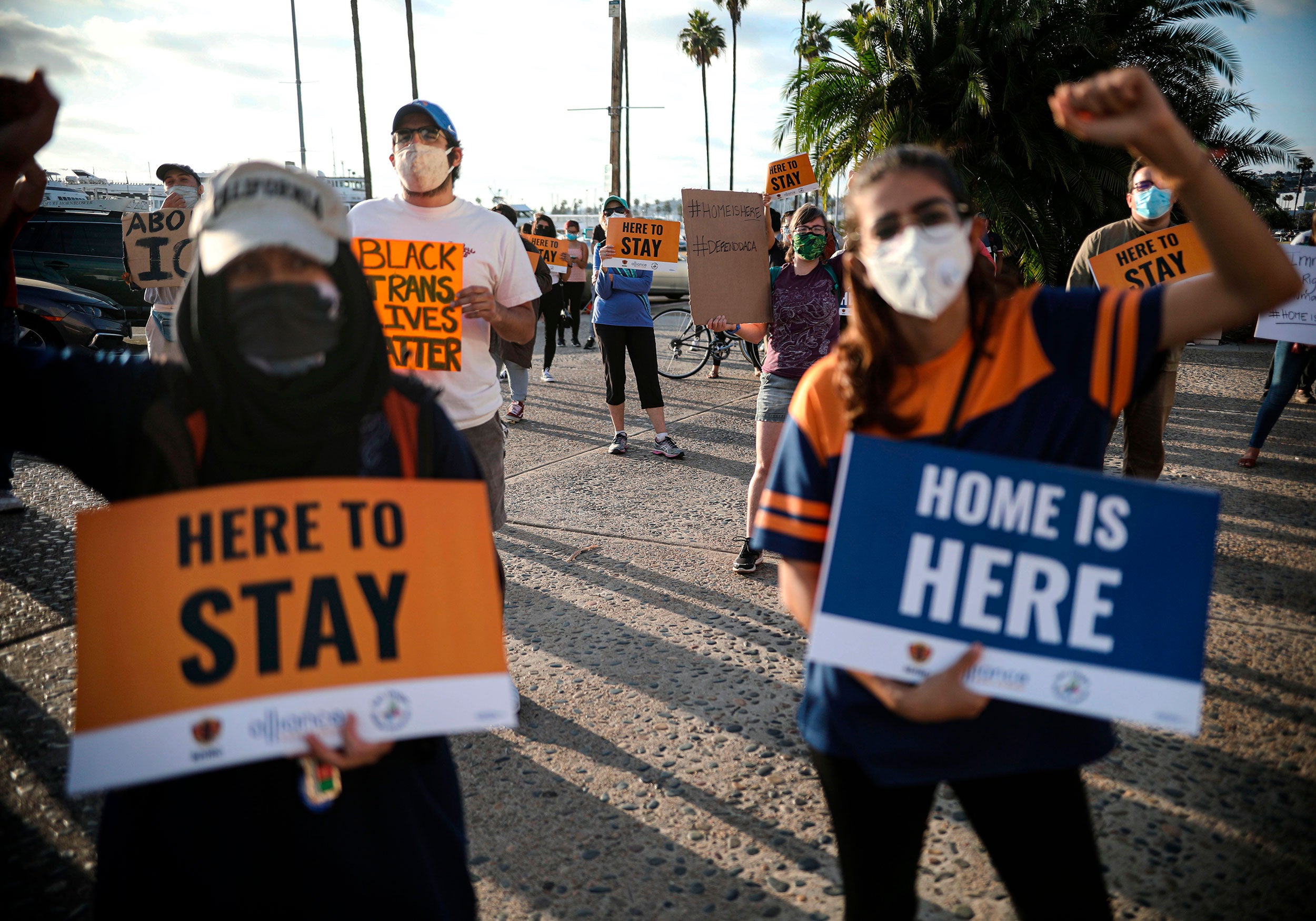 People hold signs during a rally in support of the Supreme Court's ruling in favor of the Deferred Action for Childhood Arrivals (DACA) program, in San Diego, California June 18, 2020. - Supreme Court dealt President Donald Trump's anti-immigration efforts a fresh blow Thursday when it rejected his cancellation of a program protecting 700,000 "Dreamers," undocumented migrants brought to the United States as children. (Photo by Sandy Huffaker / AFP) (Photo by SANDY HUFFAKER/AFP via Getty Images via CNN)
by: Priscilla Alvarez, CNN
Posted: Dec 8, 2020 / 06:05 AM EST / Updated: Dec 8, 2020 / 06:05 AM EST

(CNN) — The Department of Homeland Security will begin to accept new applications for the Obama-era program shielding undocumented immigrants who came to the US as children from deportation to comply with a recent court order, the department announced Monday.

A federal judge ordered the Trump administration to restore the Deferred Action for Childhood Arrivals program Friday, marking a significant step for the program’s beneficiaries and for undocumented immigrants who are eligible for the program but had been blocked from applying.

Effective Monday, US Citizenship and Immigration Services will accept new applications, as well as renewal requests, and extend the one-year grants of deferred action and employment authorization documents to two years. But DHS left the door open for an appeal.

“DHS will comply with Judge Garaufis’ order while it remains in effect, but DHS may seek relief from the order,” the department said on its website.

Judge Nicholas Garaufis’ order Friday backed up his November ruling that Chad Wolf had not been legally serving as acting Homeland Security secretary when he had signed rules limiting applications and renewals for the program.

The Trump administration tried ending DACA in 2017, but the US Supreme Court blocked its attempt in June. In light of the Supreme Court ruling, Wolf issued a memo in July that said new applications for DACA would not be accepted and renewals would be limited to one year instead of two amid an ongoing review. The memo had sought to buy time while the administration decided its next steps.

Garaufis’ order Friday appeared to nod to the administration’s handling of the Supreme Court ruling, calling for DHS to publicly — and prominently — provide notice that it will accept new applications and return to two-year renewals.

“DHS is DIRECTED to post a public notice, within 3 calendar days of this Order, to be displayed prominently on its website and on the websites of all other relevant agencies, that it is accepting first-time requests for consideration of deferred action under DACA, renewal requests, and advance parole requests, based on the terms of the DACA program prior to September 5, 2017, and in accordance with this court’s Memorandum & Order of November 14, 2020,” Garaufis wrote.

DHS tried to self-correct its line of succession by having Pete Gaynor, who is the Senate-confirmed Federal Emergency Management Agency administrator, temporarily exercise the authority of Homeland Security secretary, to try to alleviate concerns over Wolf’s legitimacy as acting chief.

“Neither Administrator Gaynor nor Mr. Wolf currently possesses, nor have they ever possessed, the powers of the Acting Secretary of Homeland Security,” Garaufis wrote in a footnote. 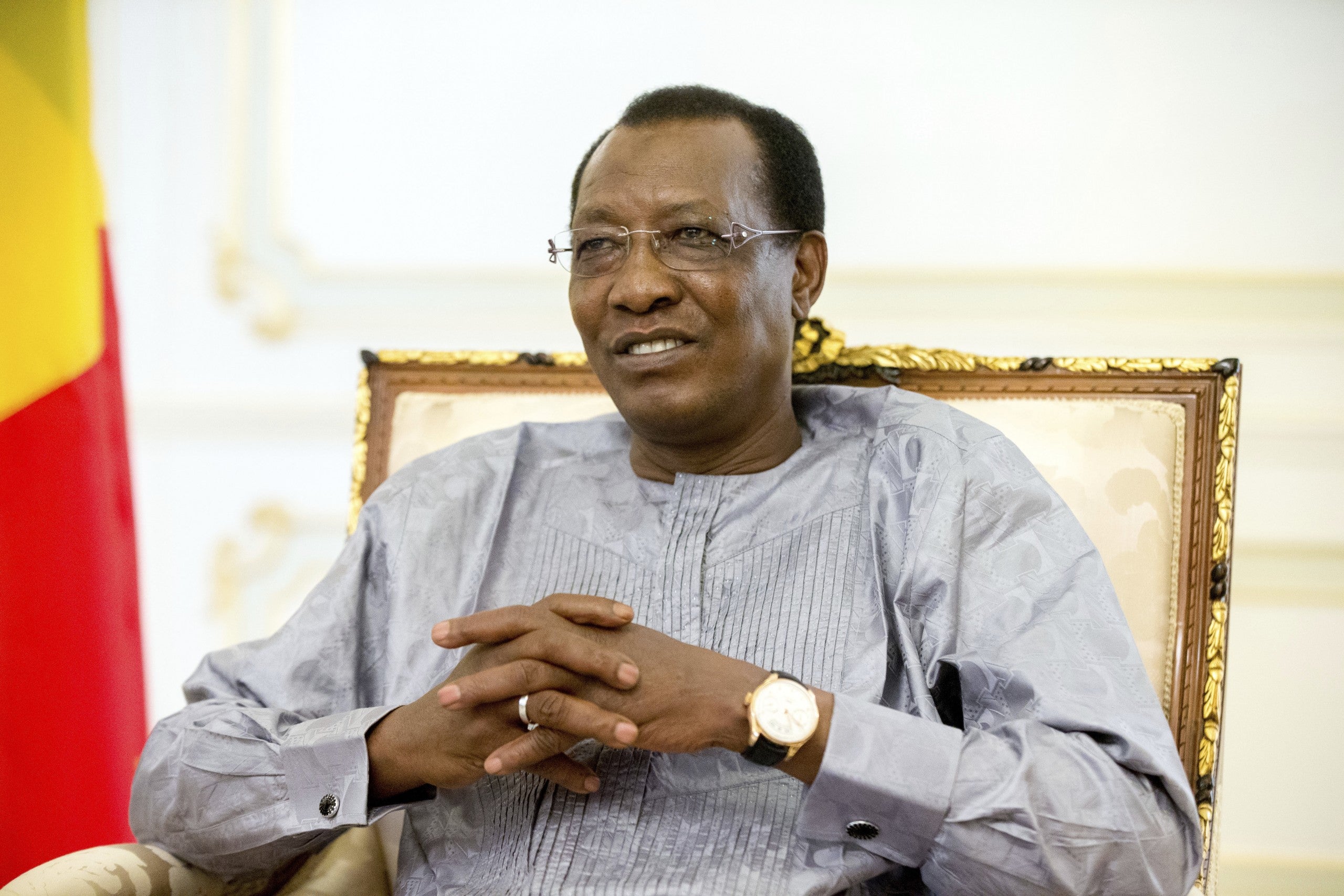