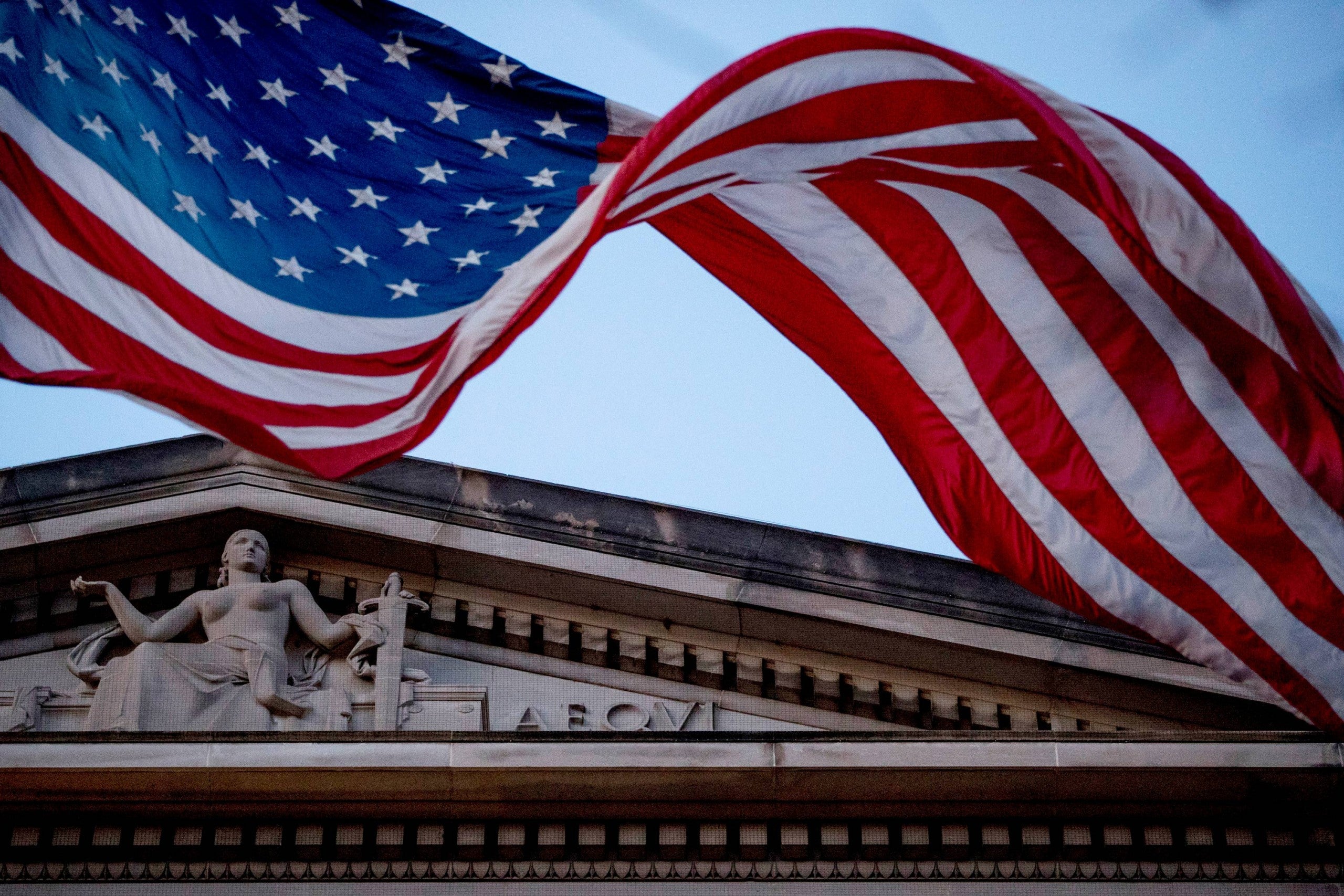 FILE - In this March 22, 2019 file photo, an American flag flies outside the Department of Justice in Washington. The Justice Department has assembled a task force to confront ransomware after what officials say was the most costly year on record for the crippling cyberattacks. (AP Photo/Andrew Harnik)
by: Paula Reid and Priscilla Alvarez, CNN
Posted: Apr 28, 2021 / 12:17 PM EST / Updated: Apr 28, 2021 / 12:17 PM EST

(CNN) — The Justice Department has repealed a policy put in place during the Trump administration that restricted so-called sanctuary cities from receiving federal grants for criminal justice efforts.

The policy cut off hundreds of millions of dollars in funding to cities that did not fully cooperate with US Immigration and Customs Enforcement officers.

In 2017, then-Attorney General Jeff Sessions said funding would be contingent on allowing federal authorities access to detainees in jails to inquire about immigration status and giving the federal government 48 hours’ notice before releasing any inmates it’s interested in.

The move received swift criticism from states and cities, and quickly became the subject of litigation. The question at the core of the cases challenging the requirements was whether the Justice Department had the authority to condition the grants on immigration compliance.

It was part of a lengthy feud between the Trump administration and “sanctuary cities,” which included taking measures like barring New York residents from enrolling in certain Trusted Traveler programs, such as Global Entry. Last year, as states sought federal support to combat the coronavirus, Trump also teased withholding aid to cities that limit cooperation between local law enforcement and federal immigration authorities, resorting to one of his long-standing immigration issues in the throes of the pandemic.

In letters filed with the court in all three cases related to sanctuary cities, the Justice Department said it had come to an agreement with the parties on the issue. Under Trump, the department had won one and lost two of the challenges.