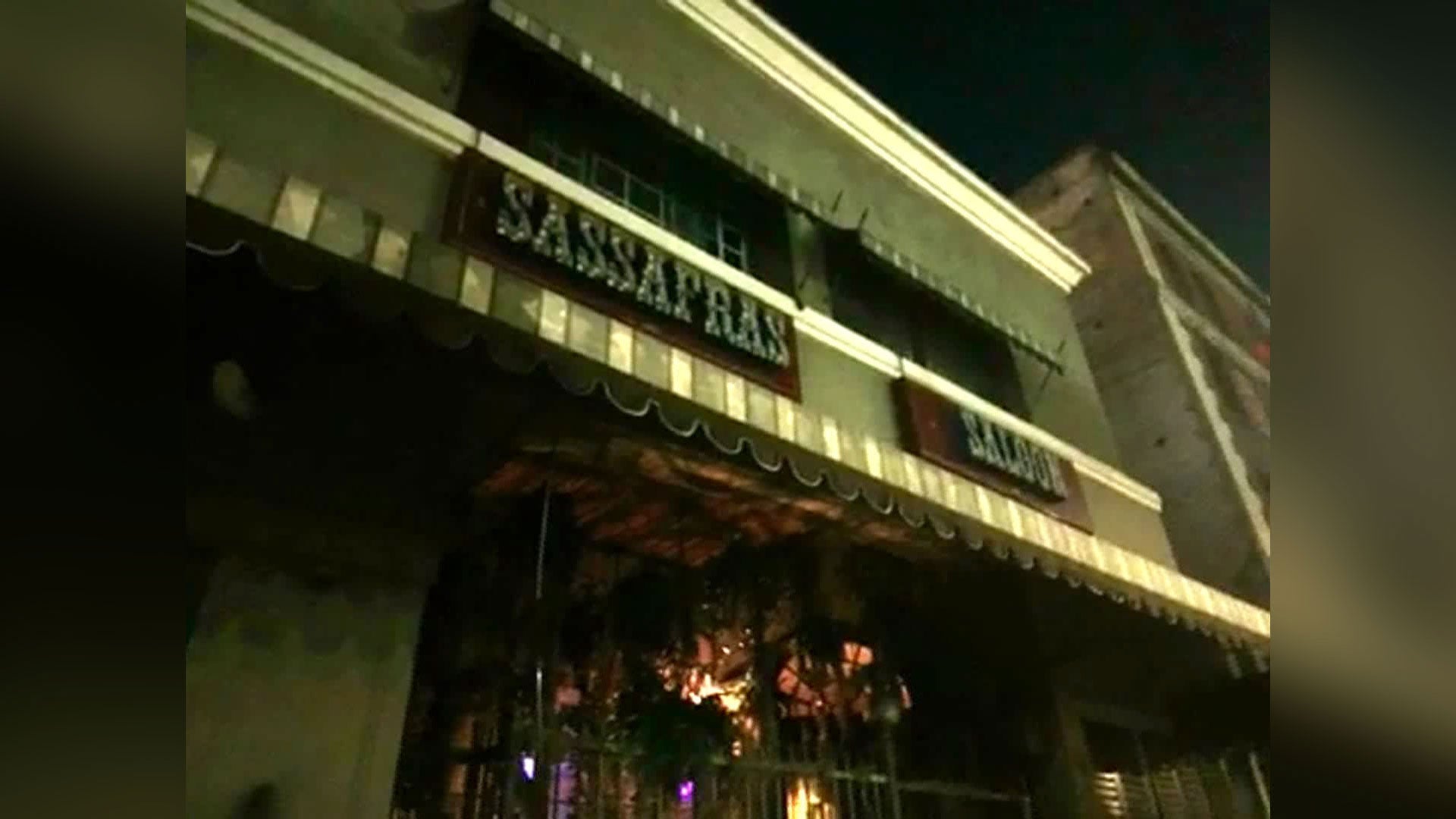 (CNN) — Dozens of people attended a party at a bar in Los Angeles on Friday night — without wearing masks or adhering to social distancing.

The party, according to a spokeswoman for the Hollywood bar, was meant to be a mix of first responders as a way to celebrate their profession.

CNN was tipped off to the event by a source with direct knowledge of the party, who was told it would involve 100 to 150 law enforcement personnel at Sassafras Saloon.

The crowd inside was plainly visible through the bar’s windows from the sidewalk Friday night, drinking cocktails under flashing lights to club music so loud that it vibrated security bars. Attendees entered through the back door, where a small desk with a candle greeted them outside.

The owners of the Sassafras Saloon rented the bar out to someone who wanted to “honor a group of first responders,” according to Lisa Strangis, a spokeswoman for 1933 Group, which owns the bar on North Vine St.

While Strangis said she was unwilling to name which agency the first responders belonged to, she said the renters paid for the space and that 1933 Group employees worked the event. Strangis denied that 100 people were in the bar Friday night, but declined to provide a number. Strangis also declined to identify the party’s host, saying that was private information.

“Everybody is either family or works at the same place so that’s why we don’t have Covid concerns,” said a man who spoke to CNN outside the bar Friday night. “They micro-group or whatever with each other and everyone’s been tested and everything. That’s why we all know that everyone in there is cool.”

The man, who declined to identify himself, claimed, “Everybody’s spaced there. Everybody’s wearing things. Everybody’s getting temperature checks.”

CNN did not observe any of that occurring.

The event took place as California surpassed 500,000 cases of Covid-19 — the highest number of cases for any US state, according to data from Johns Hopkins University. As of Sunday, more than 9,300 people in the state had died since the start of the pandemic.

In a statement to CNN on Sunday, the Los Angeles County Department of Public Health said, “We are investigating reports of a private indoor party and remind all businesses that have been ordered to close indoor operations that there are no exceptions. This is exactly the situation that puts our entire community at unnecessary risk.”

But California’s not alone. In recent weeks, cases have been rising in many states nationwide, with health experts and officials repeatedly pointing to large gatherings as one of several causes for the spikes in cases.

In a statement posted on Facebook, the LASD said the event was not hosted by the department, nor were the people in social media posts LASD employees.

“If further details are discovered and action is warranted, we will take appropriate administrative action,” the department said.

Law enforcement has been ticketing people who are not taking Covid-19 safety measures such as wearing a mask. In West Hollywood, LASD deputies have been issuing $300 tickets for first violations when people fail to wear masks.

California Gov. Gavin Newsom this week urged his state to “wake up” to the reality of the deadly disease amid the rise in cases. Newsom’s office and Los Angeles Mayor Eric Garcetti’s office have not responded to CNN’s requests for comment about Friday night’s event.

On July 13, the governor announced a new round of restrictions, including halting all indoor dining and closing bars unless they served food. The state allows outdoor dining at restaurants.

Strangis, the spokeswoman for 1933 Group, defended the gathering, saying “California currently allows restaurants and bars with full kitchens to allow patio service. Sassafras is a restaurant and bar with a full kitchen so we are eligible to operate under those conditions.”

Sassafras Saloon lists a menu of food on its website.

The 1933 Group believed the party was “a wonderful way to celebrate first responders,” Strangis said.

“It’s manageable with that size that we’re comfortable with, given the premise of the conversation presented to the owners. So they agreed to allow this at their venue.”