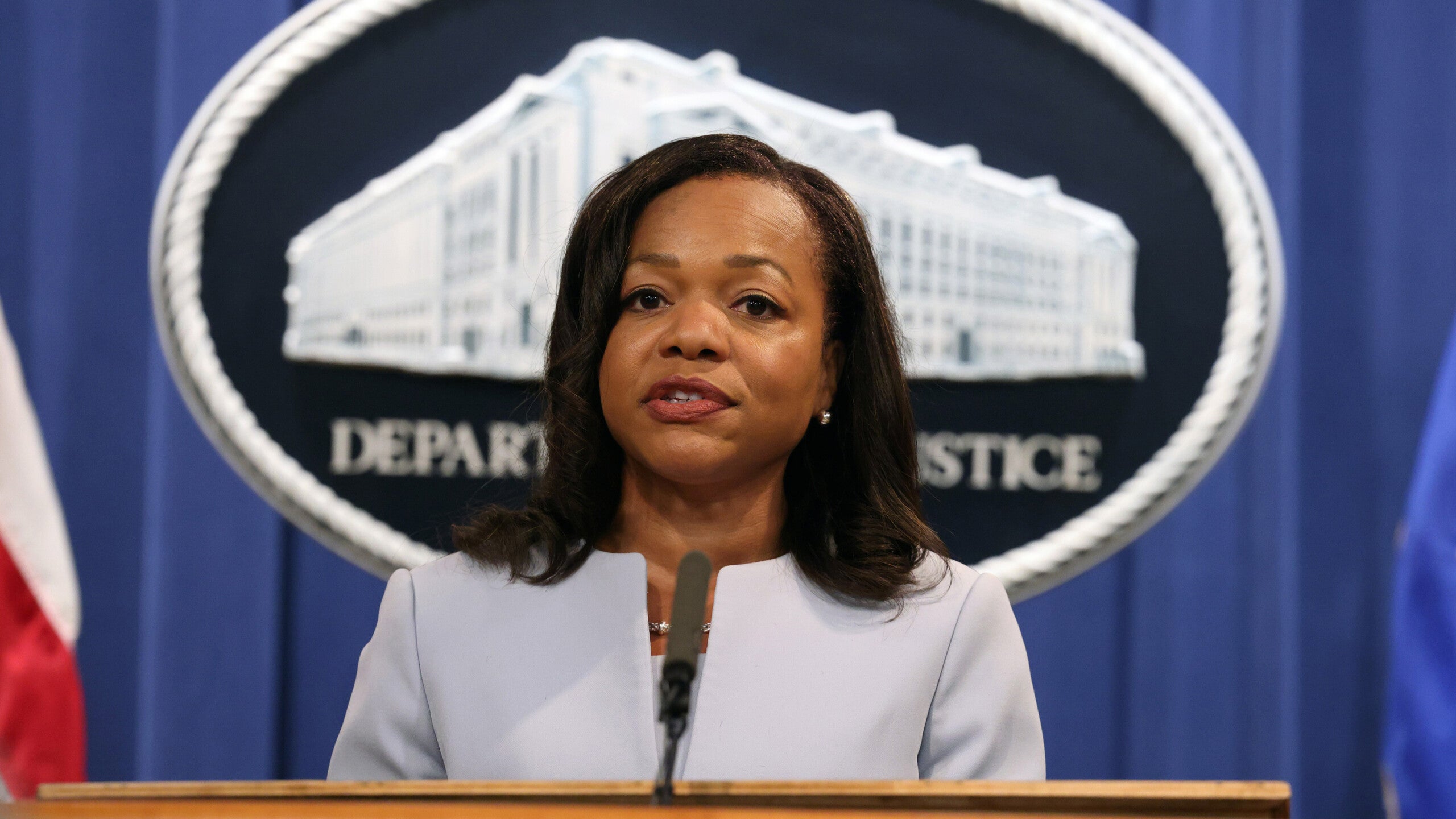 Kristen Clarke, U.S. assistant attorney general for the civil rights division, speaks on a federal investigation of the city of Phoenix and the Phoenix Police Department during a news conference at the Department of Justice on Aug. 5, 2021, in Washington, D.C. (Photo by Kevin Dietsch/Getty Images)
by: Christina Carrega, CNN
Posted: Nov 9, 2021 / 11:19 PM EST / Updated: Nov 9, 2021 / 11:19 PM EST

(CNN) — The U.S. Department of Justice has launched an investigation into whether the Alabama Department of Public Health and the Lowndes County Health Department have put Black residents at a higher risk of disease by failing to properly rid their communities of raw sewage.

This is the first environmental justice investigation the Justice Department has conducted under Title VI of the Civil Rights Act of 1964, which prohibits recipients of federal funding from engaging in discrimination.

Lowndes County is between Selma and Montgomery. Residents of the area, historically called “The Black Belt,” are predominately Black and have a median income of roughly $30,000, according to Kristen Clarke, the leader of the Justice Department’s Civil Rights Division.

Many of them live in rural areas that aren’t connected to the sewer system and cannot afford to install or maintain their own septic systems, which can cost up to $70,000, Clarke added.

“We’ve also received allegations that the health department has failed to carry out their responsibilities to abate raw sewage conditions, thereby placing Black residents of Lowndes County at higher risk for disease,” Clarke said. “Based on our careful and thorough review of those allegations and an extensive review of publicly available information, we find significant justification to open this investigation, now.”

For generations, Clarke said, residents have resorted to the practice of “straight-piping bathwater, fecal matter and other waste away from their homes” and have been exposed to infectious diseases and life-threatening illnesses like hepatitis C.