Ex-Minneapolis cop gets 57 months in killing of 911 caller 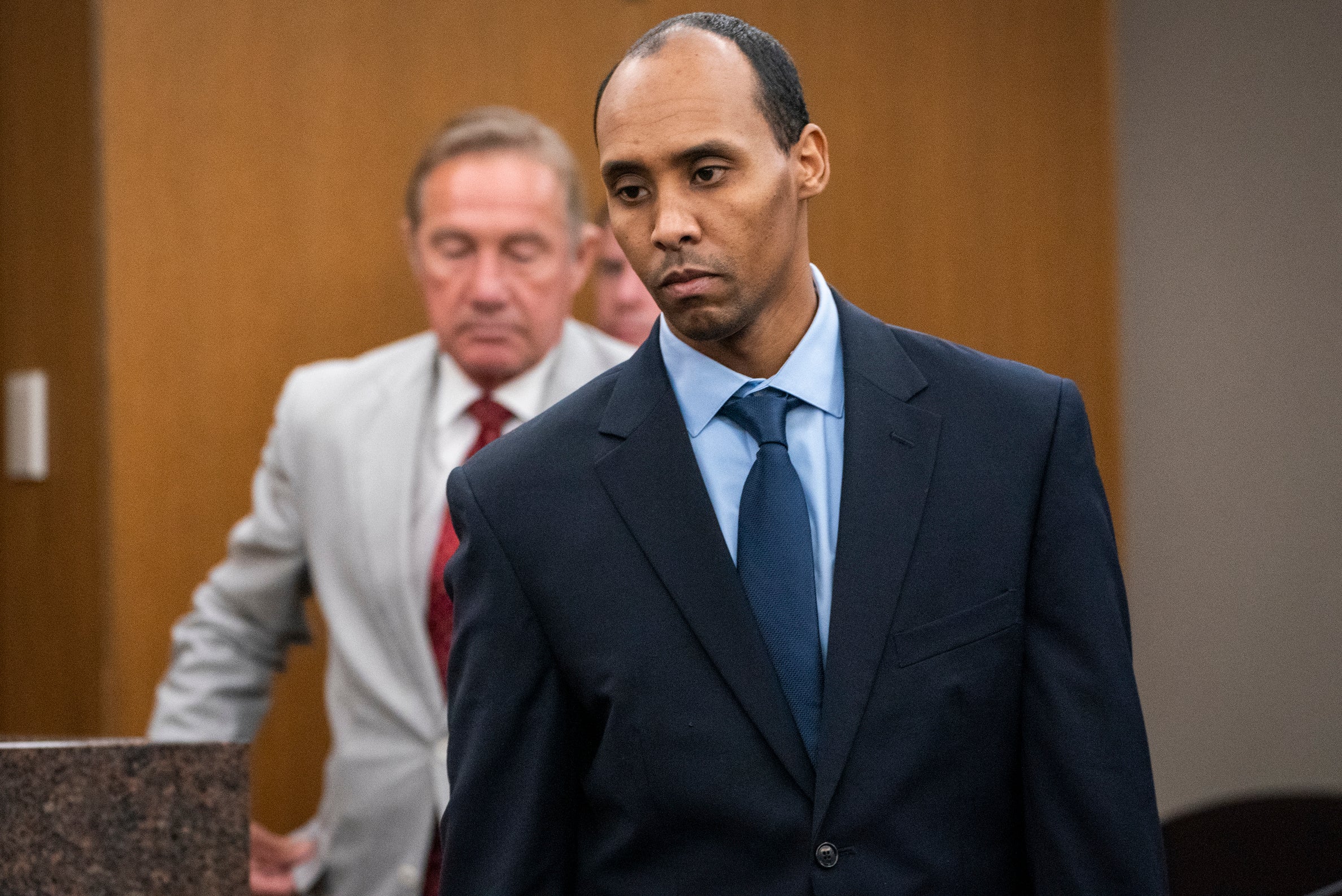 FILE - In this Friday, June 7, 2019 file photo, Former Minneapolis police officer Mohamed Noor walks to the podium to be sentenced at Hennepin County District Court in Minneapolis. Noor, a former Minneapolis police officer who fatally shot an unarmed woman after she called 911 to report a possible rape behind her home will be sentenced on a lesser charge Thursday, Oct. 21, 2021, after his murder conviction was overturned in a case that drew global attention and was fraught with the issue of race. (Leila Navidi/Star Tribune via AP, Pool, File)
by: STEVE KARNOWSKI and AMY FORLITI, Associated Press
Posted: Oct 21, 2021 / 11:03 AM EST / Updated: Oct 21, 2021 / 11:03 AM EST

MINNEAPOLIS (AP) — A former Minneapolis police officer who fatally shot an unarmed woman after she called 911 to report a possible rape behind her home was sentenced Thursday to 57 months on a lesser charge after his murder conviction was overturned.

Mohamed Noor was initially convicted of third-degree murder and manslaughter in the July 2017 fatal shooting of Justine Ruszczyk Damond, a 40-year-old dual U.S.-Australian citizen and yoga teacher who was engaged to be married. He was sentenced to 12 1/2 years on the murder count, but last month, the Supreme Court tossed out Noor’s murder conviction and ordered him to be resentenced for manslaughter.

The sentence announced by Judge Kathryn Quaintance was the maximum allowed under the state’s sentencing guidelines, which call for a range of 41 to 57 months. Noor had sought the shortest possible term.

In Minnesota, defendants with good behavior typically serve two-thirds of their sentence in prison, and the rest on supervised release.