Family Feud contestant might have worst answer for Steve Harvey 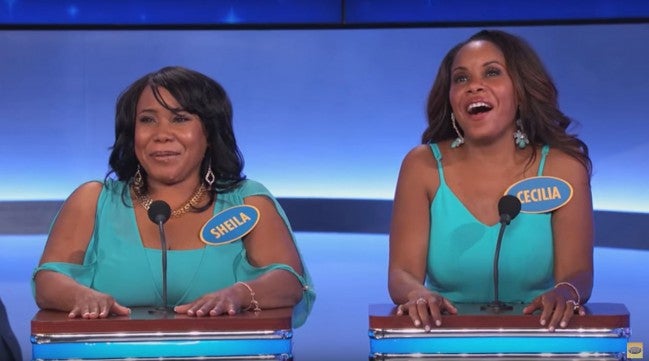 (WISH) – This family is being called one of the worst families to grace the show “Family Feud.”

The video was posted on the show’s Facebook page and YouTube channel. Since it was posted millions have viewed, shared and commented on it.

In the video one of the contestants was asked to name another name for mother, she repeated an answer that had already been given. Harvey asked the contestant if she was sure. Her response was not what you would expect.

Watch what she does in the video below:

You can watch full episodes of the Family Feud on WISH-TV from 4 to 5 p.m.