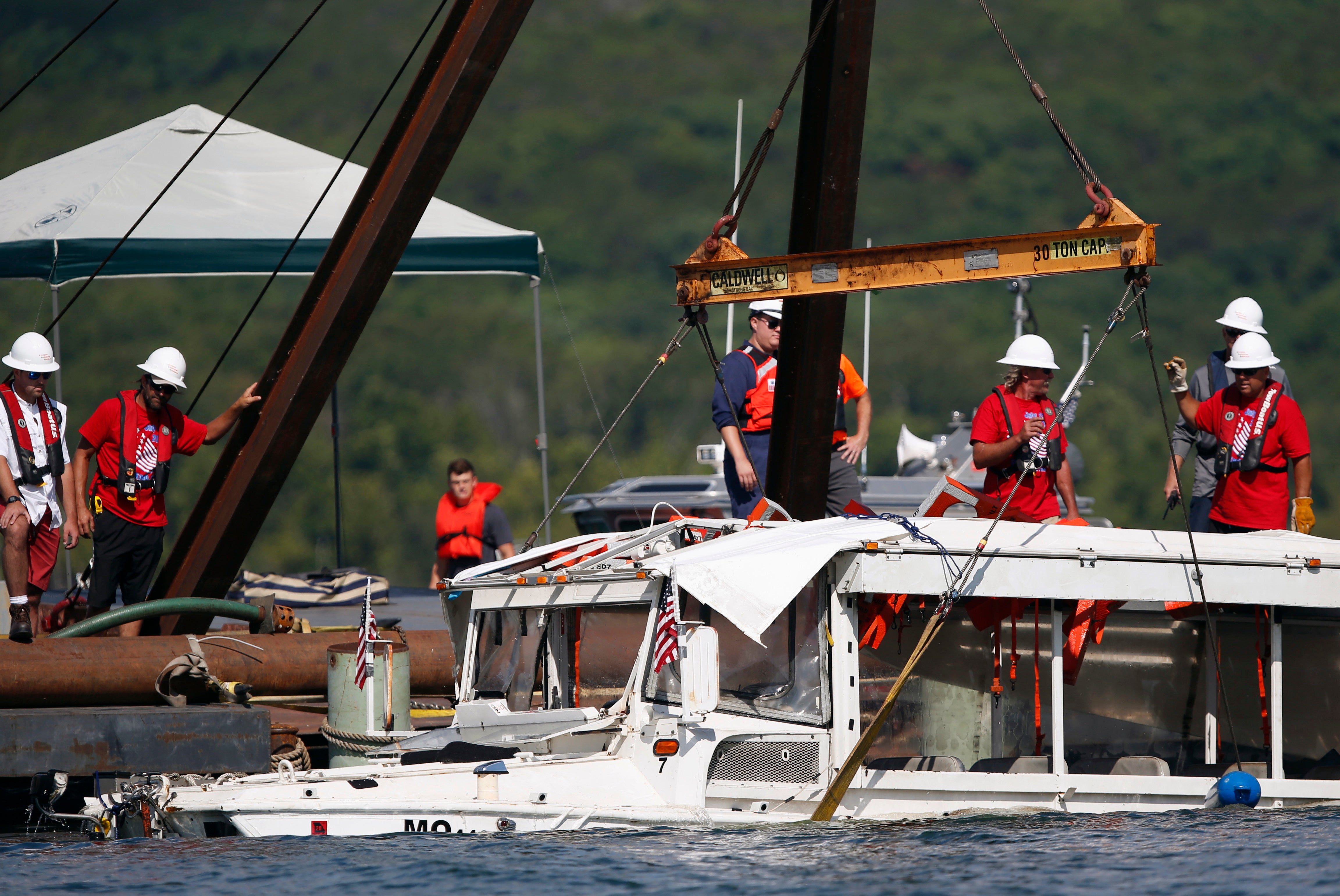 FILE- In this July 23, 2018, file photo the duck boat that sank on July 19 in Table Rock Lake in Branson, Mo., is raised. The company that owns the boat that sank last summer, killing 17 people, announced Thursday, March 21, 2019, that it won't operate the vessels this year because of the ongoing investigation and will instead open a replacement attraction in the tourist town of Branson. (Nathan Papes/The Springfield News-Leader via AP, File)
by: Jean Casarez, CNN
Posted: Dec 8, 2020 / 03:18 PM EST / Updated: Dec 8, 2020 / 03:18 PM EST

(CNN) — A federal court has dismissed a 47-count indictment against the captain and two managers charged in connection with the fatal duck boat sinking in Missouri in July 2018.

A judge recommended in September that the charges be dismissed for “lack of admiralty jurisdiction,” commonly known as the Seaman’s manslaughter statute. Judge David P. Rush noted in his reasoning for the dismissal that Table Rock Lake, where the incident occurred, is not considered navigable as a matter of admiralty law.

The judge also recommended the case should be prosecuted at the state level rather than in a federal court should it continue.

The charges stemmed from the fatal sinking of a duck boat — an amphibious vehicle that travels on land and water — at a lake near Branson, a popular family vacation spot. Seventeen people died after the boat capsized during a severe thunderstorm.

An investigation by the National Transportation Safety Board found that Ride the Ducks Branson, the tour operator, and its parent company, Ripley Entertainment, were to blame for the incident because managers did not relay a severe weather forecast to the vessel’s captain.

Scott McKee, the boat’s captain; Curtis Lanham, the general manager of Ride the Ducks Branson; and Charles Baltzell, the manager on duty that day, had been charged in the indictment.

Tia Coleman, an Indianapolis mother who lost her husband and three young children in the sinking, released a statement Tuesday through her representative saying she will continue to pursue justice.

She urged the Missouri State Attorney General to pursue criminal charges so “those criminally responsible for 17 preventable deaths can finally be held accountable by a jury,” according to the statement.