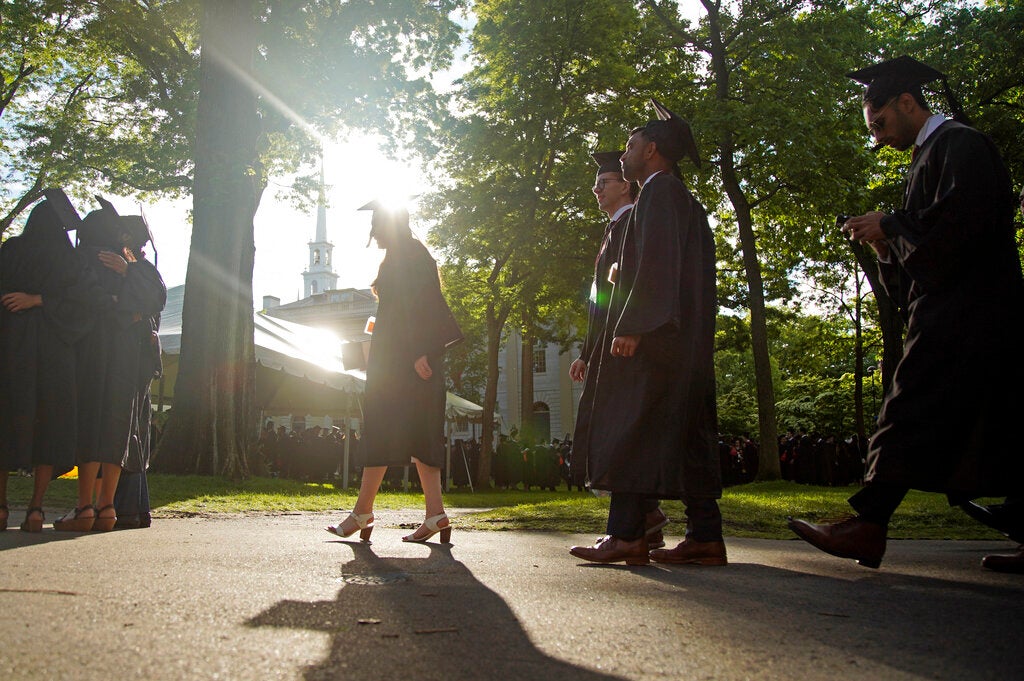 (CNN) — Big headaches for student loan borrowers could be on the horizon.

Their monthly payments could restart as early as this summer after a three-year pause. And the federal office that oversees the student loan system is operating under the same budget as last year — which could complicate any efforts to make sure the repayment process goes smoothly, as well as the office’s plans to overhaul the system.

When Congress passed the government’s annual budget in December, the Federal Student Aid office got about $800 million less than what the Biden administration had asked for. After granting steady increases in previous years, lawmakers left funding for the office’s operations flat at about $2 billion.

Republican lawmakers touted how Congress provided no new funding to help implement President Joe Biden‘s controversial student loan forgiveness plan — which is currently tied up in the courts. If the Supreme Court allows the forgiveness program to move forward, it would also be a huge lift for the Federal Student Aid office.

“I think it’s particularly unfortunate for borrowers that the political fight over loan forgiveness has resulted in flat funding this year,” said Jonathan Fansmith, assistant vice president of government relations at the American Council on Education, an advocacy group for colleges and universities.

“Wherever the cracks start to show, borrowers are going to be impacted,” Fansmith added.

The Federal Student Aid office, which has about 1,400 employees and provides about $112 billion in grant, work-study and loan funds annually, has a lot on its plate.

“I think certainly a number of their priorities will either not get done on the timeline that they had originally hoped for, or not get done at all,” said Michele Shepard, senior director of college affordability at The Institute for College Access and Success, an advocacy group.

But the Department of Education says it can still meet the timelines it has set.

“The several hundred-million-dollar shortfall will of course have an impact on these important bipartisan priorities, but we will continue to do everything we can with the available resources to better serve students and protect taxpayer dollars,” the department said in a statement sent to CNN.

Still, that means the Federal Student Aid office would be doing more work with less money. Here are some of the tasks it is expected to tackle this year:

Federal student loan borrowers have not had to make any payments since March 2020, thanks to a pandemic-related pause that has been extended by both the Trump and Biden administrations several times.

Most recently, Biden extended the pause after his student loan forgiveness program was halted by federal courts. The administration had told borrowers debt relief would be granted before payments restarted.

Bringing roughly 44 million borrowers back into repayment at one time is an unprecedented task. Many people may be confused about how much they owe, when to pay and how. Missing payments can result in monetary fees.

The government contracts with several outside organizations, such as MOHELA and Nelnet, to handle servicing the federal student loans. But it’s up to the Federal Student Aid office to communicate with the servicers about when payments restart and how.

“To be kind, the quality of student loan servicing has not been stellar,” Fansmith said.

“If you multiply all of these issues, even if small, by 44 million borrowers, it’s a massive national problem,” he added.

In late February, the Supreme Court will hear arguments in two cases concerning Biden’s student loan forgiveness program, which could deliver up to $20,000 of debt relief for millions of low- and middle-income borrowers.

A decision on whether the program is legal and can move forward is expected by June. Until then, it is on hold and no debt will be discharged under the program.

Biden’s student loan forgiveness program has faced several legal challenges since the president announced it in August. The Department of Education had received about 26 million applications for debt relief by the time a federal district court judge struck down the program on November 10.

The legal back-and-forth has created confusion for borrowers around the status of the program. Adding to the uncertainty, about 9 million people received an email from the Department of Education in the fall that mistakenly said their application for student loan forgiveness had been approved.

The Biden administration has plans to overhaul some of its student loan repayment programs and the Federal Student Aid office is charged with rolling those out.

In July, the Department of Education plans to implement permanent changes to the Public Service Loan Forgiveness program to make it easier for government and nonprofit workers to qualify for debt relief after making 10 years of payments. The program has long been plagued with loan servicing problems.

Big changes to the department’s income-driven repayment plans are also in the works, aimed at reducing monthly debt burdens as well as the total amount borrowers pay over the lifetime of their loans.

The new regulations are expected to cap payments at 5% of a borrower’s discretionary income, down from 10% that is offered under most current income-driven plans. As a result, single borrowers making less than $30,600 per year would not need to make any payments under the proposal, up from the current $24,000 threshold.

The changes would also forgive remaining balances after 10 years of repayment, instead of 20 or 25 years, as well as cover the borrower’s unpaid monthly interest.

The Department of Education said last week that it expects to start implementing some of these provisions later this year.

Each year, as part of its normal work, the Federal Student Aid office processes millions of FAFSA applications from students. Generally, the form is released in October for the following academic year.

Every college student needs to fill out the FAFSA in order to qualify for federal student loans, grants and work-study aid. But it has long been criticized as too long and complicated.

Congress passed a law in 2021 that simplifies the FAFSA form, and the Federal Student Aid office has been working on implementing the changes — which financial aid experts hope will be done before October this year.

The office was supposed to have had the changes already done, but the effective date was pushed back by a year.