Feds charge man who claimed he dressed up like Antifa and beat, stole gear from police during Capitol riot 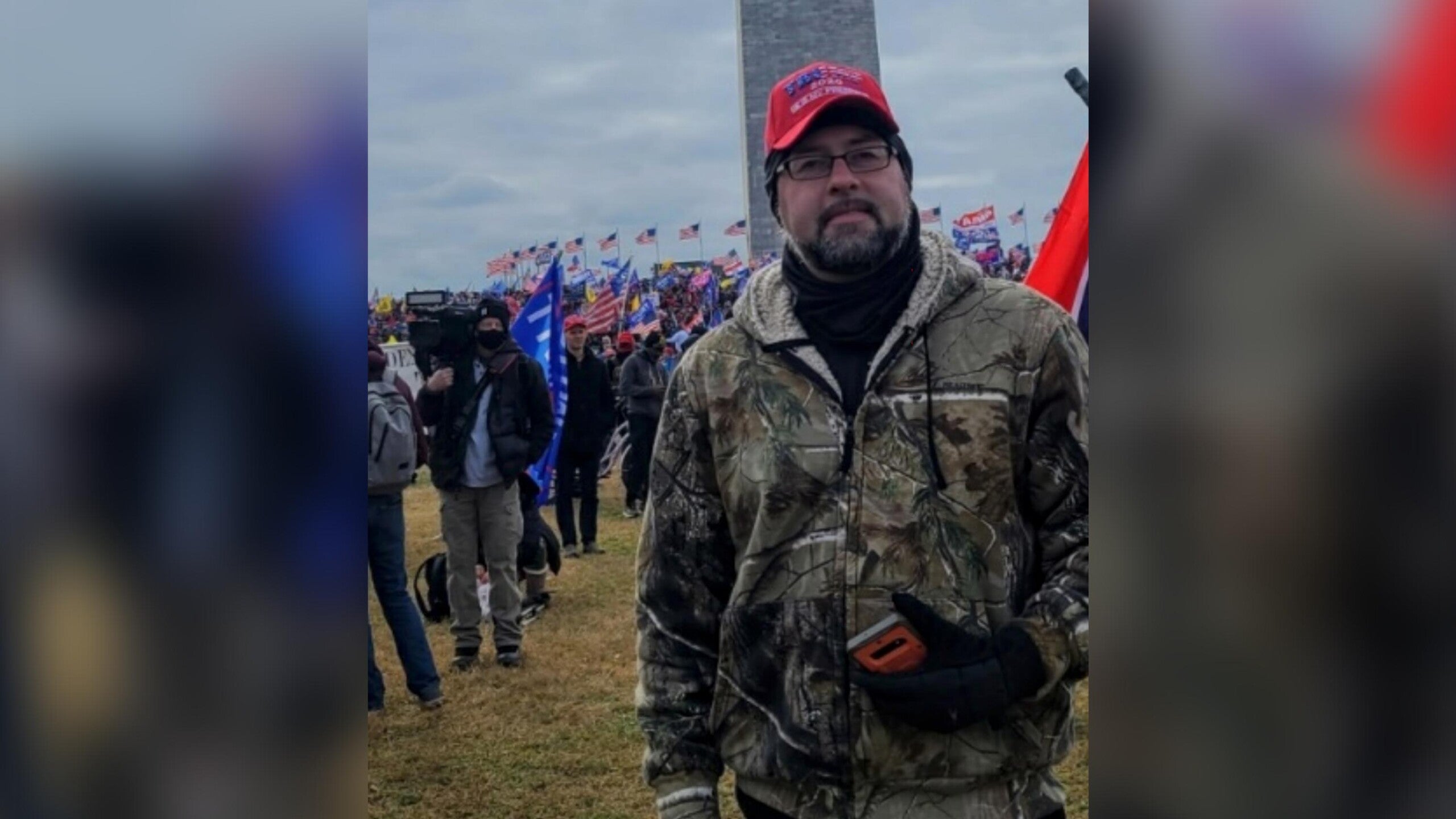 “I’m dressing in all black,” Norwood wrote under the name “Robbie” on Jan. 5, the day before the riot and insurrection, according to text messages cited in an FBI affidavit. “I’ll look just like ANTIFA. I’ll get away with anything.”

After the riot on Jan. 6, additional text messages obtained by the FBI show Norwood claimed he tested his theory.

“I got away with things that others were shot or arrested for,” Norwood wrote, according to the affidavit.

Norwood repeatedly claimed in the text messages the only reason why police allowed him to assault him was because he was dressed like Antifa.

“I fought 4 cops, they did nothing,” Norwood went onto say, according to the affidavit. “When I put my red hat on, they pepper balled me.”

He also claimed that he witnessed Ashli Babbitt being shot, saying that the police officer, “allowed ‘ANTIFA Trump supporters’ to assault him.”

Norwood went onto to claim that he was “one of them” that assaulted the officer.

Norwood has been charged with theft of government property, obstruction of Congress, disorderly conduct on Capitol grounds and knowingly entering a restricted building.

An attorney for Norwood was not listed in court records.

The affidavit described a text that investigators say Norwood claimed he disarmed a police officer and, “got a nice helmet and body armor.” A selfie photo obtained by the FBI depicts what investigators say is Norwood, “wearing what appears to be a US Capitol Police tactical vest underneath a zipped up camouflage jacket.”

Even though he had just claimed he assaulted four police officers, in the same text thread obtained by the FBI, Norwood also claimed that he “saved several cops from being killed by Antifa.”

“I defended them after they assaulted me,” he said, according to the affidavit.

During the course of the text conversation, a family member confronted Norwood about his claims, and hypocrisy.

“Robbie literally bragged about pretending to be this mysterious Antifa y’all go on and on about, and then you say no no REAL antifa did this,” a family member respond, according to the FBI affidavit. “You admitted to going and being something you’re accusing other people of being. And then got mad and blamed others for the same thing you did. What the actual f–k is wrong with you?”

Norwood responded saying in part that, “the one cop who deserved it, got it.”

“I’m anti s–tty cop,” he explained, according to the affidavit. “The cops who acted s–tty, got exactly what they deserved. The ones who were cool got help.”

Except that when Norwood was interviewed by the FBI on January 22, the affidavit indicates that his story appeared to change drastically.

When asked about his claims of assaulting police officers, FBI investigators write in the affidavit that Norwood, “denied assaulting law enforcement officers, and claimed that any statements he made in text messages were meant to make NORWOOD sound tough.”

He repeated his claims that he helped protect police officers from being assaulted, according to the affidavit. FBI investigators also said that Norwood admitted he took some a police helmet and vest, “from a pile of equipment.” Norwood told investigators he left the equipment in the hotel room of an Ohio couple they met outside the Capitol building.

FBI investigators say he admitted to entering the Capitol after two US Capitol Police officers were, “waving people inside” and that he wanted to leave, but was prevented because of the crowd.