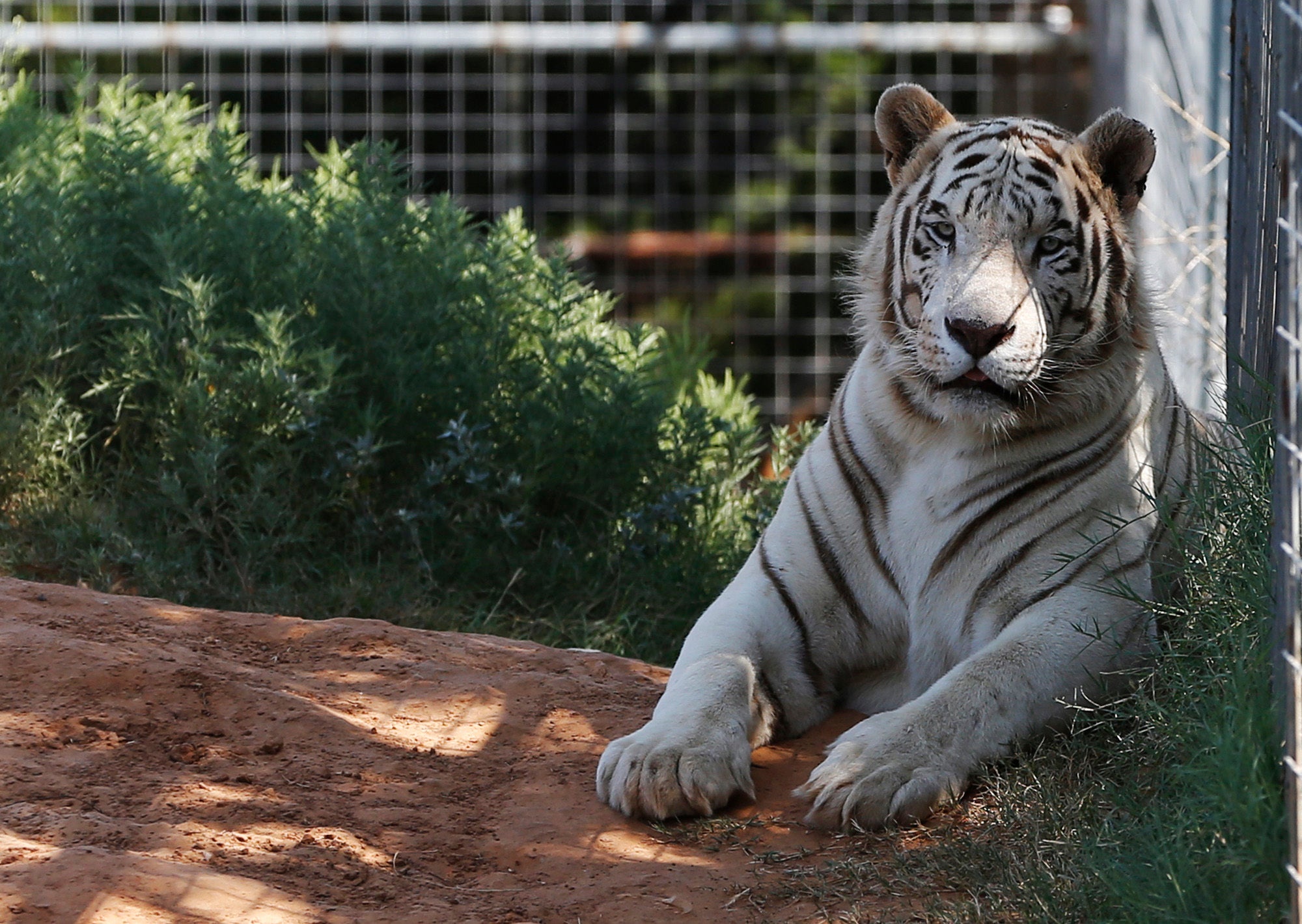 FILE - In this Wednesday, Aug. 28, 2013, file photo, one of the tigers living at the Greater Wynnewood Exotic Animal Park is pictured at the park in Wynnewood, Okla. The animals were moved to a different zoo called, Tiger King-Zoo in Thackerville, Okla. Federal authorities have seized 68 big cats from Netflix's "Tiger King" stars Jeffrey and Lauren Lowe's animal park in Thackerville. The U.S. Department of Justice announced on Thursday, May 20, 2021, the seizure of the federally protected lions, tigers, lion-tiger hybrids and a jaguar. (AP Photo/Sue Ogrocki, File)
by: The Associated Press
Posted: May 20, 2021 / 12:35 PM EST / Updated: May 20, 2021 / 12:35 PM EST

The U.S. Department of Justice announced Thursday that the seizure of the federally protected lions, tigers, lion-tiger hybrids and a jaguar as part of a court-approved agreement to resolve a DOJ complaint against Jeffrey and Lauren Lowe over the animals’ care.

The civil complaint, filed in November, accused the Lowes of recurring inhumane treatment and improper handling of animals protected by the Endangered Species Act. The couple has received numerous citations for failing to properly care for the animals following three inspections of the Tiger King Park in Thackerville since December 2020.

During a hearing last week, a judge found the couple in contempt for failing to comply with court orders to employ a qualified veterinarian and establish a program of veterinary care for the animals. Daniel Card, an attorney for the couple, told a federal judge that the Lowes “want out completely.”

Acting Assistant Attorney General Nicholas McQuaid said in a statement that the DOJ is working to ensure the animals are sent to “responsible animal preserves where they can be safely maintained rather than exploited.”

Jeffrey Lowe was a central figure in “Tiger King” that featured a mullet-wearing zookeeper named Joe Exotic and became a cultural phenomenon last year. Joe Exotic, a pseudonym for Joseph Maldonado-Passage, is serving a 22-year sentence in federal prison in Texas for his 2020 conviction on charges that he participated in a murder-for-hire plot and violated federal wildlife laws.