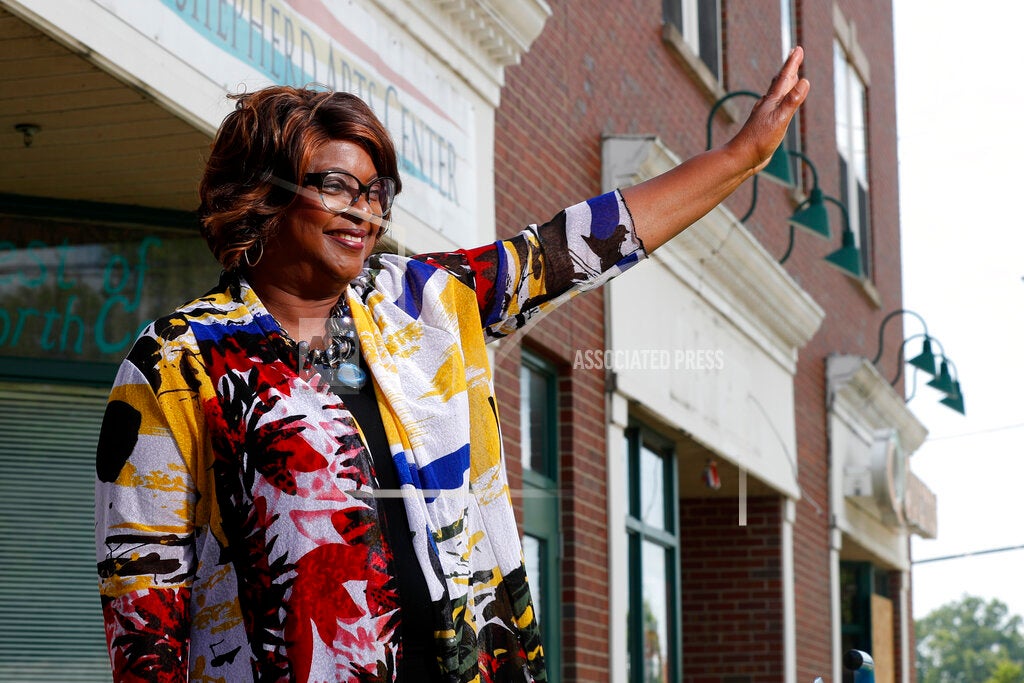 Mayor-elect Ella Jones waves to a supporter passing by while posing for a photo Wednesday, June 3, 2020, in Ferguson, Mo. Jones, currently a city council member who was elected mayor on Tuesday, will become the first black and first woman mayor of the city thrust into the national spotlight after the death of Michael Brown in 2014. (AP Photo/Jeff Roberson)
by: Associated Press
Posted: Jun 3, 2020 / 02:41 PM EST / Updated: Jun 3, 2020 / 02:41 PM EST

(AP) — Ferguson voters have elected Ella Jones as the city’s first black mayor as protests over the death of George Floyd and police treatment of black communities roil the nation.

Jones, a city council member who also will be the first woman to lead the St. Louis suburb, beat fellow council member Heather Robinett in the non-partisan election for a three-year term that starts later this month, the St. Louis Post-Dispatch reported. Incumbent James Knowles III could not run again due to term limits.

Protests following the 2014 fatal police shooting of 18-year-old Michael Brown thrust Ferguson into the national spotlight. They also helped solidify the Black Lives Matter movement formed in the wake of the death of black teenager Trayvon Martin in Florida two years earlier and the acquittal of the neighborhood watch volunteer who shot him.

The city voted Tuesday as protests continued nationwide over the death of Floyd, an African American man who died last week after a white Minneapolis police officer pressed a knee into his neck for several minutes even after he stopped moving and pleading for air.

The shooting of Brown, a black teen, by a white Ferguson police officer prompted a Justice Department investigation that resulted in a consent agreement reached in 2016 that requires significant changes in the city, including municipal court reforms, community policing efforts, hiring more minority officers and improved policies in areas such as use of body cameras and search and seizure practices.

Both Jones, 65, and Robinett, 49, said if elected they would help Ferguson continue implementing the changes outlined in the agreement.