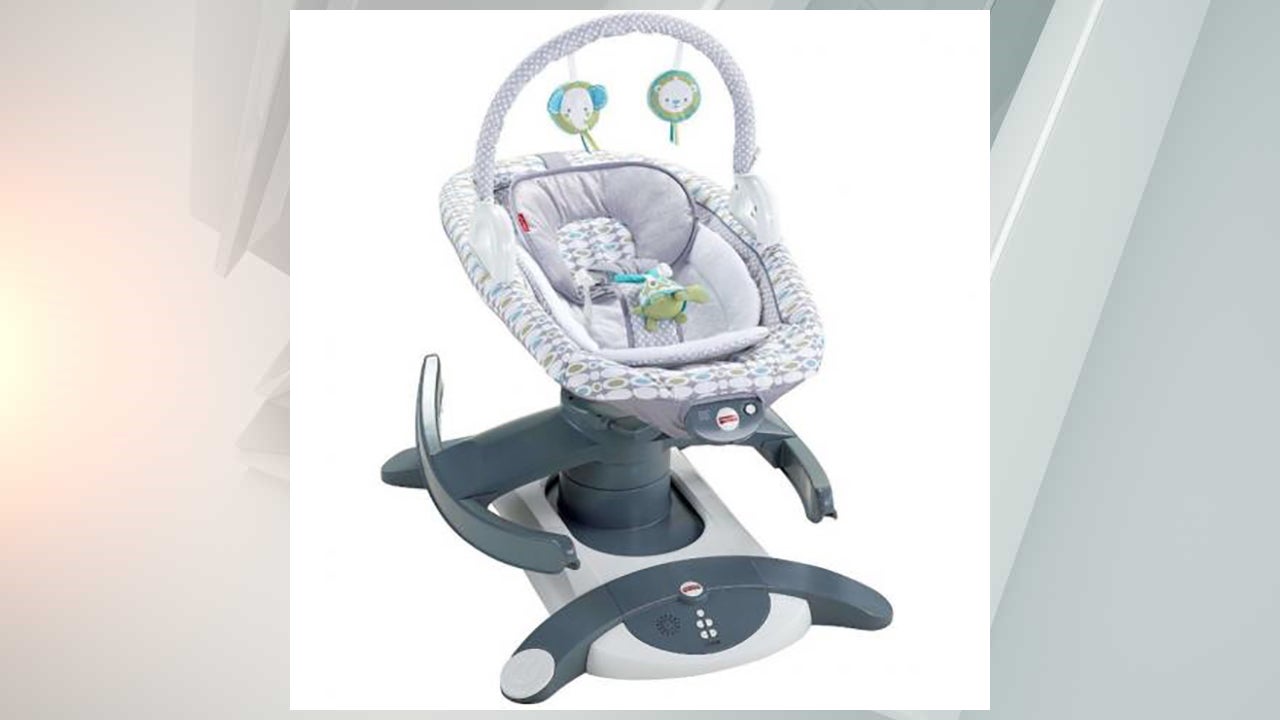 EL SEGUNDO, Calif. (AP) — Fisher-Price says it is recalling a model of its baby soothers after the deaths of four infants who were placed on their backs unrestrained in the devices and later found on their stomachs.

In a joint statement with the Consumer Product Safety Commission, Fisher-Price said Friday it is recalling its 4-in-1 Rock ’n Glide Soothers, which are designed to mimic the motion of a baby being rocked in someone’s arms.

“Washington, D.C. — The U.S. Consumer Product Safety Commission (CPSC) and Fisher-Price are announcing the recalls of the Fisher-Price 4-in-1 Rock ‘n Glide Soothers and 2-in-1 Soothe ‘n Play Gliders. There have been reports of four infant deaths in the 4-in-1 Rock ‘n Glide Soother. The infants were reportedly placed on their backs unrestrained in the product and later found on their stomachs. These incidents occurred between April 2019 and February 2020. The fatalities were a 4-month old from Missouri, a 2-month old from Nevada, a 2-month old from Michigan and an 11-week old from Colorado. There have been no fatalities in the 2-in-1 Soothe ‘n Play Gliders.

“‘These types of incidents are heart-breaking,’ said Acting Chairman Robert Adler. ‘Loving parents put their babies in these products never expecting a tragedy.  Inclined products, such as gliders, soothers, rockers and swings are not safe for infant sleep, due to the risk of suffocation.’

“‘There is nothing more important to Fisher-Price than the safety of our products and the trust that families put in us,’ said Chuck Scothon, General Manager of Fisher-Price. ‘These incidents are indeed heart-breaking. We are committed to educating parents and caregivers on the safe use of all of our products, including the importance of following all warnings and instructions to ensure the health and safety of babies and children.’

“This recall involves CHP56, CHP55 and CBT81 4-in-1 Rock ‘n Glide Soothers. This recall also involves the GDD28, GDD39, GDD41, GGW85, GNX43, GVG43, HBD26 and HBD27 of the 2-in-1 Soothe ‘n Play Gliders. HBT17 is sold in Canada only. The products have two use modes: A powered glider seat and an infant rocker. In both modes, the product can move in a head-to-toe or side-to-side motion. The model number is located on the underside of the base.

“Consumers should immediately stop using the recalled products and contact Fisher-Price for a refund. To obtain a refund, consumers should visit Fisher-Price online at www.service.mattel.com, and click on ‘Recall & Safety Alerts,’ or call toll-free at 855-853-6224 from 9 a.m. to 6 p.m. ET Monday through Friday.

“CPSC continues to emphasize that the best place for a baby to sleep is on a firm, flat surface in a crib, bassinet or play yard. Parents and caregivers should never add blankets, pillows or other items to an infant’s sleeping environment. Babies should always be placed to sleep on their backs.”