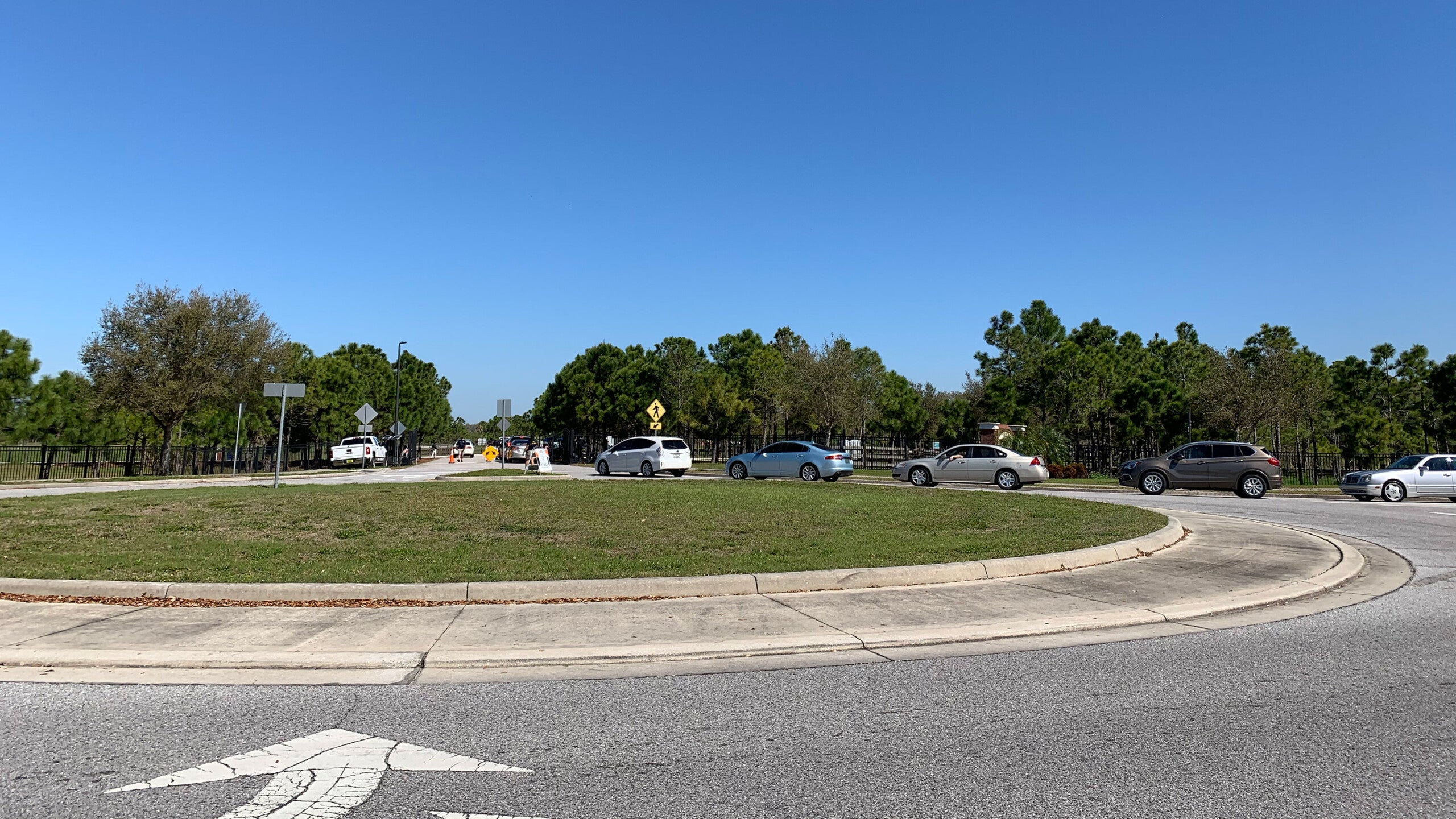 (CNN) — Florida Gov. Ron DeSantis is facing bipartisan criticism and a call for a federal investigation after the state set up invitation-only COVID-19 vaccination clinics in at least two upscale communities.

The exclusive vaccine clinics allowed about 6,000 people to jump ahead of tens of thousands of seniors on waitlists in Manatee and Charlotte counties, where the drives happened.

“I’m an active Republican, so I’m a fan of the governor, but I think that this could have been done better,” said Harvey Goldstein, a staunch Republican in Charlotte County.

DeSantis declined CNN’s request for an on-camera interview for this story. Meredith Beatrice, the governor’s director of strategic initiatives, sent an email to CNN saying, in part, “The insinuation that politics play into vaccine distribution in Florida is baseless and ridiculous.”

Florida, where demand for vaccination has exceeded supply since the state started administering it in late December, is facing statewide vaccine distribution challenges.

So far, more than 3 million Floridians have received one or both doses of a vaccine, according to state records. An overwhelming majority of the recipients, about 76%, have been seniors age 65 and older.

DeSantis has been fending off criticism about the pop-up sites, even threatening to move a clinic that his state set up in an affluent, mostly white, community in Manatee County after he was confronted with allegations of political favoritism.

Vanessa Baugh, chair of the Board of County Commissioners of Manatee County, revealed the origins of the vaccine drive at the Lakewood Ranch community after her emails, obtained by CNN and other media outlets through an information request, showed Baugh asked county workers to pull a list of potential vaccine recipients from only two ZIP codes who would then participate in a state-sponsored vaccine drive.

Baugh said at a public county commissioners’ meeting that DeSantis called Rex Jensen, the CEO of the parent company of the Lakewood Ranch community, about setting up a vaccine drive — and that Jensen called her for help setting up the drive. A news release on the Manatee County website says it aimed to vaccinate 3,000 people over three days.

Jensen’s spokesperson, Lisa Barnott, told CNN their involvement in the vaccine drive was only “to help identify a site that could accommodate 1,000 people per day.”

Some residents in Manatee County said they were outraged by Baugh’s actions.

“The whole thing smacked to me of politics, favoritism, elitism and racism,” Ken Schultz, a Manatee County resident, told CNN.

Baugh apologized following intense criticism regarding the vaccination site, but said at another public county commissioners’ meeting Feb. 18 that if presented with the opportunity again, “I will do exactly what I did this time.”

The Manatee County Sheriff’s Office launched an investigation last week after Michael Barfield, a self-proclaimed citizen watchdog, filed a complaint claiming Baugh may have broken the law by misusing her public position to benefit herself and others.

CNN asked Baugh for comment on the investigation but has not heard back.

At the time, DeSantis discounted the criticism, saying at a Feb. 17 news conference, “It was a choice about where’s a high concentration of seniors where you could have communities provide the ability for them to go on (to get vaccinated).”

It turns out, a similar clinic was arranged at a 55-and-older gated community called Kings Gate, in Charlotte County, which also invited residents of another resort-style community called Grand Palm to get vaccinated.

But some seniors on the county’s waitlist, such as Harvey Goldstein, were not invited, even though he says he lives a few minutes’ drive from Kings Gate, where the pop-up clinic was held last month. The appointments for the drive were filled through the community of Kings Gate, according to a news release issued by DeSantis’ office.

“When we’re delivering vaccines the mechanism has to be as fair as possible, and we can’t play favorites,” Goldstein said. “I think it was a mistake.”

Kings Gate and Grand Palm have something else in common.

They were developed by one of DeSantis’ donors, Patrick Neal, a real estate developer and former Florida lawmaker. Neal is also a prominent developer at Lakewood Ranch. According to the Neal Communities website, Neal also serves on DeSantis’ Judicial Nominating Commission.

Neal Communities spokesperson Leisa Weintraub told CNN via email that the company was not involved in the Lakewood Ranch vaccination site and said the company would have no further comment.

In a news release dated Feb. 15 and issued by Neal Communities, Neal said DeSantis reached out for help with the vaccination event at Kings Gate.

Between 2018 and 2019, Neal donated $125,000 to the Friends of Ron DeSantis PAC, according to campaign finance records. Records also show conservative donor Richard Uihlein, who has family ties to Lakewood Ranch, donated $900,000 to the PAC during that same period.

CNN reached out to Uihlein and has not heard back.

“Lakewood Ranch’s parent company is owned by one of the largest Republican donors in the country, including contributing over $900,000 to the Governor,” Crist wrote in the letter.

The congressman told CNN, “If you’re Hispanic or Black or (a) brown person, you’re not getting these pop-up vaccines that the governor is giving to people that are in more affluent, more White and more Republican parts of Florida.”

Asked for comment, a Justice Department spokesperson would not say whether it was investigating and declined further comment.

In a statement to CNN, the governor’s strategic initiatives director, Meredith Beatrice, said nearly half of the senior living community vaccine points of distribution in Florida have been in Broward and Palm Beach counties, “which are not known for being Republican strongholds.”

But Carlos Hernandez, the mayor of Hialeah, a predominantly Hispanic and working-class city, said he doesn’t buy the governor’s explanation of the pop-up sites.

Hernandez crashed a news conference DeSantis hosted in his city last week, the day the governor announced the partnership with Navarro and CVS y Más, and said he has been trying to talk to DeSantis since the pandemic started.

“Governor, the mayor of Hialeah. How are you, sir?” Hernandez shouted after DeSantis finished his news conference.

As soon as DeSantis walked out, Hernandez walked up to the governor’s lectern and said he doesn’t believe politics are not involved in the distribution of the vaccine in Florida.

“I need help for my people in the city of Hialeah. I’ve been saying that since this thing started,” Hernandez said. “It’s sad that he (DeSantis) talks about politics aren’t involved. Come on. You know what? Give me the vaccines.”