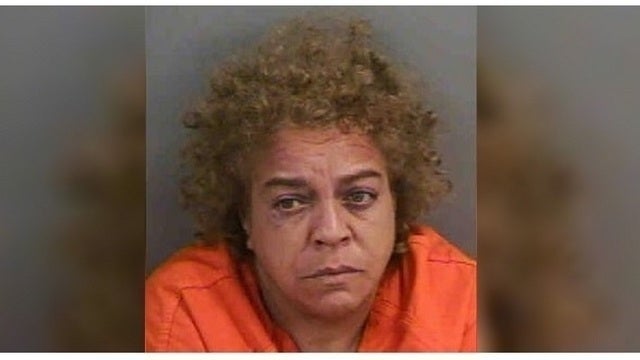 COLLIER COUNTY, Fla. (WFLA) – A Florida woman is behind bars after she allegedly held up a postal worker with a toy gun, WBBH reports.

On Saturday, deputies responded to reports of a woman threatening people with a weapon and found Crisostomo riding a tricycle and holding what appeared to be a black and silver gun, which turned out to be a toy, officials said.

Witnesses said Cristomo used the weapon to force a mail carrier out of his truck, then she made him hand her a package out of the back.

She was detained without incident.

Cristomo later told deputies she was God and the voices in her head were controlling her actions.

No one was injured and the postal worker got his package back, deputies said.