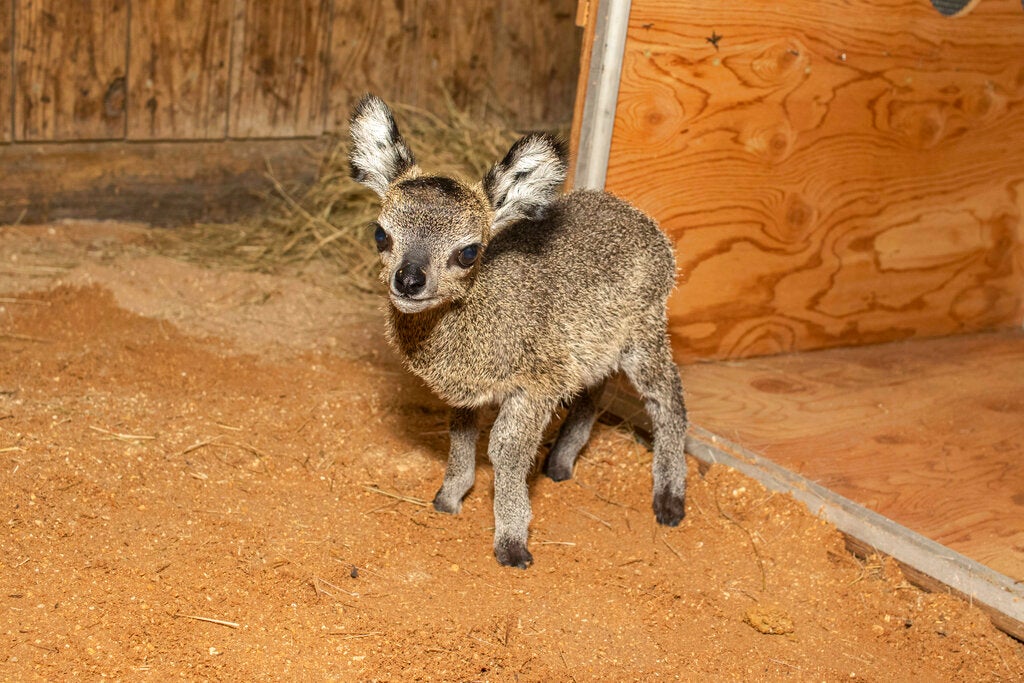 MELBOURNE, Fla. (AP) — Officials say a baby klipspringer antelope is bonding with its mother before making a public debut at a Florida zoo.

The calf was born April 15 to mother Deborah and father Ajabu at the Brevard Zoo in Melbourne. The calf weighed 27.5 ounces at birth.

Zoo officials said Friday that the male calf hasn’t yet been named. It appears to be in good health and is nursing and bonding behind the scenes with its mother. It is the ninth klipspringer born at the zoo.

The species of antelope typically gives birth to one calf, which will grow to between 18 and 40 pounds.