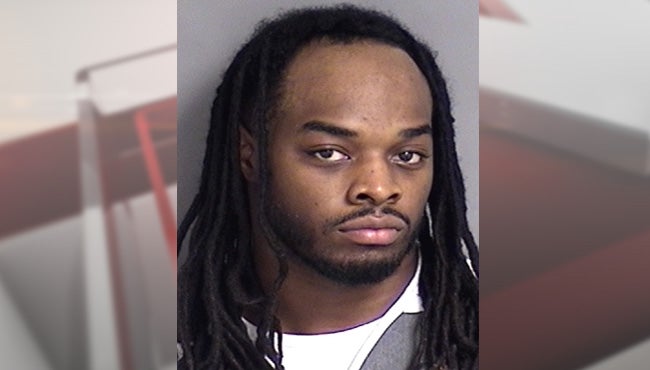 HOOVER, Ala. (WIAT) – Former Colts running back Trent Richardson was reportedly arrested in Hoover, Alabama Thursday evening after police received a call about a possible domestic disturbance at the Hyatt Place Hotel on John Hawkins Parkway. Another call was received at 8:05 p.m., reporting yelling coming from a guest room.

Capt. Gregg Rector says officers responded to the scene at 8:08 p.m., and were escorted by a hotel employee to the disturbance, where they found Richardson and a female in a domestic altercation. Rector says officers interviewed both individuals and discovered the two had gotten into an argument at the nearby Walmart, and that the dispute continued when they got back to the hotel.

Rector says at some point, the argument turned physical, and the woman sustained scratches and bruises to the face.

Richardson was arrested and taken to the Hoover City Jail. He is charged with domestic violence in the 3rd degree. His bond is set at $1,000.Join the discussion on Facebook: