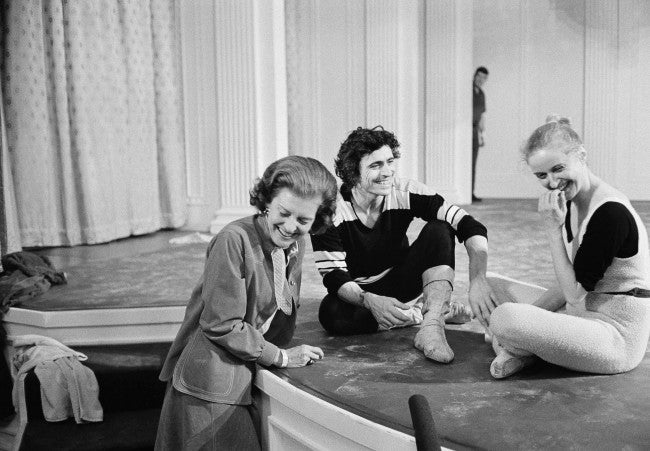 A leading ballerina of the 20th century, Verdy joined the New York City Ballet in 1958 and danced more than 25 principal roles in a performance career that extended through 1977.

She performed in over 100 different ballets with works by more than 50 choreographers, including classics “Giselle,” ”Swan Lake,” ”The Sleeping Beauty,” ”Romeo and Juliet” and “Cinderella.”

Verdy worked as a teacher and coach with more than 150 professional companies and schools worldwide. She served as principal guest teacher to The School of American Ballet in New York City and as artistic adviser to the Académie Américaine de Danse de Paris.

She was the first woman to be artistic director of the Paris Opera Ballet , from 1977 to 1980, and the first to hold a university faculty chair position solely for ballet. She joined the ballet faculty of the Jacobs School in 1996.

She appeared on stage, film and television include the title role in Ludwig Berger’s film “Ballerina” (1950) and the MGM film “The Glass Slipper” (1955). She also was a published author of children’s literature, including “Of Swans, Sugarplums and Satin Slippers: Ballet Stories for Children” (1991) and “Giselle: A Role for a Lifetime” (1970).

She was born Dec. 1, 1933, in the working-class seacoast town of Pont-l’Abbe in northwest France and christened Nelly Armande Guillerm by her parents. She changed her name to Violette Verdy at age 15.