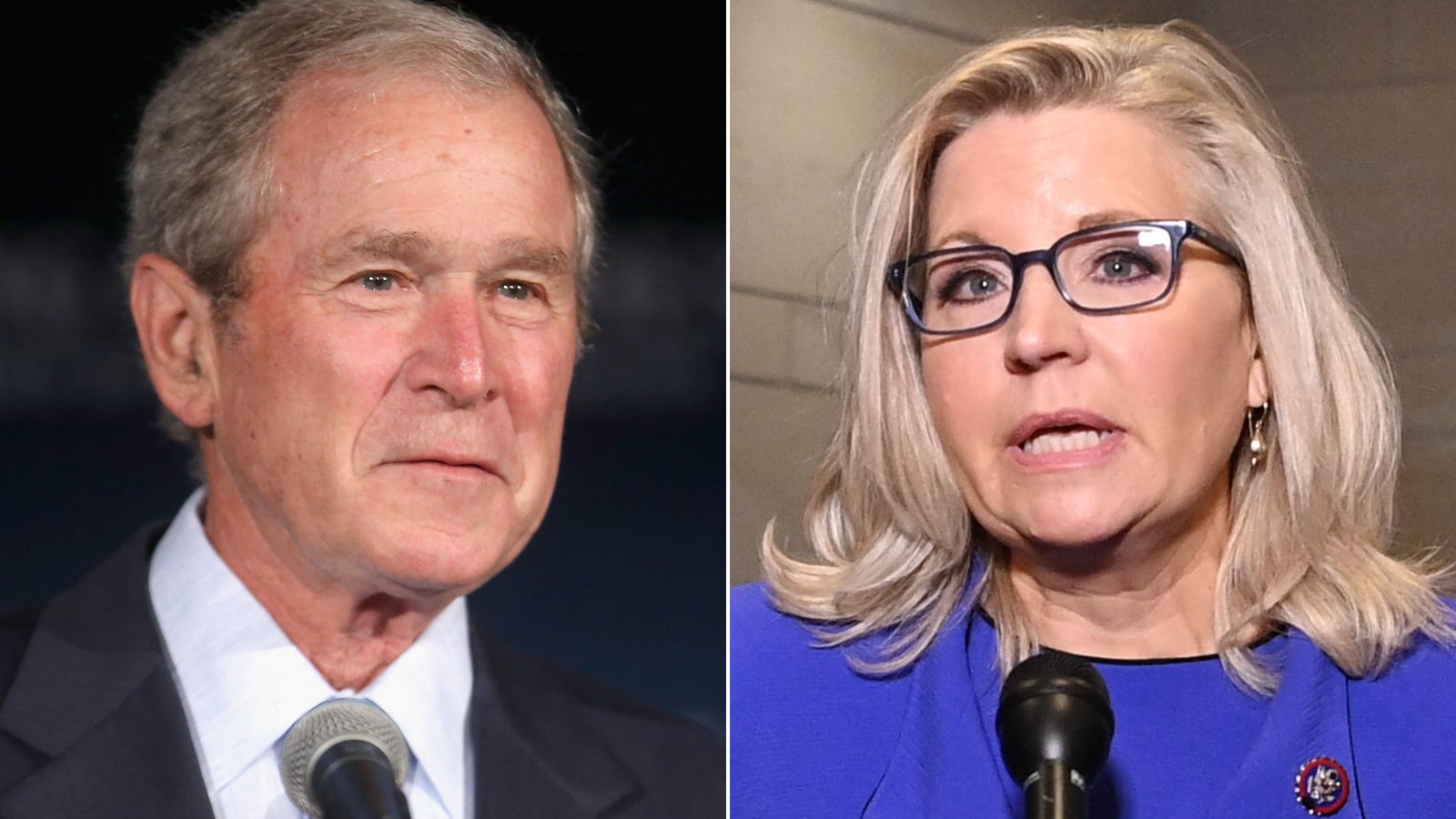 (CNN) — Former President George W. Bush will hold a fundraising event for Wyoming GOP Rep. Liz Cheney, according to a source familiar with the event, putting him in direct opposition with the efforts of former President Donald Trump.

The primary race between Cheney and her Trump-endorsed Republican challenger Harriet Hageman is shaping up as one of the most notable proxy contests in the greater fight over the future of the Republican Party. Cheney, the daughter of Bush’s Vice President Dick Cheney, voted to impeach Trump after the deadly riot at the US Capitol on January 6 and has rejected his baseless claims that there was widespread fraud in the 2020 election, leading to her ejection from her House Republican leadership role.

Bush’s fundraising event for Cheney will be held next month in his home state of Texas, according to the source. The Wall Street Journal was first to report the details of the fundraiser.

In recent months, George Bush has stepped up his criticism of Trump, though he has not attacked the 45th president by name. He has decried the “loud voices” in the GOP “who are isolationists, protectionists and nativists” and revealed he wrote in the name of his former Secretary of State Condoleezza Rice on his 2020 presidential ballot rather than vote for Trump.

Bush, who has said he was “appalled by the reckless behavior of some political leaders since the election” in the aftermath of the Capitol riot, also called on Americans on the 20th anniversary of the September 11, 2001, terrorist attacks to confront domestic violent extremists, comparing them to violent extremists abroad and warning that they are “children of the same foul spirit.”

In response, Trump issued a blistering statement saying Bush should not be “lecturing” Americans about the threat posed by domestic extremism.