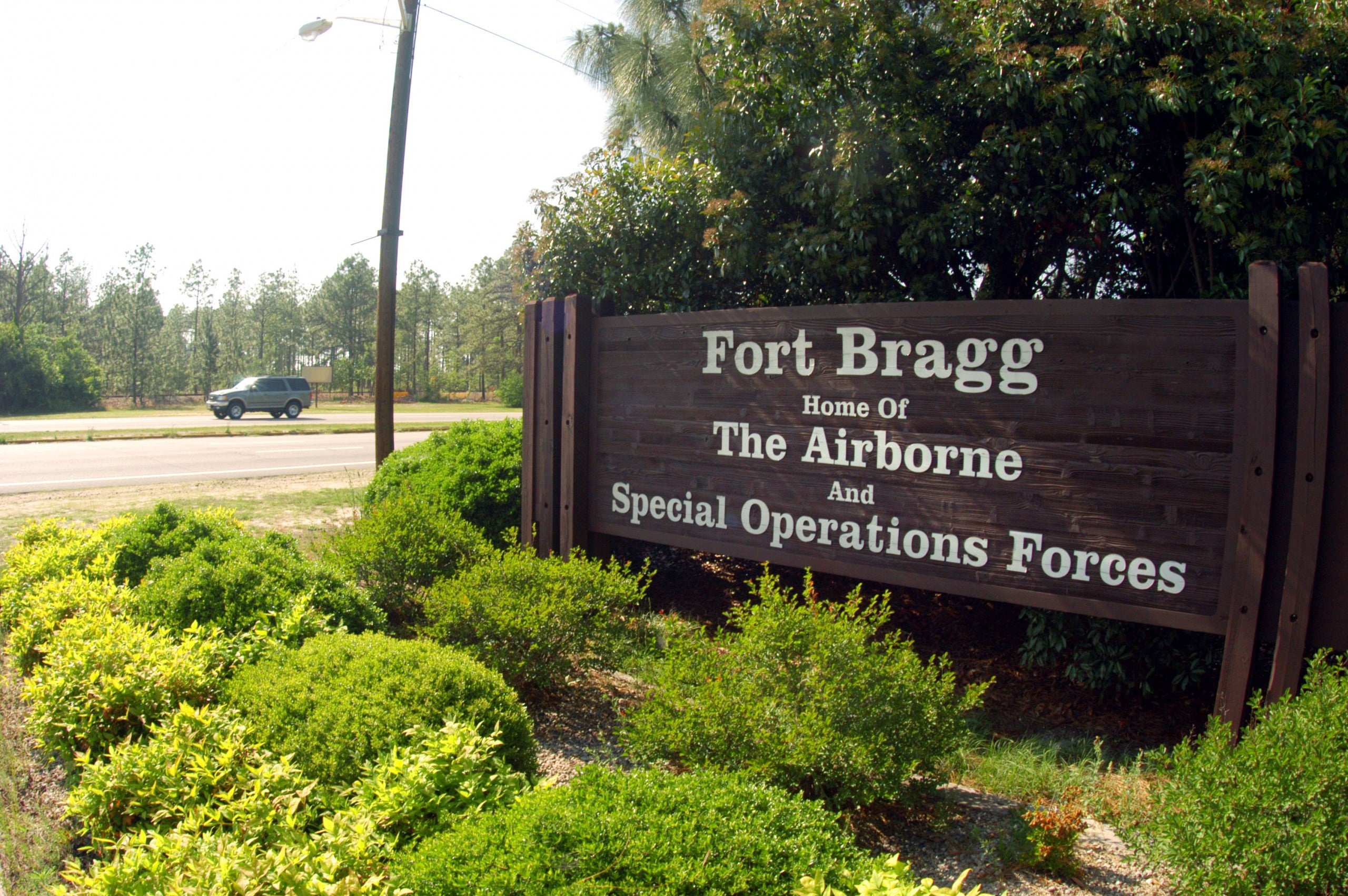 FORT BRAGG, NC - MAY 13: A sign shows Fort Bragg information May 13, 2004 in Fayettville, North Carolina. The 82d Airborne Division was assigned here in 1946, upon its return form Europe. In 1951, XVIII Airborne Corps was reactivated here and Fort Bragg became widely known as the "home of the airborne." Today Fort Bragg and neighboring Pope Air Force Base form one of the largest military complexes in the world. (Photo by Logan Mock-Bunting/Getty Images)
by: By Sydney Basden, WLOS
Posted: Apr 7, 2021 / 11:32 AM EST / Updated: Apr 7, 2021 / 11:32 AM EST

NEW BERN, N.C. (WLOS) — A former Ft. Bragg Private is facing more than 12 years in prison after authorities said he took his 12-year-old “girlfriend” out of the state in a fake kidnapping.

James Peele has been sentenced for transportation of a minor with the intent to engage in criminal sexual activity.

According to officials, a New Bern woman found her 12-year-old granddaughter missing from her bedroom on October 21, 2018. The window was open, and there was a hand-written ransom note demanding $20,000. While authorities found mulch from a flower bed in the room and smudge on the window, they said there was no sign of forced entry. After reviewing the child’s Facebook, officials said they found a page identifying James Peele as a boyfriend.

The Federal Bureau of Investigation soon determined that Peele was in the U.S. Army and stationed at Ft. Bragg. Authorities traced him to a barracks room, where Peele was found with the child that same afternoon. According to officials, a forensic examination confirmed he had recently had sexual intercourse with the 12-year-old girl.

According to law enforcement, a friend of Peele’s also stationed at Ft. Bragg said that Peele had asked for a ride to his “girlfriend’s” house a week before the apparent kidnapping. Peele reportedly told the friend the victim was 18.

“When they arrived, however, Peele instructed the friend to park at a vacant neighboring house, and Peele entered the home through a window,” officials said. “The friend also entered the room and became concerned about the girl’s age after noticing childlike décor, including middle school photographs and a hamster. The friend explained to investigators that he had become disgusted and left the room when Peele and the minor began kissing.”

Investigators said that after leaving New Bern on October 21, Peele drove the minor victim to his parents’ house in South Carolina, introducing her as his girlfriend and that she worked in a sewing shop. Back at Fort Bragg, officials Peele’s roommate was present when he arrived with the girl.

“As the roommate later recounted to investigators, the minor stayed in the room as Peele left to meet his sergeant,” officials said. “Later, Peele returned and asked his roommate to turn up his music, which the roommate understood to mean that Peele planned to have sex with the girl behind a sheet that had been hung across the room for privacy. The roommate left, and the FBI arrived soon after.”

During her interview, authorities said the girl told them that she and Peele had been involved in a sexual relationship. She told them that she had told Peele her true age but said he responded that age is just a number. She also said that she had not been kidnapped, but officials said she denied having come up with the idea to stage the kidnapping.

Following his arrest, authorities said Peele made a videotaped confession, admitting to having intercourse with the girl. He also admitted to writing the ransom note, though he told officials that the child had asked to leave with him and came up with the kidnapping idea. He said he believed the victim was 18, but he did say that he saw her at a sleepover with friends who looked young, including a girl whose age he had seen as 12.