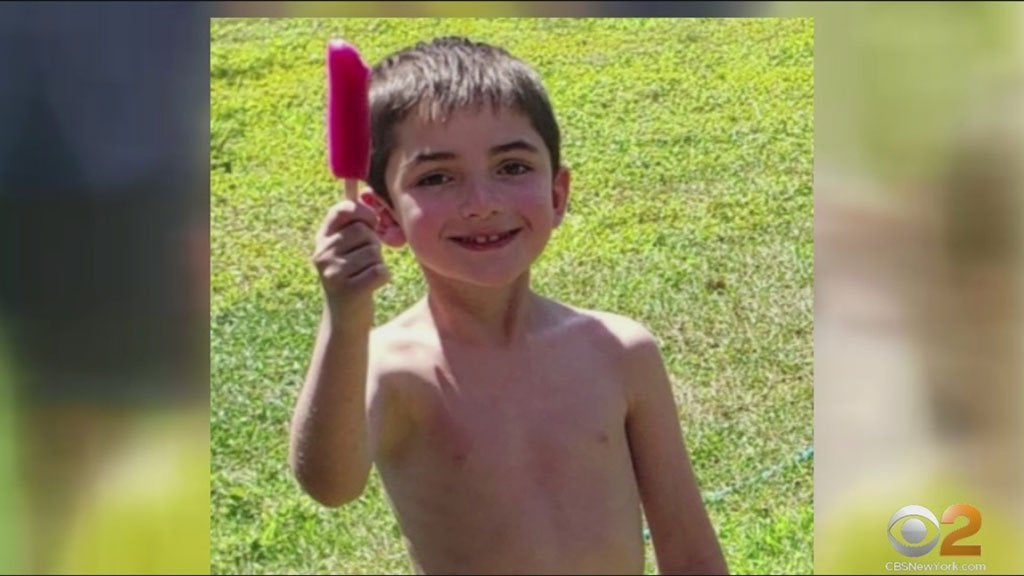 The 8-year-old boy’s father, NYPD Officer Michael Valva, and his fiancée Angela Pollina have been charged with second-degree murder.

Thomas’ small white and gold casket was carried into St. Elizabeth of Hungary Roman Catholic Church this morning in Melville. Zubko-Valva’s family and coworkers wore blue ribbons and lined the entry and she and his two brothers filed in filled with emotion.

Stifled sobs could be heard as the bishop who baptized Thomas emplored anyone moved by his death to take action in the boy’s name.

“I hope that the message of this tragedy will teach so many hearts and so many lives. Just simply because we have to do something about it,” he said. “Another human life was lost because of our human negligence.”

Tears flowed for a child who most there didn’t even know.

“To have him fall through the cracks of the court system, it’s just a sad day for America,” said mourner Ron Azzaro.

“I feel the need to be here. I have a child the same age, a boy. And I just couldn’t imagine going through something like this,” one mourner said. “This can’t happen. This can’t ever happen again.”

“To die in such a horrendous way and at the hands of the parents, is just heartbreaking,” said another woman.

“A very sad situation. Everybody feels for that child,” another added.

The funeral costs were all donated, and the eulogy called for an examination of conscious – for a little boy who the bishop said put us all to shame.

Police said Thomas died of hypothermia after being forced to sleep in an unheated garage as temperatures dipped to 19 degrees.

Despite years of documented abuse, allegedly at the hands of Valva and Pollina, the courts sided with the cop for custody over the boy’s Polish-American mother, who represented herself.

Zubko-Valva said her estranged husband and his fiancée convinced Child Protective Services and judges that she was unstable.

Now some question whether additional independent and state investigators are needed.

“Please continue praying for my family, for Tommy,” she said at his wake Wednesday.

Both Thomas and his 10-year-old brother, Anthony, were diagnosed on the autism spectrum. Zubko-Valva now has custody of Anthony and her other son.

CBS2’s Jennifer McLogan sat down with Suffolk County Executive Steve Bellone, who attended but made no public comments at the service. Bellone vowed to investigate how the Department of Social Services handled the case. However, CBS2 has been denied an interview with CPS.