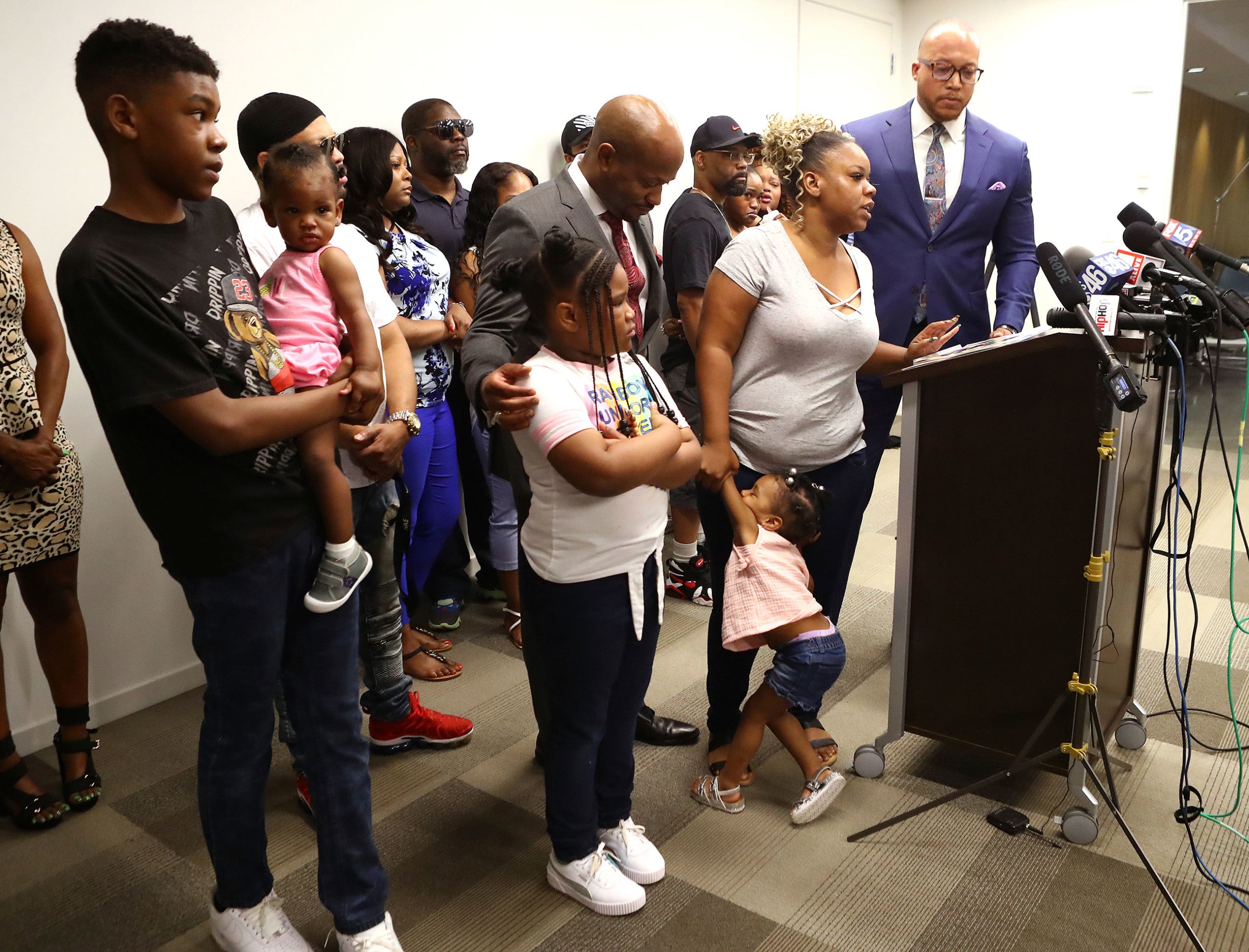 Tomika Miller, the wife of Rayshard Brooks, speaks in his memory with their children by her side saying the heartbroken family was determined that the tragedy of his death spark positive change during a press conference on Monday, June 15, 2020, in Atlanta. Brooks was killed by an APD officer on Friday. (Curtis Compton/Atlanta Journal-Constitution via AP)
by: Christina Maxouris, CNN
Posted: Jun 21, 2020 / 10:52 AM EST / Updated: Jun 21, 2020 / 11:56 AM EST

(CNN) — Clark Atlanta University partnered with an alumna and local restaurant owner to give Rayshard Brooks’ four children a full scholarship to the college.

Brooks, 27, was killed earlier this month by an Atlanta police after officers received a call about a man sleeping in a vehicle in a Wendy’s drive-through. He leaves behind three daughters — 1, 2 and 8 years old — and a 13-year-old stepson. Hours before he was killed, Brooks was out with his youngest daughter celebrating her birthday and had more celebration plans in store for the next day.

The $600,000 scholarships will cover tuition, meals, room and board for the four children, the university said in a statement.

“It was without hesitation that we made the decision to partner with our notable alumna and entrepreneur Pinky Cole to help the family and children of Mr. Rayshard Brooks,” university president George T. French. Jr. said in a statement.

“The senseless death of Mr. Brooks will undoubtedly have long-term financial effects on the family and these scholarships will not only provide them with a means to access a world class education, but will help them on their pathway of success.”

“When you lose someone so close to you, there is a level of momentum that is lost because a piece of you is gone. I saw Rayshard’s wife Tomika’s pain, and my heart led me to want to help her and her children,” Cole said in a statement.

“Rayshard Brooks could’ve been my brother, my father, or even my significant other. I wanted to remind her that it takes a village and we are a part of her village.”

In the days following Brooks’ death, the Atlanta police chief stepped down and the officers involved have both been charged.