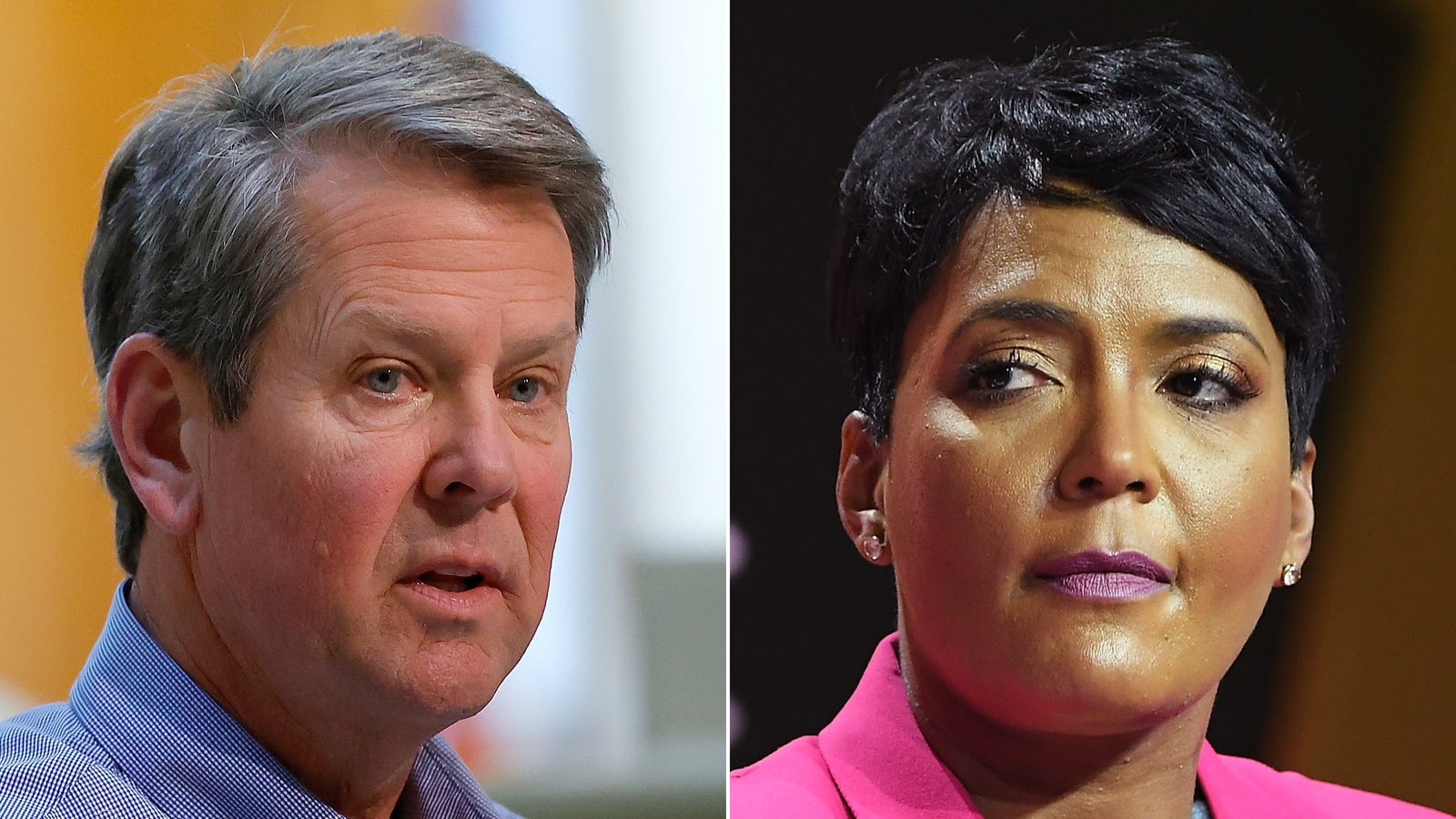 (CNN) — Mayors across Georgia stood behind Atlanta Mayor Keisha Lance Bottoms Thursday after the state’s governor filed a lawsuit against her over the city’s mask mandate.

Gov. Brian Kemp said the measure violates his emergency orders prohibiting local leaders from adding to the state’s requirements to protect against coronavirus. The lawsuit escalates a feud between Kemp and Bottoms after she introduced an order that makes not wearing a mask within city limits punishable by a fine or up to six months in jail.

As of Friday morning, Georgia had reported 131,287 coronavirus infections and 3,105 deaths, according to data from Johns Hopkins University.

“3104 Georgians have died and I and my family are amongst the 106k who have tested positive for COVID-19. Meanwhile, I have been sued by @GovKemp for a mask mandate,” Bottoms tweeted Thursday shortly after the lawsuit was announced. “A better use of tax payer money would be to expand testing and contact tracing. #ATLStrong.”

It also challenges Bottoms’ call to limit public gatherings to 10 people, rather than the 50 Kemp favors, and says the city has not been enforcing his limit. He says Bottoms doesn’t have the authority to order the city revert to “Phase 1” guidelines to close restaurant dining rooms and to urge people to stay home except when essential.

He disputes her claim that she “issued an Order directing” a return to stricter business regulations of Phase 1. He says she merely said so to the press.

Kemp’s suit asks a judge to bar Bottoms from “issuing press releases, or making statements to the press, that she has the authority to impose more or less restrictive measures than are ordered by Governor Kemp related to the Public Health Emergency,”

But several mayors in the state have spoken out against the lawsuit, saying that mask mandates are supported by their residents.

Several mayors told CNN, Kemp’s order and the action he is taking to enforce it has kept them from taking action to protect their citizens.

“As I’ve consistently said, you’ve got to have the three W’s. You’ve got to wear a mask, you’ve got to wash your hands and you have to watch your distance,” Augusta Mayor Hardie Davis, Jr. told CNN’s Don Lemon Thursday. “If we’re going to keep people from dying in the state of Georgia, these are things we have to do.”

“Not only are we fighting coronavirus on one hand, it appears as if we’re fighting our state on the other hand,” Johnson said. “We’re going to do what we can to protect Savannahians. … This is a fight for our lives.”

And though Kemp’s office argued the order against mask mandates supports residents, some mayors said the public is calling for more restrictions.

“I’m hearing from constituent after constituent who is saying, ‘please, hang on to the mask order. We want to be safe. We want a community that is safe,” Athens-Clark Mayor Kelly Girtz told CNN’s Chris Cuomo.

Even businesses benefit from the mandates, he argued, because they allow them to implement safety measures evenly.

“We want to be sure whether you are a small business or national chain you are similarly safe,” he said. “Business people have been asking me to create as level a playing field as possible.”

“You know who is caught in the battle between the Georgia Governor and Local governments? Grocery store clerks, retail workers, and restaurant servers,” Dunwoody Mayor Lynn Deutsch wrote on Twitter. “In other words, just the folks who aren’t likely to have health insurance and paid time off.”

‘It has nothing to do with politics’

Davis, Johnson, Girtz and Bottoms are all Democrats speaking against the policy implemented by a Republican governor, but they say coronavirus and its precautions shouldn’t be political.

“What we can’t do is use executive orders to divide the state of Georgia and take an apolitical public health crisis and turn it into a political football,” Davis said.

In fact, may Republican leaders have signed on for restrictions to protect against the virus’ spread, Girtz noted.

“Texas, Alabama, we’re hearing about Arkansas today,” he said. “It’s just clear there are some simple health care guidance and science that we all ought to be following across the political spectrum.”

Johnson said the governor’s orders are stopping local leaders from acting against the virus even as neighboring Alabama has mandated masks and Florida to the south is becoming the hotspot.

“It has nothing to do with politics. It’s about protecting our folks,” he said.