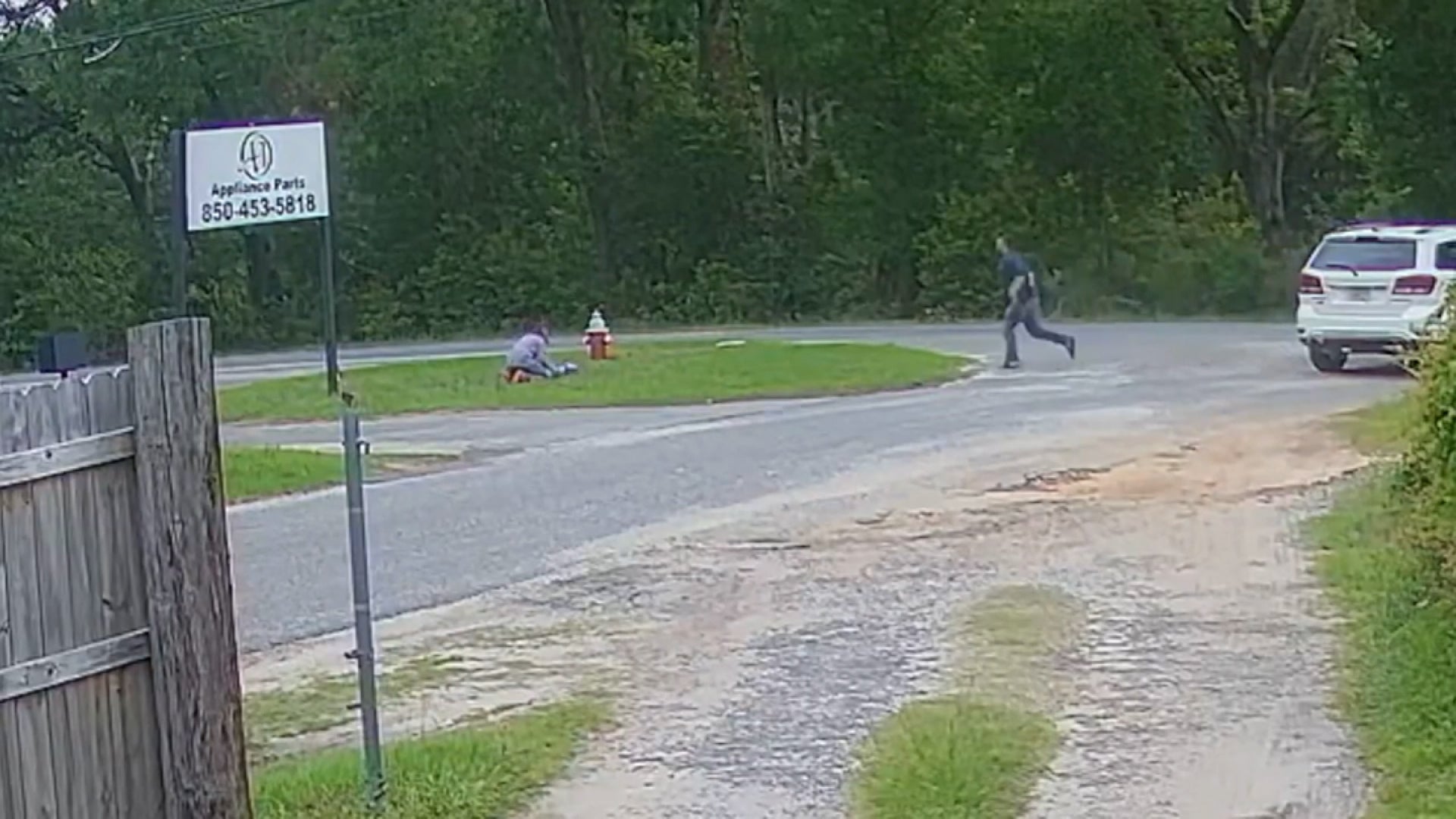 (CNN) — The 11-year-old girl who fought off an alleged kidnapping attempt this week credited “Law and Order: Special Victims Unit” for some quick thinking that helped authorities identify a suspect.

In an interview with NBC’s “Today Show,” the girl identified as Alyssa said she marked her attacker with the blue slime she had been playing with because she “knew that might be better evidence if the cops did find him.”

In a news conference this week, Escambia County Sheriff Chip Simmons said the girl was waiting for her school bus in Pensacola, Florida, Tuesday morning when a man drove up.

“The man got out of his vehicle holding a knife, came towards me and I tried to run but he caught me,” Alyssa told “Today.”

Surveillance video released by the sheriff’s office shows the girl trying to run away before the man grabs her. There’s a struggle before she breaks free from the suspect’s grip and they both fall to the ground. The girl is seen running away while the man hurries back to his car and drives off.

Simmons said the girl was playing with blue slime at the time of the kidnapping attempt, and when authorities arrested suspect 30-year-old Jared Paul Stanga, he “had blue slime all over his own arms.”

“I was able to get the slime onto his upper arm,” Alyssa said, “and a little bit on his lower arm.”

Stanga has been charged with attempted kidnapping of a child under 13, aggravated assault with a weapon and simple battery, according to the sheriff’s office. He’s being held on $1.5 million bond. His attorney declined to comment when reached by CNN on Wednesday.

Asked how she felt after her narrow escape, Alyssa said, “mostly proud of myself,” and said she believed “SVU” Detective Olivia Benson would probably tell her, “You’re brave and good job!”