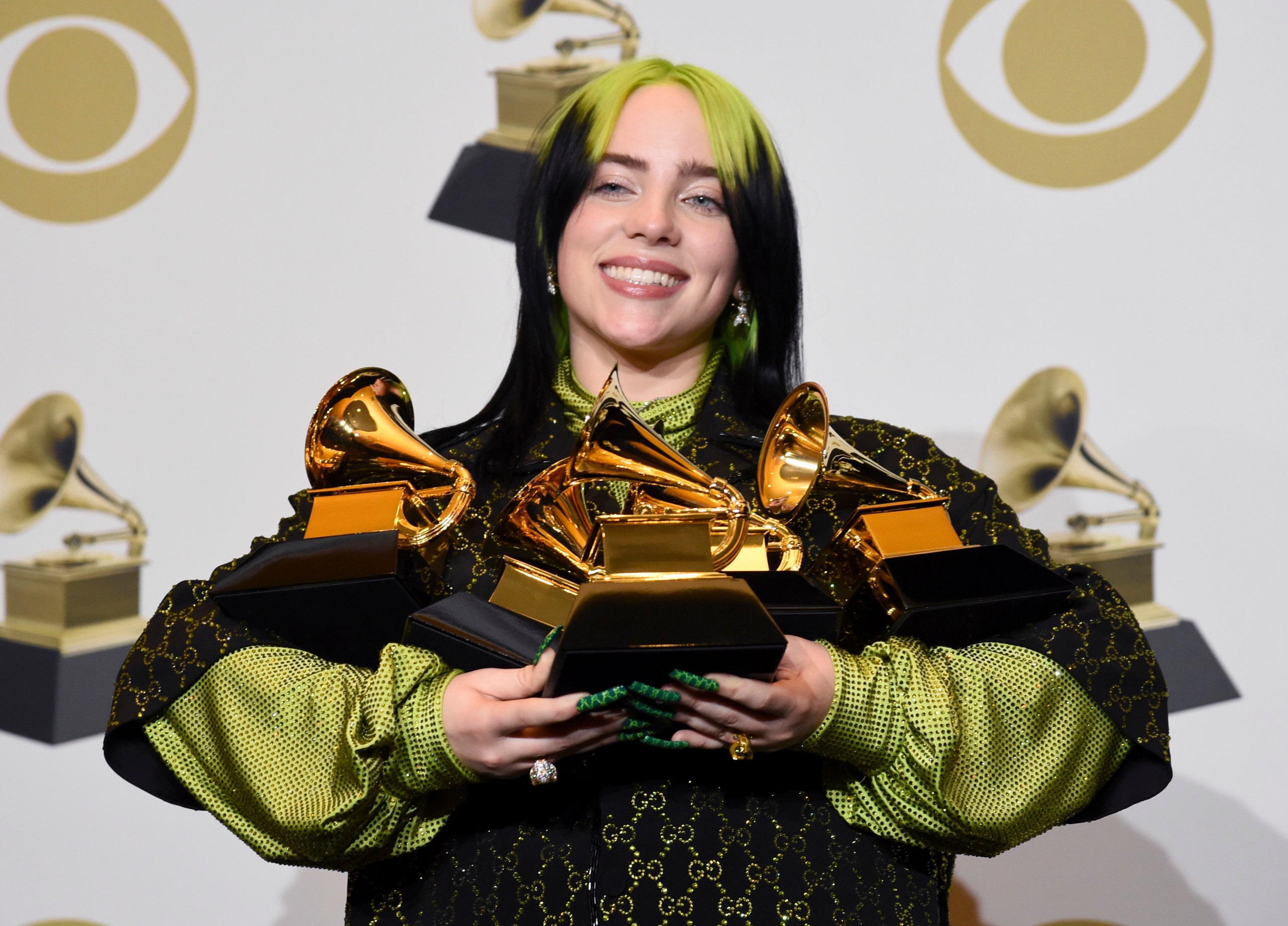 FILE - In this Jan. 26, 2020 file photo, Billie Eilish poses in the press room with the awards for best album and best pop vocal album for "We All Fall Asleep, Where Do We Go?", best song and record for "Bad Guy" and best new artist at the 62nd annual Grammy Awards in Los Angeles. The Recording Academy is making changes to several Grammy Awards categories, including the often-debated best new artist title, as well as having nomination review committee members sign disclosure forms to prevent conflicts of interest. (AP Photo/Chris Pizzello, File)
by: MESFIN FEKADU, AP Music Writer
Posted: Jun 10, 2020 / 10:11 AM EST / Updated: Jun 11, 2020 / 10:33 AM EST

The new rules announced Wednesday will affect the 63rd annual Grammy Awards, which will air live on Jan. 31, 2021.

The best new artist award has been criticized for decades, and the academy has tried to evolve with the ever-changing music industry by continually updating the category’s rules. In recent years, the award has been scrutinized because the academy placed a song and album limit, disqualifying certain performers. But the new rules say, “there is no longer a specified maximum number of releases prohibiting artists from entering” the category.

The change will benefit younger artists, specifically rappers, who tend to release many singles and therefore did not qualify in recent years because they surpassed the 30-song limit. Whitney Houston and Lady Gaga missed out on being best new artist nominees because of the category’s rules in the years they marked their breakthroughs.

The academy also said musicians invited to participate in a nomination review committee — in place to safeguard a specific genre’s integrity and to serve as additional checks and balances — will have to agree to the terms of a conflict of interest disclosure form. Committee participants will have to reveal if they would benefit from an artist’s nomination for that category, whether the ties are financial, familial or creative.

If a conflict is discovered, that person would not be allowed to sit on that committee that year.

Some of the new changes could be a response to former Recording Academy CEO Deborah Dugan, who was fired only months into her job and days before the 2020 Grammys, held in January. Dugan had said the awards show was rigged and muddled with conflicts of interest. Questions have loomed for years around the nominations process for the Grammys, but the doubts reached a new level following Dugan’s comments.

The academy has said that nominees are selected from contenders voted into the top 20 in each category. But critics have called the voting less than transparent, because the choice of finalists happens behind closed doors. That has stirred claims that members of key nominating committees promote projects they worked on or projects they favor based on personal relationships.

The academy’s board of trustees approved the new changes last month. The organization also said it is making its 66-page rules and guidelines book public for the first time, at Grammys.com, starting Wednesday.

Other changes approved by the board:

— The best rap/sung performance Grammy will now be called best melodic rap performance. The category was originally titled best rap/sung collaboration and was established at the 2002 Grammys for collaborations between rappers and R&B or pop singers. For the 2017 Grammys, the academy renamed it and allowed solo artists who sing and rap on a song — from Drake to Chris Brown — to compete. The newly titled category, available to solo performances or collaborations, now “requires a strong and clear presence of melody combined with rap cadence, and is inclusive of dialects, lyrics or performance elements from non-rap genres including R&B, rock, country, electronic or more.”

— The best urban contemporary album award, which debuted at the 2013 Grammys and represented R&B albums that fused elements of other genres, from rock to dance, has been renamed to best progressive R&B album. Qualified albums should “include the more progressive elements of R&B and may include samples and elements of hip-hop, rap, dance, and electronic music.”