Graphic video: No charges for officer who shot, killed teen 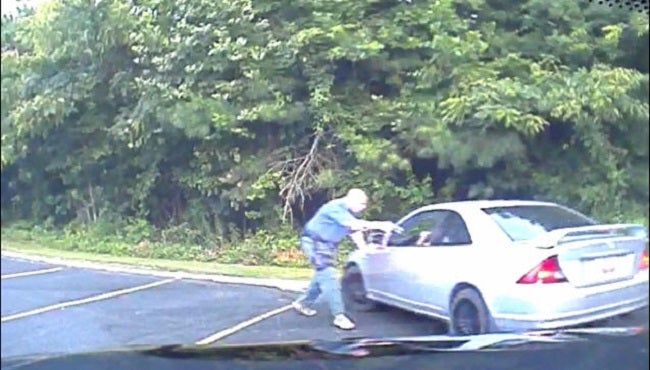 Hammond, 19, was shot and killed by the police officer on July 26 during what investigators say was a drug sting in the parking lot of a restaurant. The officer has said he fired in self-defense.PHOTOS | Evidence photos provided

10th Circuit Solicitor Chrissy Adams says that she has completed her review of the South Carolina Law Enforcement Division’s (SLED) investigation into the Hammond case.

After considering the facts of the case and “a thorough review of the State investigation…[she has] determined that no criminal charges should be filed against Lt. Mark Tiller at the State level,” Solicitor Adams said in a release.

She met with the Hammond family Monday and informed them of her decision.

A letter from the Solicitor has also been issued to SLED outlining her “prosecutorial decision and closing” of the State’s investigation, Solicitor Adams says.

Response from the city

The Seneca City Administrator released a written statement about the decision.

“While the effects of outside agitators to tear apart our community lingers, we are thankful the investigation has come to an end and shows Lt. Tiller was acting in self-defense,” wrote Greg Dietterick.

Due to a request by the United States Attorney Bill Nettle, Adams will not be releasing “any additional information while the federal authorities are making their charging determination.”

This is the complete statement from Seneca City Administrator Greg Dietterick. He says there will be no more statements on the decision Tuesday from his office or other city administrators.

The past three months have been extremely difficult for the residents of Seneca, its city employees and the 45 members of its police force. While the effects of outside agitators to tear apart our community lingers, we are thankful the investigation has come to an end and shows Lt. Tiller was acting in self-defense. The night of July 26 was a tragic event for this community and I personally will always grieve for the Hammond family. I would like to thank the hard work of the local and state investigators who handled the cases expertly and professionally. I would like to thank Solicitor Adams, who suffered numerous personal attacks, for her diligence. I thank Chief John Covington for his courage and strength during these trying times as he and his family have been repeatedly maligned. I thank our Mayor and City Council for standing with us during this tragedy. It is now time to start healing Seneca.

In a statement released on behalf of Lt. Tiller by his attorney, John M. Mussetto, Tiller “agrees with the outcome of the investigation. As stated from day one, Lt. Tiller acted in self-defense and the decision today supports this position.”